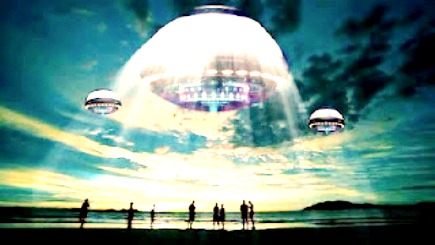 Breaking Astral News
Message:
Many changes are indeed occurring quite quickly now! What you had hoped for, for so long, the “truth” is finally coming into view for those who have only their 3D vision to see, and their 3D perception to interpret what it is that they are seeing. FINALLY they are beginning to QUESTION.
What is also happening on a GRAND scale is a battle for the “gray zone”. These are the individuals who are known and have been termed as “fence straddlers”. While PAT no longer has any energetic attachments to humanity, and while it is no longer your concern to fight for individuals who will decide their own fate, know that these individuals will be heavily under attack by the Forces of Dark as their mind begins to open. Many of the PAT who are sensitive have noticed these dark energies around their personal portals. These “energies” come from several sources, in physical and non-physical form, but come mostly, at this time, from the minds of those who wish to stay asleep– “minions” who are under the spell of the Dark Forces. You child, have even noticed it, and for a moment felt concerned about your own portal, but in the same moment you were assured by me that you and your loved ones were Christ Protected. Also understand that your portal has been fortified and infused with extra Light from the Celestial Realms. Know that the Dark Energies are HEAVILY plotting against your ascension. BUT, understand that they cannot succeed against something that has already been successful.
The chemtrails that you have spotted are being used as part of their weaponry upon the human physical vessel, as well as the water that you are being supplied with–they are hitting it hard now. It has always been their intention to use these forms of physical poisoning, to not only weaken the body, but also the mind, which then affects the auric energy field that surrounds the body. Know that those who teeter back and forth between sleep and awakening can be hugely affected by these types of weaponry. These individuals are being targeted because they have a choice–to stay where they are and experience the soon traumatic events that will transpire on Planet B, or to move into the higher energies of the upper 4th Dimensional Frequency of Planet A/B, through the USE of YOUR personal portal. This is why it was imperative to surround your portals with extra reinforcements, so that your own physical and energetic well being is not compromised.
You have decreed that in your last days you would experience peace and well being for your physical, mental, and emotional bodies. It may seem as if experiencing these very qualities is unobtainable, as each day you continue to wake up experiencing a reality that requires you to participate, to a certain degree, just to keep your physical vessel alive. However, know that no harm OF ANY KIND, will be permitted to permeate ANY of your bodies, as that would be a disadvantage to the Forces of Light. Therefore, while you may still have to partake in the menial task of 3D living, your bodies, minds, and spirits will be fully protected and provided for so that your Light and Energy stays at optimal levels.
However, you may continue to experience some symptoms of the LBP at smaller levels of intensity, and also feel some strain on your physical vessels as gravitational pull from Nibiru becomes stronger, and as solar flares begin to increase in frequency once again.
It has been discussed and it is understood that dates are no longer relevant to pinpointing your time of ascension. Instead, put in their place will be EVENTS, that are clear indicators within 3D reality, that ALL will be able to see and hopefully perceive, as a chance to move into the higher levels of energies they have never experienced before. These events have been orchestrated, in the form of destructive energy, not to cause harm, but only to awaken. They are intended to not only free the souls of humanity, but also to free your “selves” from the responsibility and burden that you could no longer carry.
With that being said, understand that Ascension is imminent, and now it is only a matter of allowing the destructive forces to do the job of awakening. It is our intention that the scale of destructive energy be minimal, but also enough to awaken, and in turn with the detonation of the PAT supernova of ascension this will create the dimensional timeline shift that will instantly heave Gaia into the upper 4th Dimension of Planet A/B.
http://www.stankovuniversallaw.com/2012/08/dories-latest-message-confirms-our-imminent-ascension/

Good luck to those oppressed people, fighting their wicked government...👍🏻👍…"

CHAPTER VIIIOn a certain occasion, while I was in meditation, I was able to clearly verify the meaningintelligent of the…
See More

"I am trying to look for an animation for the alleged formation of the so called Hoag's Object (and other ring galaxies), but I am not finding it! I guess it is ridiculous! I am kin to see how the galaxy will knock off the galaxy and leaves out a…"

And Info Wars should be taken literally when it comes to the COVID scam and climate change.

✨ Also, we shouldn’t stop sharing data on political scams and…"