It is interesting to note in this context that North Korean Supreme Leader Kim Jong Un rode a white horse on the sacred Mt. Paektu last week.  The North Korean Central News agency predicted, “There will be a great operation to strike the world with wonder again and make a step forward in the Korean revolution.”

A sudden move (with U.S. military approval) to unify the Korean Peninsula may well be what Kim is planning.  It is also worth noting that Emperor Hirohito was always pictured as a descendant of the Sun God when riding a white horse during WWII, so this picture of Kim also seems to indicate he is setting himself up as the true Emperor.  Of course, Japanese Emperor Naruhito, who is hosting hundreds of international VIPs for his enthronement ceremony on October 22nd, is of a different opinion.

In any case, Asian intrigue aside, the dragnet is closing on the satanists worldwide, as a “Pentagon pedo task force of Navy Seals and Marines liberated thousands of children from Californian underground bases to deprive the deep state of adrenochrome,” the Pentagon sources say.  Children are tortured and murdered before their blood and adrenal glands are removed in order to extract the stimulant adrenochrome, according to multiple whistleblowers.

The net is also closing in on the cabal following the arrest in India of drug maker Ranbaxy founders Malvinder and Shivinder Singh, who have begun “snitching on the Clinton Foundation,” the sources add.

Buy Book Clinton Cash: The Untold Story of How and Why Foreign Governments and Businesses Helped Make Bill and Hillary Rich

The ongoing negotiations by Israeli Prime Minister Benjamin Netanyahu to testify against his satanic bosses in exchange for leniency is yet another continuing threat to the cabal.  The U.S. withdrawal from Syria has forced Israeli politicians like him to realize they have to cut a deal, because Israel no longer has the U.S. military at its beck and call.

The reality on the ground is that the messianic Israeli project is coming to an end.  A Persian (Iranian), Arab, and Turkish war or intense negotiations will now determine the fate of the Middle East.  The Israelis will have to reach an accord with one of these factions to ensure the survival of their country.  The most likely candidates are their fellow Semites—the Arabs.  In fact, Egypt has now come out against Turkey on behalf of the Arabs, meaning they are Israel’s best hope.

In any case, Russian diplomacy, backed by a tacit U.S./Russian military alliance, will probably make intense negotiations the most likely outcome in the region.

A lot of intrigue is going on in other parts of the world as well.  However, since this is being widely reported elsewhere, we will just note that there are riots and social unrest in France, England, Spain, Ecuador, Peru, Chile, Lebanon, Hong Kong, etc.  The ultimate backdrop to all this unrest is uncertainty at the highest levels of power;  that is, at the top of the financial system.

Buy Book Blink: The Power of Thinking Without Thinking [Intuition and Consciousness]

A European royal says this Bloomberg interview with Federal Reserve Bank of St. Louis President James Bullard discussing regime change at the Fed “is actually a sign that control of interest rate decisions has moved from a manual rate setting by ‘the Committee’ reactive to the global economy to recursive complexity theory using A.I.”  In other words, AI detects repeating patterns in order to make decisions.  This essentially what modern weather forecasters do when predicting things like hurricanes.

However, a global currency reset to stabilize the entire system will have to wait until the old system destabilizes further, the source says.  He predicted the reset would take place in the year 2020.

In the meantime, uncertainty levels, as measured by the frequency of key words in the media, are at levels never seen before, surpassing 9/11, the Lehman shock, the fall of the Soviet Union, etc.  In other words, it looks like the old system is going to have to collapse before the new can be ushered in.

This does not mean all the news is bad, though.  For example, there are now undeniable signs the U.S. military has begun the process of disclosure.  They have been publishing patents for technology like free energy that will totally revolutionize how we live.

Buy Book Undersea UFO Base: An In-Depth Investigation of USOs in the Santa Catalina Channel

Now it looks like an actual demonstration of this science-fiction-like technology will take place on October 30th, according to a U.S. Air Force Academy tweet.


Join us October 30 at 8:30 PM to see something in the skies above the Academy you've never seen before. 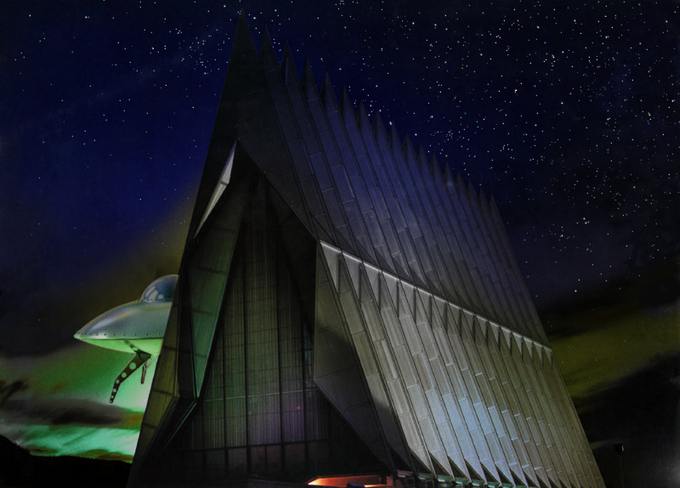 We are also hearing that diamond prices are plunging worldwide because previously hidden carbon technology is about to be released.  Remember, diamonds are made of carbon, one of the cheapest and most plentiful materials there is.  Carbon scientists tell us that diamond windows, tableware, etc. will soon be made available to the public.

Even more exciting, medical technology to make us immortal is being released.  For example, a three-drug combination that can increase lifespan by 50% has been announced.  While the article below says this works for fruit flies, it affects a basic mechanism in our bodies that is identical to that seen in fruit flies.

Let that sink in a bit—technology for free energy, space travel, and immortality is being made available publicly.  These are very real signs that a new age has begun.

Buy Book Super Ager: You Can Look Younger, Have More Energy, a Better Memory, and Live a Long and Healthy Life

Discernment is the process of understanding what something is, which in Fulford’s case, means entertaining his reports without believing them blindly, and then doing the follow-up research/fact checking to determine what actually happened. In this way, it is a real-time discernment exercise.

[The preceding text is the full update.]

[Help support Benjamin by purchasing a subscription at benjaminfulford.net]

Foreign Aid ..NO SIR NO MONEY AS MOST OF IT DISAPPEARS...BUT PROJECTS INCLUDE MATERIALS AND MANPOWER SENT TO HELP WERE NEEDED

What is foreign aid? The most basic foreign aid definition states that it is “…See More
1 hour ago
0 Comments 0 Likes

Ludvig Roth liked amparo alvarez's blog post IVO OF VEGA: THE BATTLE OF LIFE...VERY GOOD ADVICE FROM HIM>..
10 hours ago

Ludvig Roth commented on the blog post 'IVO OF VEGA: THE BATTLE OF LIFE...VERY GOOD ADVICE FROM HIM>..'
"Thank you Amparo, thank you Ivo...I needed to hear that...so much anger still there"
10 hours ago

We Are One commented on the blog post 'It's Time'
"Yes, I am more than ready! Thank you!"
14 hours ago