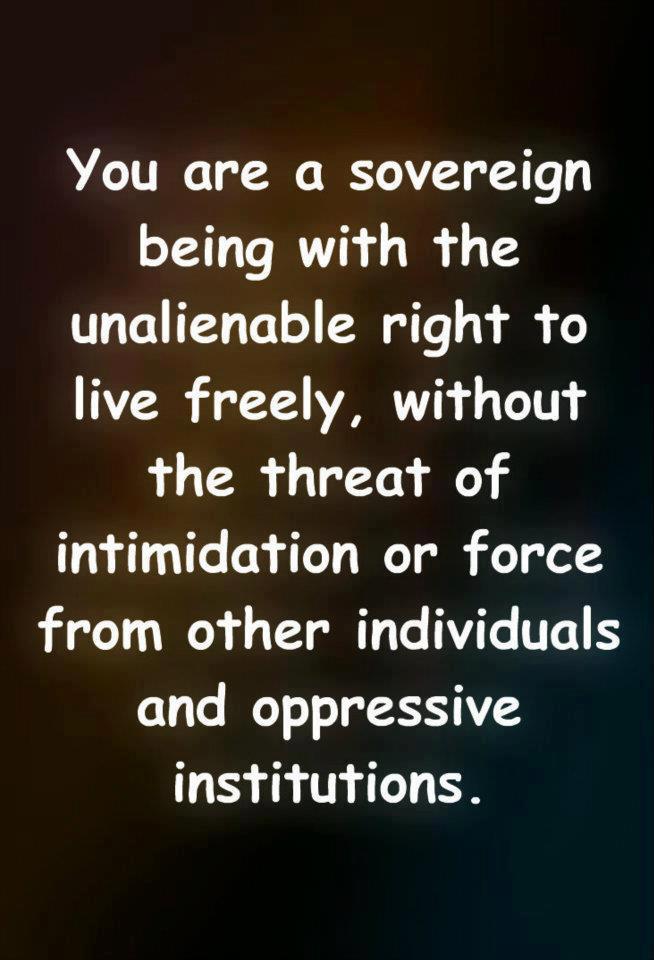 Do you feel like no one should be allowed to commit violence against you and don't always blindly follow the commands of the authorities? Do you film encounters with police....the Los Angeles Times posted an article attempting to define a domestic terrorist movement consisting of as many as 300,000 Americans. Some are even labeled as non-violent "paper terrorists"....They refer to this so-called terror group as "SOVEREIGNS, zealots who refuse to recognize government authority in virtually any form...A central tenet of the sovereigns movement is that its adherents believe they owe no income taxes," also much like the Constitution forbids....federal and state law enforcement are being trained that anyone who disobeys their commands falls into this terrorist movement and may pose a violent threat to them...anyone who protests the government...And, apparently, everyone fighting the banks in foreclosure...is... now considered domestic terrorism....1984 is here.

Joe Wright
Activist Post
Feds Identify 300,000 Americans as Terrorists
Do you hate paying taxes? Are you fighting foreclosure? Do you feel like no one should be allowed to commit violence against you and don't always blindly follow the commands of the authorities? Do you film encounters with police or believe gold makes better currency than Federal Reserve Notes? Well you might be part of a domestic terrorism movement and not even know it.
On Friday, the Los Angeles Times posted an article attempting to define a domestic terrorist movement consisting of as many as 300,000 Americans. Some are even labeled as non-violent "paper terrorists".
Is there a more Orwellian term than "non-violent terrorist"?  If you can think of one please share it in the comments below. 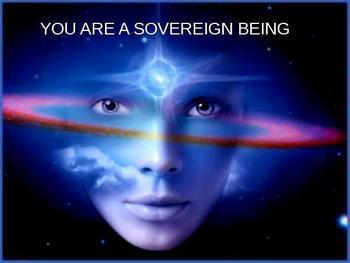 They refer to this so-called terror group as "sovereigns, zealots who refuse to recognize government authority in virtually any form."
When attempting to further define and identify individuals in this movement, some very broad and dangerous stereotypes appear.
"Sovereigns believe U.S. currency has no value but recognize precious metals as valid currency," wrote the LA Times, much like the US Constitution does.
"A central tenet of the sovereigns movement is that its adherents believe they owe no income taxes," also much like the Constitution forbids.
What's more, federal and state law enforcement are being trained that anyone who disobeys their commands falls into this terrorist movement and may pose a violent threat to them.
"Sovereign citizens are more likely not to obey their commands and more likely to commit violence during a traffic stop," said Detective Rob Finch who's made a cottage industry of anti-sovereigns police training.

"They refuse to recognize your authority, and that creates a dangerous situation," Finch emphasized.
The LA Times piece points to a handful of colorful examples of people who defended themselves against police aggression, or who were plain crazy, as to why the movement should be considered violent.
But they don't stop there. The FBI has even invented a new form of terrorism committed by nonviolent sovereigns called "paper terrorism".

Even nonviolent sovereigns can cause headaches through what Finch calls "paper terrorism." Some squat in foreclosed homes and file phony deeds claiming ownership, "paying" with photos of silver dollars.

Who knew fighting foreclosure was a form of terrorism? Paying taxes and mortgages with hand-written notes and photos is just funny, not really a threat to anyone.
However, self-described "sovereign citizen" James Turner faces "a potential maximum prison term of 164 years, a maximum potential fine of $2,350,000, and mandatory restitution" to the state for the nonviolent act of paper terrorism.
A blog for law officers, PoliceOne.com, also tries to help cops identify sovereign citizens, saying they'll "likely to be argumentative with police authorities...may attempt to videotape your encounter...may refuse to give you their name or documents..."
To his credit, the article's author states that the "Sovereign Citizen movement is not an organized civil or criminal enterprise. It’s a fractured series of loosely affiliated individuals who adhere to anti-government ideologies."

It should be noted that the Feds and local law enforcement all received these characteristics and tactics from one original source: The Southern Poverty Law Center (SPLC). The SPLC has been on a publicly-funded partisan crusade to demonize so-called rightwing or patriotic extremists.
In 2010, SPLC put together a short documentary about "sovereign citizens" and the threat they supposedly pose. To help identify potential sovereigns, they warn about certain bumper stickers and challenges to authority in a professionally produced propaganda video.
Significantly, the video below has three times as many down-votes on YouTube as up-votes.  Watch it below:
https://www.youtube.com/watch?feature=player_embedded&v=d_y-gLm9Hrw

Many believe that SPLC gets paid to make mountains out of mole hills to keep the terror-industrial complex thriving. After all, when are bumper stickers and paperwork a threat to anyone? And only an extreme minority react defensively when they are threatened by men in costumes they don't worship as authority.
What's confusing is that those who would try to either lump people with these characteristics into a collective group are either operating out of ignorance or with an agenda, or a little of both. The adjective "sovereign" when referring to a citizen or a state is defined as "enjoying autonomy, or independence".

The most extreme sovereigns would certainly not adhere to the authority of any collective that aims to define them as a group. And just because one person who adopts this philosophy ends up shooting a cop, doesn't mean all people who hate taxes or fight foreclosure are violent threats. To think otherwise smacks of a demonization agenda, nothing more.
The few examples of "terrorists" who committed violence are used as examples in every single article about Sovereign Citizens clearly aiming to smear the entire ideology as inherently violent. Yet, in every case, who initiated force against whom?
Some may argue that if an armed stranger forced you to pull over your car, or demanded entry into your home at the threat of shooting you or putting you in a cage, it could be considered an act of aggression or violence against you as a free and sovereign human no matter what assumed authority the aggressors think they possess. Strip away labels and you are defined by your actions.  What does that say about actions of the cops or the feds?
Is that really too complicated to add to these articles? The problem with doing that of course is that too many people may then sympathize with these people and the label of terrorist may not stick very well. In fact, it may expose the entire war on terror as a complete fraud, looking under cracks for perceived threats against people who just want to be left alone.
It's unclear where the Feds came up with number 300,000 for potential terrorists wrapped in this label, but the number may not even be half of it.  Now, anyone who protests the government can be considered anti-government which is also now considered domestic terrorism. And, apparently, everyone fighting the banks in foreclosure with creative paperwork are also terrorists.

This begs the question, who isn't a terrorist?
If the fraudulent banks and the guys with the badges, guns, armored vehicles, drones, surveillance equipment, and torture cages are the good guys in this plot, while foreclosure victims and advocates of individual liberty are terrorists, our society is in very big trouble.