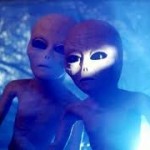 Many Advanced Beings or Aliens as we people here on earth call them, live here on earth far below the earth’s surface… protected from the current limits of our modern technology being able to detect them. All of us here on earth have incarnated many times to learn our individual lessons and overcome the challenges that we here on earth, are to learn from our life experiences. We are here to search for truth, see ourselves for who we are and evolve.

The way the universe works, which is an amazing perpetual self-correcting machine, we go through thru (4) 12,000 (est.) year cycles orbiting from low pressure to high pressure with each cycle. When we enter a new cycle, that means the earth being the machine that it is, is too hot in some places; therefore, to cool off, it must shift gears, which can cause catastrophic floods, earthquakes, droughts, etc… during these cycle changes and we are nearing the end of a cycle. This is quite normal and when you look at our history, we know this has happened many times before. It’s also quite normal when some of the catastrophic events happen, that sometimes we are forced to live as primitive people once again!

Mankind has gone from primitive, to modern to advanced many times before but we still have not learned our lessons. Currently, we live in a modern society with quite a bit of technology. However, in the future when scientists learn how to map the inside of a particle, they will discover that we are multi-dimensional beings and we will become an advanced society with advanced technology or other dimensional technology.

Let’s face it… no one truly wants to die and that’s why scientists are studying our genes, etc… (we have been here many times before) but once they discover the secrets of other dimensional science and technology, they will learn there are ways to become immortal (just as this has been done in the past by our Advanced Being/Aliens brothers and sisters) but it has been done in the most primitive way with “science” (meaning mankind or not all known facts) advanced technology as written herein. To make a long story short… let’s just say… the ones we consider Advanced Beings/Aliens now… they screwed up by not having all the answers and making the decision trying to become immortal by man’s technology or science. There is only one way… the “right way or God’s way” to become immortal and that is by becoming a “Divine Being”, the type of person that can live in Paradise with God’s technology! This is God’s plan and these Advanced Beings made choices without knowing the whole truth or consequences of how to become immortal God’s way, to where they could still be human, happy and yes, have earth sex for it cannot be synthesized and sex with our loved one, is truly a gift from God!

That is the reason for articles that I write, so that hopefully truth can finally be learned and understood by following a path of logic, which will always lead us to truth!

There is only one right path for us all to take and evolve and many wrong paths which we keep doing time after time, because we have not learned our lessons of past and keep repeating them over and over. We are at a time now being a modern society with modern technology that people can now finally understand this truth that is being taught in these articles if people will just read them!!!

There will come a time in the future where some (usually the powerful and wealthy) will be faced with these same choices that Advanced Being Aliens have made in the past of how to become immortal. And unless we search for truth and see ourselves for who we are and why we keep making these same choices; we will continue to make them again following each other into oblivion of this that we think, feel, believe or theorized to be truth… which is no TRUTH at all!

Answer this… why is it that we would we keep making the same illogical choices over and over, lifetime after lifetime? That’s the million dollar question and if you can learn to listen to the answers that are given to us from within our heart center (not with the mind) which is where God is always talking to us… we will hear truth and do it the right way, the only way, OR continue to follow each other into oblivion! God will not give us truth if we already “believe” we know it. That’s illogical and does not follow the universal law of physics. God is a great parent and does not give us anything we do not work for. Truth has to be earned by doing the work and stop “believing” we know. So until we can finally say to God, “I know nothing” with a sincere open heart and ask God to teach us this that we need to know and work hard in asking the questions and learn to listen from within and not to others, we will continue the same evolutionary path. It’s time to evolve and do it the right way, the only way!!!

J.S. Thompson is a retired senior government official with a graduate degree from the University of Texas.  The subjects of his compositions are:  Advanced and divine beings, aliens and UFOs, the physics of how the universal machine functions, advanced and divine technology, science and theory, the dynamics of a healthy economy and prudent government, as well as, all things mystical! His sincere intent and goal is “Universal Unity” and attempts with his writings… to inspire and to inject a philosophy which asks those that read them, to consider Eternal Life; not by primitive religion or beliefs but by God given logic that is inherent in each and every one of us