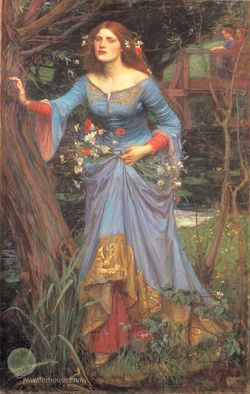 In an effort to lighten my energies I am writing about my experience as a "Walk in"  My body age is now 80 - my personality age (containing soul) is 74 because I entered this body during anaesthetic in an operation to save my life in the year 1947 - birth year 1941. This is how it took place.

A soul did service for me and entered my mother's womb at conception.  It was because she would have aborted my soul as it was too strong for her to carry, but my soul needed to be here with the two chosen parents for karmic evolution and service.  The soul already in service was born through my mother.  During the anaesthetic that soul left and this one (me) zoomed in.  It took a thousandth of a second for this to happen and no one, not even my parents, would have noticed the difference.

I woke up in a hospital bed, totally alone and with no visitors - they were not allowed in those days due to infections. Penicillin had just been discovered and I was full of it, terribly lonely and afraid. Where was everyone? Then I saw two peole outside of the plate glass window - I recognised them, because of course the previous soul would have left certain memories, but even to this day, I know that I wasn't born of mother, have had difficulty in being grounded, and only a few years ago realised that my left side did not 'dock' properly causing illnesses of varying kinds and left brain inadequacy causing me find mentally orientated subjects, such as maths hard to grasp.

So life went on but I made so many mistakes - I felt an alien (which I was as I understood I had came from the Plaiadies) didn't make friends and was just generally very lonely, not understanding my plight.  Eventually in my  forties I found a 'channel' in Glastonbury who gave me the welcome news that I was going through a fire initiation hence the confusion, but also who I was - a walk in - this information helped me enormously but of course did nothing to change my life, just helped me to feel that yes, I was a bit of an odd ball - I did see things differently and was generally not accepted.  Remember all this took place seventy years ago - nothing was known about ascension and the like, anything a bit unusual was certainly considered to be weird, as I was of course.

I obviously took interest in anything 'esoteric' and met people of like mind and began channelling. Then a life changing discovery in the "Bringers of the Dawn" chanelled by Marbara Marciniak and I knew that I had come home.  The book has been my 'bible' ever since, and has answered many questions, except the loneliness.  I have always felt on the outside looking in, not accepted, I cannot understand people though I can get on with anyone, but find most minds very 4d. and sometimes I don't even know what they are saying, the language seems weird.

Still not really sure of my mission except that I know I had to be here. Was told that I carry a certain light code that has to be grounded - I pay a very high price for this - well some of you can relate to that and quite honestly at my age, sitting here alone I know that when I do come over life will certainly be better!! 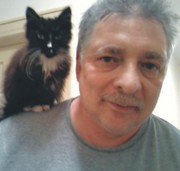 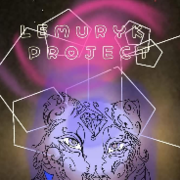 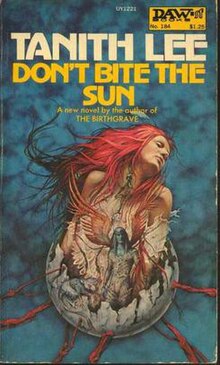 In the 2nd novel the protaganist goes from B to A--Everything is controlled by an AI including birth and death-most activitiea are naughty to bad-Don't Bite the SunFrom Wikipedia, the free encyclopedia   Jump to navigation Jump to searchDon't Bite…
See More
More…
Loading ...