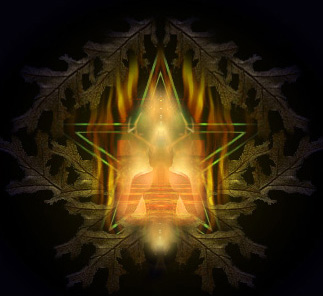 It is a wide-known fact that meditation is a powerful tool against stress, fatigue and anxiety. However, numerous scientific studies have shown that mindfulness not only makes you relaxed and helps you unleash your inner potential, but can also significantly benefit your health and affect your body on a physical and even genetic level.

The results of a study at Harvard Medical School showed that just two months of regular meditation practice completely rebuilds the human brain.

The experiment involved 16 volunteers who participated in the 8-week program aimed to reduce stress through mindfulness, developed by the Centre for Mindfulness of the University of Massachusetts Medical School. In weekly sessions participants were trained to focus on the awareness of their body’s senses, feelings and states of mind. Moreover, they had to meditate at home in their spare time.

All participants underwent MRI brain scanning before and after the training program. A comparison of the results showed an increase in gray matter in the hippocampus, a brain structure involved in memory processing, and in some other areas of the brain associated with self-awareness and introspection.

2. Meditation can help you learn to control your immune system

Scientists led by Matthijs Kox of the Radboud University Medical Center in Nijmegen, the Netherlands, studied Wim Hof method, which is very much alike to the Tibetan Tummo technique (the so called “yoga of inner heat”) and includes breathing exercises,  third-eye meditation, and cold exposure, and used it to train 12 volunteers to fend off inflammation.

The experiment involved 24 volunteers, comprising 12 people trained in the Wim Hof method and 12 people who were not. All participants were injected with a strain of bacteria which provokes flu-like symptoms.

As the results of the experiment showed, the volunteers who underwent training with Hof method displayed fewer and less intense flu-like symptoms than those who did not.

A study at Massachusetts General Hospital led by Dr. Randy Zusman showed that mindfulness practice helped patients decrease their blood pressure level. During the three-month study, the patients were trained to practice the so-called relaxation response, a technique suggested by cardiologist Herbert Benson 30 years ago. As a result, 40 of 60 patients who participated in the study reported drop in blood pressure.

In another study led by Robert Schneider of the Maharishi University of Management divided 201 African American men and women, who are at higher risk of heart disease attack than whites, into two groups: the first one attended educational classes about diet and exercise and the second one followed a transcendental meditation program. As a result, the researchers found a 48% decrease in the overall risk of stroke and heart attack among the members of the meditation group in comparison to those from the health education group.

4. Meditation changes your body on a genetic level

Researchers at Harvard Medical School found that ”disease-fighting genes” were more active in long-term practitioners of relaxation methods such as meditation and yoga, compared to those who did not practice any form of relaxation.

It appeared that the genes that protect the human body from disorders such as high blood pressure, infertility, pain, and even rheumatoid arthritis were switched on in those who practiced meditation. According to the researchers, the changes were due to “the relaxation effect”, which could be as effective as any medication but without the side effects.

5. Meditation can slow down the aging process

According to the researchers at the Shamatha Project, which is a multi-million dollar effort aimed at studying the benefits on meditation for the human health, a regular meditation practice can sharpen one’s perception, enhance the sense of well-being, and encourage empathy towards others. Moreover, the Shamatha Project researchers came to the conclusion that, through alleviating stress, meditation may also be an effective tool against the effects of aging.

That’s because with age, telomere length decreases, which prevents cell division and thus leads to tissue aging. The rate of telomere length shortening depends on the activity of the telomerase enzyme, which, in turn, is very much affected by the cardiovascular risk factors caused by stress. Thus, by fighting stress, mindfulness practice can play an important role in slowing the rate of cellular aging.

About the Author: Hi, I like learning new things and sharing my knowledge with others! I post science, psychology, self improvement and other related topics. I'm particularly interested in topics concerning consciousness and subconscious, perception, human mind's potential, as well as the nature of reality and the universe.

St Germain, One Who Serves and Shoshanna - NOW IS NOT THE TIME TO BE PASSIVE via James McConnell