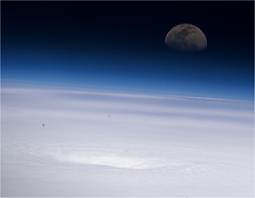 The Energy of the Storm

Have you ever noticed a change in the energy when a storm is rolling in?  I used to think that each storm had the same kind of energy, but recently i have begun to wonder.  I seem to be sensitive to the energy of storms. Some storms have a very soothing effect on me and it doesn't seem to have anything to do with their size.  One of the worst storms to hit my area was one of the most comforting to me.  It was Hurricane Fran.  I had a 6 year old son and one about 4 months along, still in the oven.  Our neighborhood was very wooded and our lot (about 1/2 acre) was no different.  When she started to reach our area I became very relaxed.  I stood on the front porch and soaked in this very powerful, but calming energy.  As the night went on, I went to sleep.  I woke up to my husband jumping out of bed.  It was the middle of the night, the wind was howling, the house was being pummeled with rain and branches.  He reported that a neighbor's enormous oak had landed across our drive-way.  I went back out to the front porch and looked up in the night sky.  It was surprisingly light in the sky, so much so, that even in the middle of the night, in a neighborhood with no street lights, the dark trees were silhouetted very distinctly against the light sky.  They were bending and swaying in the strong winds.  The rain was coming down sideways and it was amazing!  I could hear trees in our neighbors' yards snapping, but i was still very comforted.  She was showing us that, as powerful as we thought we were, she was more powerful.  She held our fate that night in her hands and I felt safer there than in that of our so-called "humanity."  I knew then that she wouldn't hurt me.  I turned away and went back to bed.  I slept like a baby the rest of the night.  People around us sustained quite a bit of damage and we lost 21 oaks and maples in our yard alone.  But our house was untouched.

Then there are storms that send a kind of electric energy before they even reach me.  It's like the very air is getting ready to burst. It's a fun kinda energy that makes me want to run and dance.

Then there are storms like Sandy.  She's off the coast of Georgia right now and isn't even projected to head inland until after it passes North Carolina.  But I'm already picking up her energy - and it is different still.

I also seem to be sensitive to old trees and the mountains.  So, my question would be. . . . are there others out there who have had similar experiences?  Perhaps with other elements? 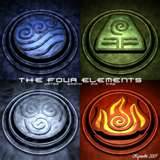 "Ara, I love this :) I learned Tai Chi (a few decades ago), and still use a warm-up called the Dragon Curl...which works with breath, to take all rigidity from the body and let the chi flow...in Tai Chi you breathe down to the the lower…"

"Drekx and Malcolm. I am SO Sorry for treating you like shaite a few years ago. I were cocky, full of self righteousness, and convinced that I were Right. I know now that I weren't. We should connect again. I Truly miss you guys."

"Where's Drekx and Malcolm when we need them the most? :)"

"Bluesword Angel, Are you saying that we should LEAVE ACC in order to get what you're trying to communicate?"

Most of us just ignore the emotions that are thrown towards us and don't realize that the universe is showing us these emotions in other people because its a reflection of our own
See More
More…
Loading ...