For two weeks already, angry Israelis have been camped out in squares across the country. Last night, the protests culminated into an historic march.

The world is shaking, and the revolutionary wave washing across the Mediterranean is still going strong. Indeed, for the past two weeks, there have been ample signs that the Arab Spring might be spreading right into the heart of Israel, in what Haaretz has already dubbed “a revolt by the middle class.” As one student leader put it, it’s a widespread protest “against the last three decades of extreme economic neoliberalism.”

Last night, some 150,000 angry Israelis took to the streets of Tel Aviv, Jerusalem and other cities across the country to protest for social justice and against the lack of economic opportunity. Styling themselves after pro-democracy protesters from Cairo to Madrid, the indignant youth of Israel have been occupying central squares throughout the country, setting up tent camps and holding Spanish-style general assemblies.

While the protests were born in opposition to unaffordable housing costs, and the rising cost of living in general, they have since spread to take up a number of other progressive issues, like access to food, education and health services, women’s rights and unionization. The protests have been joined by striking doctors, who have been protesting for months to demand an end to the government’s cuts in public medicine.

Already, after just two short weeks, the movement is being credited in the Israeli press as posing the single greatest challenge to Netanyahu’s far-right government. The Prime Minister, whose approval rating is rapidly plummeting, has already been forced to pledge huge reforms, while the protests have led to the resignation of the Director of the Ministry of Finance, citing professional differences with the Finance Minister. 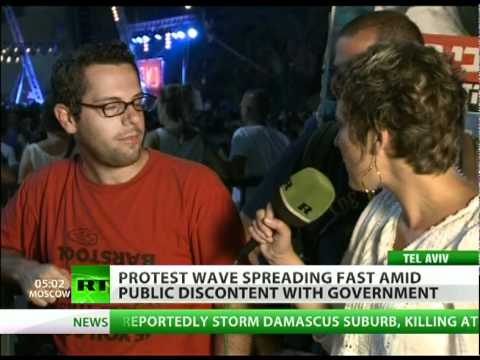 Unlike in Spain and Greece, the mainstream media in Israel appear to hail the movement as a force for good. This morning, Gideon Levy wrote for Haaretzthat “As of yesterday, [Netanyahu] is a lame duck. Last night, Israel’s 17th prime minister was handed his walking papers. When tens of thousands of Israelis across the country scream, “Bibi go home,” Bibi will indeed go home. Bye bye, Bibi, good-bye for good.”

Polls say that a spectacular 87 percent of Israelis support the protests — repeating a trend from Spain and Greece, where similar non-violent protests against social injustice and economic malaise have drawn widespread social support. According to 972, an online magazine whose coverage of the protests has been exceptional, this unprecedented outburst of popular outrage reached its crescendo during last night’s mass rally:

In Tel Aviv, the roar of frenzied euphoria mixed with anger preceded the crowd as the parade rounded a major intersection on its way to the Tel Aviv museum. Screams of “revolution” were echoed all over the country. Estimates speak of 10,000 in Jerusalem, similar numbers in Haifa and Beer Sheva, along with demonstrations in Kiryat Shmona, Nazareth, Ashdod several other locations.

The sudden swelling of the movement comes after an earlier threshold was reached last weekend, with 40,000 people participating in a major march in Tel Aviv, chanting “Mubarak! Assad! Netanyahu!” and demanding the ouster of the premier. Still, in the midst of all this telegenic outrage, it has to be remembered that the largest burden of Israel’s unjust and undemocratic political system still falls squarely on the shoulders of those who are not even allowed to protest.

It has not been forgotten, for example, that just two months ago, Israeli Defense Forces “quietly” shot dead at least 15 Palestinian protesters on Nakba Day. Just this weekend, in yet another tiresome repetition of a continuous cycle of shameless violations of democratic principles and human rights, the IDF violently cracked down on a peaceful protest against the Wall. It is still in these small-scale protests that we find the real heroes — Palestinian and Israeli alike. 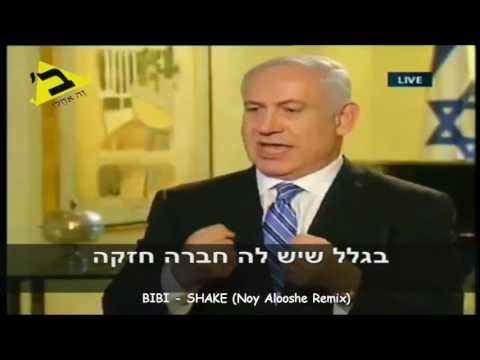 It is therefore sad to see that protesters are so afraid to raise the crucial issue of the occupation as a cornerstone of the demands for social justice and real democracy. As one protester, Dahlia, put it in 972:

The only thing missing was, for me, the critical thing: a strong cry in support of democracy, rejection of the boycott law and every other legislation to threaten our freedom … it’s a shame that nobody dared raise the conflict, the source of so much social malaise in Israel. It’s a shame that the promised demonstration to defend Israeli democracy seems to have been swallowed up by this and not a single sign or voice protested the boycott law, which might be a slippery slope towards ending our very right to protest, that I saw. “The government against the people and the people against the government” really doesn’t say enough to stem the tide of anti-democratic trends and legislation.

Still, despite these glaring shortcomings, we should not commit the same mistake as the Greek anarchists made in their response to the indignant at Syntagma. While there is something to be said for purism of principle, nothing will ever be achieved without a healthy dose of pragmatism. It is important to realize that the ouster of Netanyahu will remove a major obstacle to peace in the region. This alone is a major reason to support the movement.

Also, we cannot discount the genuine struggle of our Israeli brothers and sisters. So many good people in Israel are sick and tired of being represented by the far-right, conservative Zionism of a narrow political, economic and military establishment. They genuinely want to overthrow the oligarchic, racist elite that enriches itself at the expense of Palestinians and Israelis alike. Despite the movement’s evident shortcomings, global activists must support its struggle.

As Levy put it, “There can be no better public relations campaign for this despised, shunned country than the demonstration last night of this new Israel.” In a sign that the movement transcends the ethnocentrism of the “Jewish state”, protesters openly expressed their admiration for the revolutionaries of the Arab world. “There has never before been such a demonstration in Israel,” wrote Levy, “everyone together, young and old, right and left, Arabs and Jews.”

We apologize for our relative silence on the issue until now (which was mostly time-related) and will try to keep you updating you on the latest developments. Via 972: ”Here are some images of the protests in Tel Aviv and Jerusalem, followed by a slideshow of images that caught the eye of 972’s Yossi Gurvitz”:

Policemen. Sign in the back reads: “You are fired!” (photo: Oren Ziv/activestills)

A young Israeli holding a container of cottage cheese. The sign reads: “I bought my cottage cheese, now all I need is a fridge and an apartment” (photo: Oren Ziv/activestills)