A pair of young inventors from Mexico will unveil the very first organic leather made entirely from the nopal—or prickly-pear cactus this week—offering a sustainable, stylish, and eco-friendly alternative to leather.

The two innovators, Adrian Lopez and Marte Cazarez, will be travelling from the city of Guadalajara to the Lineapelle international leather trade exhibition in Milan, Italy, on October 2, where they will present the innovative leather substitute to the world’s top designers in hopes that the product can become a staple in the luxury fashion industry.

For two years, the two men worked on creating the leather alternative that they claim is not only environmentally sustainable and entirely plant-based but is also breathable and lasts for at least a decade, reports El Heraldo de México.

The invention comes as consumers and brands increasingly turn away from inferior faux leathers made with petroleum-based plastics, which are hard to clean and far less breathable than genuine animal leather.

The nopal cactus has long been a national symbol of Mexico as well as a crucial staple of the Mexican diet. Since pre-Hispanic times, the antioxidant-rich nopal has been prepared in countless ways within the Mexican kitchen—whether mixed with salads, meats, poultry, avocado, eggs, cheeses, or blended with corn tortillas, candies, and fruit juices. The staple crop is also used as feed for livestock. Millions of acres across the country are devoted to cultivating the plant, which produces abundant amounts of both fruit and vegetables.

In addition to its edible qualities, the prickly pear has also been used for medicinal purposes and as a dye for textiles and murals. In recent years, Mexican inventors have even created a nopal fiber that can be used in the aeronautics industry or as a substitute plastic for biodegradable straws and cutlery.

“The cactus has many cosmetic applications: in shampoo, in creams.

So, we figured: ‘If it’s good for the skin, why not create a [nopal] leather?’, And this was how the idea was born.”

The two young men worked to develop the idea despite some discouraging the pair and calling the idea crazy.

“Mexico has the potential to innovate, [especially] with nopal, which is the symbol of the country. But so many people told us we were crazy! Even our engineers told us that that could not be done.

We said: ‘why not? We are in Mexico, we are Mexicans, what raw material is more suitable for us to exploit than nopal? It grows by itself, it doesn’t need much watering, it doesn’t waste much water.’

That’s when we began to experiment with the nopal and, after several tests, we were able to develop a resistant material.”

Lopez and Cazarez were also inspired by recent innovations coming out of Europe, including leathers such as Frumat—an Italian textile made from the waste from processing apples—and Piñatex, a Spanish textile woven from the fibers of discarded pineapple leav 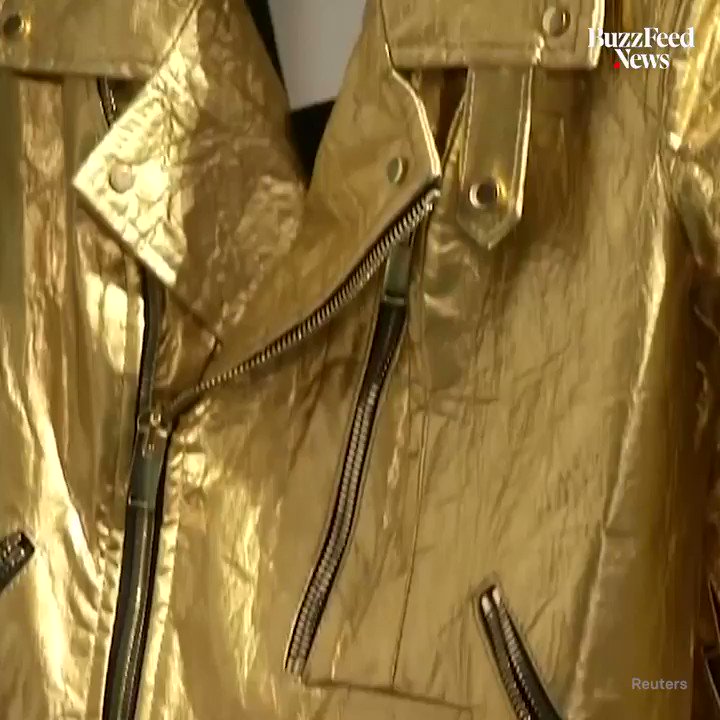 After a long period of trial and error, the two made a breakthrough a few weeks ago when they devised an organic blend of nopal and cotton with the proper hand feel and attractive look that consumers require. Lopez and Cazarez also guarantee that their product can last for 10 years and has the chemical and physical properties required by the fashion, furniture, leather goods, and automotive industries.

The nopal leather can be used to make “a small dress, a purse, a belt, a watch strap, a small bookcase, or an armchair,” Cazarez noted. He added:

The inventors also rooted their dreams in the goal of assisting the farmers who grow and tend the massive cacti. Lopez said:

“It makes our work more meaningful because this isn’t only about fashion and the environment.

We also want to somehow support workers in the fields and create jobs, even indirectly.”

No one should be wearing animal skin ...the karma of killing the animal for its skin is heavy ...plus the smell of leather ...really its repulsive just to see someone wearing leather or carying leather goods like wallet and handbags ..shows the person doesn't care for the well-being of the animals as long as he is alright

All those who wear or carry anything made from animals know them to be murderer's .... who will be born in their next lives as the animals from where they got their products

Alan commented on the group 'UNIVERSAL LAWS'
"Thank you so very much, Amp for including me as part of the Group, it is a Blessing and an Honor in…"
5 hours ago

Alan liked amparo alvarez's discussion UNIVERSAL LAW # 3 - THE LAW OF ABOVE AND BELOW, WITHIN AND WITHOUT, BALANCE
5 hours ago