How Powerful And Protective Is THE ATLANTIS RING

It's got protective and healing properties:

Read all about it According to a story told by the French writer Roger de Lafforest , one of the famous people who were convinced about the protective properties of the Atlantis Ring was the British archaeologist Howard Carter who felt that because he wore the ring he survived other participants of the expedition investigating the grave of Tutankhamun.
The Book “Ces maisons qui tuent” (Houses that Kill) describes a series of locations and events that affected people’s energy in a detrimental way in the 1950’s and it mentions tools and special devices that were effective in the protection and transmutation of these harmful frequencies. The author, when describing the Atlantis ring,  mentions the story of Howard Carter, the archaeologist who survived the “curse of the Tutankhamon mummy” whose tomb was discovered in 1922. At the entrance of the tomb, there was an ominous inscription that threatened those who dared to disturb the Pharaoh’s eternal sleep. The first to succumb to the ‘curse’ was Howard Carter’s partner Lord  Carnarvon, who died suddenly soon after the discovery from an inexplicable cause. Within a short 2 year period, the list of those touched by a similar and mysterious deadly fate included over 18 names. The author states that Howard Carter was the only person not affected by this chain of events and according to the book, the reason was his protective amulet, the Atlantis ring.

Howard Carter is the archaeologist who, in 1922, discovered the tomb of Tutankhamen. At the time, everybody was surprised because of the fact that the curse of King Tut’s tomb did not affect the archaeologist. It is said that Carter had a ring found in Assuan in the tomb of a priest called Jua. The ring was bought in 1860 by the Egyptologist marquis d’Agrain. 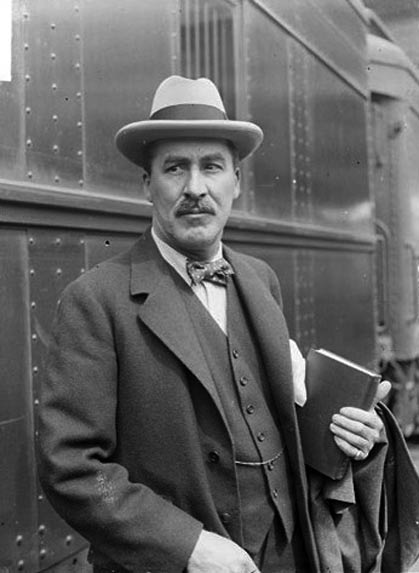 The ring had geometric figures covering it such as three straight lines and triangles. The figures on the ring had been arranged according to the principles of esoteric knowledge. The design was meant to protect a person from danger, curses, and black magic. Today, the ring is known as “the ring of Ra” and it is believed that it was originally designed by the people of the lost city of Atlantis. According to the same theory, Egyptians are regarded to be the descendants of these people. As for the ring, an explanation is that it follows the principles of radionics which can have positive or negative effects on the individual who wears it.

Ok now my story ..I got the ring today and already my body seems to be strengthened...it's a wonderful ring and I got it from:

If you live in London

This store has also got a large selection of crystals and a few other products...like black seed oil.

The reason I got it from this store is that they had a stall at The Om Yoga Show where I talked to the person who makes this rings and he seemed very genuine and made sure the ring was done to perfection.

I like the ring as already its put a protective and healing ring around me..I feel good

I simply do not need your ring....Sell water to the desert nomad who thirsts, rather than to the wealthy Lord, with garden well.....Give food to the homeless beggar who starves, rather than the prosperous Prince, feasting in the great castle's hall....Give knowledge to the befuddled cretin, who cannot read the directions on the signpost, rather than the sure traveller, who is renowned for punctuality and alert vigilance.....I COULD GO ON.......

It is not my ring and I am not forcing anyone to buy it ...all I asked you is to go and check it out and see the wonderful crystals they have in this store and then tell us your views ...seeing is believing ...you haven't seen the shop so you can't really tell much.

They say : The Atlantis Ring is said to be a personal object in the sense that it slowly but surely adjusts itself to the body energies of the wearer. The Atlantis Ring protects its wearer from negativity from outside influences. It promotes intuition, protects against accidents and prevents dysfunction of the aura. It is like a shield for the wearer, which allows positive energy and wards off negative energy. It helps in addition to one's spiritual growth. It helps you discover who you really are and who you really want to be.

Valana (Patti) replied to the discussion 'A LITTLE GIRL WIT5H A FLOWER - Our Sweetest Memory' in the group Cmdr. Val Thor: LIVE
"Alan, I doan't want you to feel badly because you thought the llions were dogs as my daughter…"
32 minutes ago

Hellen commented on the blog post 'Benjamin Fulford Shares: “The Underground War, Happening Now…” Whitehat Alliance Operations to Dismantle Deep State Assets and Underground Bases'
" That is a massive operation going there. God Bless them for their courageous…"
37 minutes ago

Valana (Patti) replied to the discussion 'MY PAST LIFE READING BY DR. LEO SPRINKLE 1999' in the group Cmdr. Val Thor: LIVE
"There's been a healaing here by reading this, I had not read it in nedarly 20 years though…"
39 minutes ago

Hellen commented on the blog post 'Benjamin Fulford Shares: “The Underground War, Happening Now…” Whitehat Alliance Operations to Dismantle Deep State Assets and Underground Bases'
"  I believe this the reason why so much is happening on the surface of the earth. Bio Weapons…"
1 hour ago

Hellen replied to the discussion 'Red Cross Under Pressure For Withholding Two-Thirds Of Bushfire Donations... OUTRAGEOUS TO SAY THE LEAST'
"Red Cross is owned by W.H.O  ( World Health Organization ) ."
2 hours ago