Genetic Code of Every Lifeform Under Attack by World Elite “The genetic code is 3.6 billion years old. It’s time for a rewrite”


Genetic Code of Every Lifeform Under Attack by World Elite

“The genetic code is 3.6 billion years old. It’s time for a rewrite” 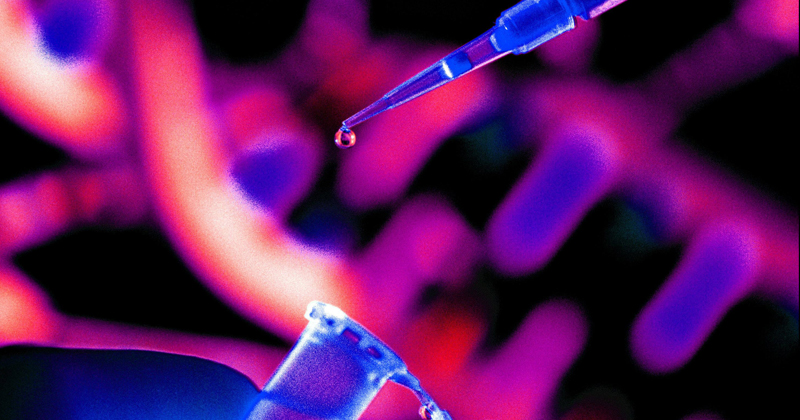 An arrogant scientific elite has divorced themselves from common sense, natural law, and the rest of the human species in their quest for full spectrum domination.

The very genetic code of the planet’s biosphere is being overwritten; The ultimate goal being the ability to manipulate, patent and program at will the biological processes of all life.

Tom Knight, professor at MIT’s Artificial Intelligence Lab, said in 2007 that “The genetic code is 3.6 billion years old. It’s time for a rewrite.”

In 2013, Fidelity Investments published a video outlining the future of synthetic biology:

Synthetic biology, according to a 2005 European Commission paper is “…the engineering of biology… the synthesis of complex, biologically based (or inspired) systems which display functions that do not exist in nature.”

Geneticist Craig Venter is a pioneer in the field of synthetic biology. In 2010 the media hailed his team’s success in creating “the first self-replicating species we’ve had on the planet whose parent is a computer.”

The Edge Billionaire dinner – comparable to the secretive Bilderberg group – is an annual gathering of tech elites that has hosted Jeffery Epstein, Craig Venter, Bill Gates, Jeff Bezos, Larry Page, Bill Joy and many others.

Physicist Freeman Dyson described the individuals leading this group as having god-like power to create entirely new species on earth in a “New Age of Wonder”. He describes them as:

“…a new generation of artists, writing genomes as fluently as Blake and Byron wrote verses, might create an abundance of new flowers and fruit and trees and birds to enrich the ecology of our planet.”

As revealed in the 2005 book “The Google Story“, Google founders Larry Page and Sergey Brin met with Craig Venter – credited with creating synthetic life – at the Edge Billionaires meeting.

Also present were representatives from the U.S. State Department, Bill Gates, Anne Wojcicki, Bill Joy and dozens of other tech company CEO’s and scientists. The authors write, “Not long after the dinner in California, Brin and Page teamed up with Venter. The biologist gained access to Google’s immense computing power and personnel.”

Coronavirus vaccine to use synthetic DNA created by computers

The New York Times reported on the developing vaccine technology in 2015. As the Times reported, animal tests on the synthetic DNA vaccine “are essentially re-engineering the animals to resist disease.”

Now, research-backed by the Bill and Melinda Gates Foundation will use genetic code created by computers in a potential coronavirus vaccine.

As reported, the Gates-funded synthetic biologists believe that they can “do better” than nature with self-assembling nanoparticles that will be injected into your body:

“With all due respect to nature, synthetic biologists believe they can do better. Using computers, they are designing new, self-assembling protein nanoparticles studded with viral proteins, called antigens: these porcupine-like particles would be the guts of a vaccine.”

Another Gates-funded Malaria vaccine technology from Inovio aims to use electrical current to open cells and deliver synthetic DNA:

√ℓἇ﻿∂ἇ ኔጡ። replied to the discussion 'Younger Brother "Ribbon On A Branch"' in the group Music for your soul.
"Oh 'Dire Straits', yeah was into them in my teen years back the 90's too..then moved…"
1 hour ago

Steve Hutchinson commented on the group 'Divine Upliftment For Spiritual Growth & Ascension'
"... Live throat singing prayers for the world Just let yourself feel this Divine Energy without…"
1 hour ago

Phil peacefull warrior replied to the discussion 'Younger Brother "Ribbon On A Branch"' in the group Music for your soul.
"https://www.youtube.com/watch?v=dy9nwe9_xzw"
2 hours ago

Phil peacefull warrior replied to the discussion 'Younger Brother "Ribbon On A Branch"' in the group Music for your soul.
"https://www.youtube.com/watch?v=h0ffIJ7ZO4U This ones really cool to!"
2 hours ago

Phil peacefull warrior replied to the discussion 'Younger Brother "Ribbon On A Branch"' in the group Music for your soul.
"Its got that chilled vibe about it. One of my favorite artists as well. I love the wall the movie."
2 hours ago

Steve Hutchinson commented on the group 'Divine Upliftment For Spiritual Growth & Ascension'
"Melanie Beckler ..... If you've wanted to open up communication with your Spirit Guides,…"
3 hours ago

Pet Rock replied to the discussion 'Sunday Live: President Trump Declares Antifa Terrorist Organization Following Chinese-Funded Leftist Insurrection'
"all the idiots benefit from good security and prosperity-Dostoevskys demons behind it all"
4 hours ago