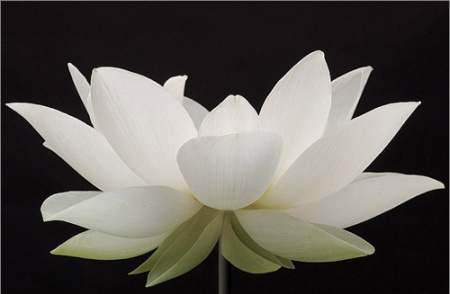 When you surrender to Love, peace envelopes you.

To awaken is to release your firm grip on the illusion and just watch it float away, as it most definitely will. You know that it is unreal, and yet it continues to captivate you. Most of you will not agree that it captivates you, but if it does not, then why do you continue to cling to it? I would suggest that you do so because it is familiar and therefore appears less threatening than the change that releasing it seems to demand of you. And yet, every day the illusion is becoming less and less real to you. You are going to let it go, and there is only the now moment in which to do so, so let go and jump! Only it is not a jump into a fearful void that awaits you, just a gentle surrender into the loving arms of Reality. It is far easier than you can possibly imagine, only your fear, your anxiety, and your doubts are holding you back, and of course those too are utterly unreal!

Here in the spiritual realms we are constantly showering you with courage, healing, and, of course, Love to assist you in making your final move into wakefulness, a move that you desperately want to make and which cannot be avoided. You know that you are going to make it, but many of you are procrastinating by telling yourselves that until your numerous anxieties, worries, and fears – about whether your pets, family members, and friends will also awaken and join you in the divine bliss that God has promised you – have been resolved you cannot release your hold on the illusion as you believe that you need to stabilize it until you are sure that they will all be taken care of. But you are sure, because you have been told over and over that no one gets left behind, that there will be no disappointments. Nevertheless, your doubts and fears remain, much encouraged by the fact that you spend so much time focused on them instead of on the Love that enfolds you in every moment; and indeed the illusion, by its very nature, offers very fertile ground in which those fears and doubts can proliferate.

Truly, Love does enfold you in every moment, because there is only Love, all else is unreal! When you surrender to Love, peace envelops you and you can feel it, but then all those nagging little ego thoughts – thoughts of being picked on, unappreciated, betrayed, or just ignored – come rushing in to disturb that peace, and you make the mistake of attending to them. However, you are all perfect aspects of the divine, created in Love and from Love, and so any egoic judgments that you experience – your own, or another’s – are meaningless distractions whose only purpose is to interfere with your spiritual evolution as humans.

You chose to incarnate to complete your spiritual evolution because over the eons the illusion (which you collectively chose to construct) has succeeded in convincing you that you are unworthy sinners in need of redemption. To be redeemed is just to recognize once again who You truly are so that you can awaken finally and eternally into Reality, knowing yourselves as One with your Source and with all of creation. And of course that is a state from which you have never been separated; you just chose to pretend that you were separated from your Source; to actually be separated from your Source is beyond all the bounds of possibility. You are forever eternally One with your source, period!

To awaken is to know this and experience it once more, and truly it cannot be hidden from you for very much longer. Humanity has evolved spiritually i.e. it has become aware of the insanity of so many of the cultural, philosophical, political, and religious beliefs and dogmas which it has happily allowed to rule its attitudes and behaviors. For eons it has offered its basically unquestioning obedience to those who had set themselves up in authority in return for their acceptance and recognition. Acceptance and recognition that were always conditional on “good behavior,” and which could be rescinded at any moment. And that collective awareness is what is leading you forwards to your inevitable awakening.

Even on the mainstream media it is now quite apparent that something major is amiss. The controllers are no longer in control, and their panic is showing as more and more of their lies and deceits are being disclosed and brought out into the open for all to see. Their hidden agendas are no longer hidden, the dots are being connected, and the massive corruption in which they and their families and minions have been engaged are being revealed.

Humanity is a family within God’s divine kingdom that has been confused and massively misled as a result of its choice to attempt to separate itself from its Source. Within the Source all is clear, transparent, visible, nothing is hidden! Within the Source, where all that is conscious has its eternal existence, there is only the One, the All-Knowing, All-Seeing, All-Loving, infinitely Wise Supreme Being that looks eternally with Love and delight on Its magnificent creation as it unfolds in the glorious brilliance of its endlessly fruitful domain.

The human family is now awakening, bringing further joy to God as He sees his children releasing themselves from the limitations of the illusion that have challenged and hurt them for so long. The brilliance of the eternal day is becoming even brighter, consequently no-one can remain asleep and miss the fun that is on offer. Endless joy is about to engulf you.