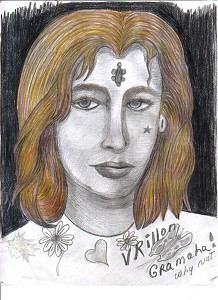 In 1977 a message was sent to UK TV stations from Vrillon of The Ashtar Galactic Command. The “hoaxing culprit” that hijacked TV was never found or prosecuted and the person behind this event was never proved to be a fake. In fact the experts were confounded by the whole thing.

On Saturday, November 26, 1977 at 5:10 p.m. in the United Kingdom, a mysterious voice who called himself “Vrillon of the Ashtar Galactic Command” performed an illegal broadcast on live television during the height of an evening news program.
The transmission lasted for over five minutes. This weird electronic voice, accompanied by a strange pulsating sound, echoes, and eerie distortions, overrode the normal audio broadcast signal in order to recite a lengthy statement warning viewers of an impending global disaster should humanity continue on its present course. (The hijack did not effect the video portion of the news broadcast and the illegal voice transmission was superimposed over the existing audio).

Near the end of what authorities have termed as a “rogue transmission,” parts of cartoon dialog can be heard, including the “Looney Tunes” theme song, the sound of an explosion, strange chatter, and other noises.

The illegal broadcast was investigated by UK authorities who were unable to determine the source of the signal or who might have sent it. It is assumed that the broadcast was a hoax perpetrated by someone who sent a signal powerful enough to override the station’s VHF transmitters, but in the past 30 years, no one has ever claimed responsibility for the hijack.

It would later be confirmed that five major transmitters were hijacked simultaneously, a rather spectacular feat at the time that would have required considerable transmitting power and a coordinated terrestrial effort.
The event caused panic in some parts of the local population for people who believed that the transmission was actually coming from an alien civilization.
Because this incident occurred over 30 years ago, it has all but faded from the memory of most people and remains primarily of interest to ham radio enthusiasts and those who study UFO history.
The person (or entity) responsible for the transmission has never been heard from again.

A transcript of Vrillon’s speech to the UK reads as follows:

“This is the voice of Vrillon, a representative of the Ashtar Galactic Command, speaking to you. For many years you have seen us as lights in the skies. We speak to you now in peace and wisdom as we have done to your brothers and sisters all over this, your planet Earth.

We come to warn you of the destiny of your race and your world so that you may communicate to your fellow beings the course you must take to avoid the disaster which threatens your world, and the beings on our worlds around you. This is in order that you may share in the great awakening, as the planet passes into the New Age of Aquarius. The New Age can be a time of great peace and evolution for your race, but only if your rulers are made aware of the evil forces that can overshadow their judgments.

Be still now and listen, for your chance may not come again.

All your weapons of evil must be removed. The time for conflict is now past and the race of which you are a part may proceed to the higher stages of its evolution if you show yourselves worthy to do this. You have but a short time to learn to live together in peace and goodwill.

Small groups all over the planet are learning this, and exist to pass on the light of the dawning New Age to you all. You are free to accept or reject their teachings, but only those who learn to live in peace will pass to the higher realms of spiritual evolution.

Hear now the voice of Vrillon, a representative of the Ashtar Galactic Command, speaking to you. Be aware also that there are many false prophets and guides operating in your world. They will suck your energy from you – the energy you call money and will put it to evil ends and give you worthless dross in return.

Your inner divine self will protect you from this. You must learn to be sensitive to the voice within that can tell you what is truth, and what is confusion, chaos and untruth. Learn to listen to the voice of truth which is within you and you will lead yourselves onto the path of evolution.

This is our message to our dear friends. We have watched you growing for many years as you too have watched our lights in your skies. You know now that we are here, and that there are more beings on and around your Earth than your scientists admit.

We are deeply concerned about you and your path towards the light and will do all we can to help you. Have no fear, seek only to know yourselves, and live in harmony with the ways of your planet Earth. We of the Ashtar Galactic Command thank you for your attention. We are now leaving the plane of your existence. May you be blessed by the supreme love and truth of the cosmos.” END TRANSMISSION.

Now my question to you is, what do you think happened to Vrillon...??

The actual recording made was re-posted at this link:

of 6 Next
This reply was deleted.
Read more… 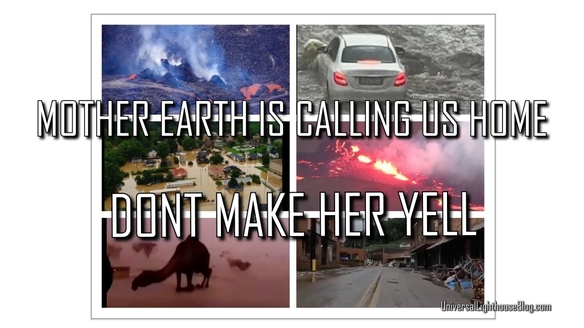