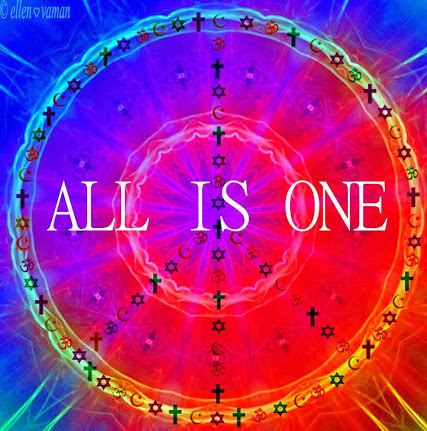 PROCLAMATION OF THE KINDGDOM OF PEACE, ASANA MAHATARI

channeled by Jahn J Kassl
translated by Franz
Beloved Ones,
The events take their course, and irresistibly they push
to the surface and into the consciousness of human Beings.
Peace and harmony for a long, long time are ahead. Because truly:
I have come to earth to proclaim the Kingdom of Peace!
I am
ASANA MAHATARI
Report: Dreams of worldwide military troop movements,
and all talk of France. During the same night my brother Karl
dreams of houses, similar to Swiss cheese with full of holes.
Thereby individual apartments and parts of the house disappear,
while others remain. Human Beings continue to live in these
houses like nothing has happened. When Karl called the fire
department in his dream, they pretended having no knowledge
of it like all of this does not exist. All in all two different indications,
which are related to each other, as I assume? (End of report)
Indeed two reports flowing into one story.
In the Light of World Publicity
After Heaven has revealed itself worldwide to you,
after the heavenly light realms presented themselves
to you and appeared in the public eye of the world,
the rulers of this earth will make great, yet unsuccessful,
efforts to confront this situation and in those days France
in particular will excel and will activate a series of eventful mistakes.
Even though the light flooding in these days has reached an until
now unmatched measure, still many human Beings will step back
in the face of the Light and will deny the obvious.
These human Beings will cause military “troop movements”
and for a very short time will keep the world, but especially
the in themselves disoriented human Beings, in turmoil.
It is important to understand that all of this happens in a
very short timespan.
From the moment when the great upheavals happen,
whereby “the event” is described, until the instance when
the armies of this earth try to oppose this, only hours or
days counted on “the fingers of one hand” will pass.
After that everything that has been is history. Thereupon
the light warriors of the first and last hours will proclaim
the new time without time, the time when the Light does
not cast any shadows.
Holographic Pictures
Thereby it will happen like it is described in the second dream.
Gradually your familiar realities will be transferred into the fifth
dimension. Many apartments will remain and the human Beings
living in them will not understand what happens or has happened;
that the neighbor has “gone away” forever or that half of the house
does no longer exist. This illusion is maintained for the lower
vibrating levels and the “removed houses” will be replaced with
new holograms, so that the remaining ones hardly take notice
of the transformation.
This also applies to the “fire department”,
because this public service department,
just like all public services, exists only on
the physical levels of time and space,
on 3D and on some 4D levels.
The emergency calling numbers of Fire,
Rescue and Police have no significance in the
world that you enter now.
The Event draws close
„The Event” draws closer and closer!
Do not count days, do not count weeks,
do not count months, because this event is far
from this awareness.
„The Event“ manifests itself on the day that God
has designated for it and on the day of the “great correlations”,
the moment when the cosmological conditions are perfect for it.
The distinction of this close time is the great awakening and
the great denial. The apartments on earth will remain for the
blind and the deaf ones, while for those, who open themselves
to the revelations from Heaven, the epoch of God’s Glory begins.
Days pass, weeks go by; Months and years of patient waiting
have been required from you. Gone.
The moment of God’s Beauty is close.
God’s Love embraces Life until the hearts of
human Beings have been healed and the World
is perfected.
I Am That I Am

Views: 80
E-mail me when people leave their comments –
Follow

Now what this means is that…"

"France, as a nation, has a 3rd ray soul and a 5th ray persona....So it's unique collective traits, expressed as energetic vices, are coloured within it's personality ray, that of excessive faith in science and logic...That of tyrannically applied…"
More…
Loading ...