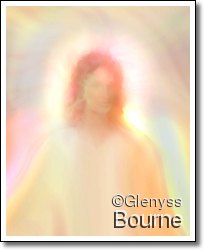 The number of “First Wave Wayshowers” that have been working on the Earth for many lifetimes, amounts to thousands, but arrangements have been made by the great Light Beings of the Higher Realms for them to return “Home” to the ships of the Galactic Federation Of Light (GFL), in groups of several hundred at a time, beginning on the 21st December Winter Solstice 2014, and extending, on astronomical, and astrological alignment dates, throughout 2015 and beyond.

These First Wave Wayshowers, many of whom have served on the Earth for many thousands of years, since the beginning of the evolution that ended on 21st December 2012, have now finished their tour of duty on the Earth, and are to reascend to the ships of the GFL to reap their reward for their many lives of service to Mother Earth and Humankind.

These First Wavers originally volunteered for this service and descended from 6D to 5D to enable them to re-enter the cycle of reincarnation. They were advanced spiritual beings who exerted a civilizing influence on Humankind and formed a spiritual connection for them.

Many of them were accused of heresy and were terribly persecuted in some of their incarnations on the Earth. A few were lauded or sainted, and many went completely unrecorded in the annals of history. Some of them had served in the same way on other planets before coming to the Earth.

Second Wave,( and subsequent) Wayshowers who have descended more recently (since the 1980s approx’) to facilitate the ascension to 5D of Mother Earth and those of Humankind that have chosen to ascend to live upon the 5D Earth, will reascend to the ships of the GFL on completion of their work of “Harvest”, and reap their reward.

All of the First Wavers that are to ascend on 21st Dec 2014 must have reblended with their Higher Selves and have been allocated a walk-in so that they can walk-out and return to the ships.

If you believe yourself to be amongst those, you should ask your Higher Self if you have a walk-in, and if so, ask that walk-in for his / her name. You should also ask for your ascension date, which may be given as the point when one zodiac sign gives way to another. (eg – “When The Bull gives way to The Twins”).

The first group of “First Wavers” will amount to several hundred, and they will be preceded by two “Forerunners” who will have already reblended with their Higher Selves, walked-out, returned to their ships, and been initiated to 7D by the great Lords Of Light, Lord Sananda and Lord Sanat Kumara.

It is they, together with the above mentioned great Lords Of Light, that will officiate at the mass ascension of the “First Wavers” to 7D. These two “Forerunners” are also Kumarans from the higher dimensions of Venus, and Lords / Ladies Of Light.

This initiation from 6D to 7D is the reward for long and faithful service to Mother Earth and Humankind, by these First Wave Wayshowers. They will become Lords and Ladies Of Light. (In the Higher Realms a “Lord” or “Lady” is a greatly honored and respected teacher.)

Some of them may descend, voluntarily, from 7D to work in the 5D ships of the GFL as individual counselors to the crew members, or advisers to the various departments within the ships.

After “Disclosure” and the “Landings” that are to follow, they may also descend in their Light Bodies to teach upon the Earth, those that wish to join the GFL.

The ascension ceremony is to be held in a large stadium or amphitheater on board the huge Pleiadian mothercraft, “The White Winds”. In this great ship, the ceilings in the outdoor areas, are so high as to appear to be the sky.

The host will be Lord Adrigon (Pron’ “Ade Ree Yon”) Top Commander of The White Winds and founder of the Pleiadian fleet.

There will also be hundreds of guests present at the ascension ceremony;- members of the Star Families of the ascendent Souls; guides and teachers that have accompanied them upon their Earthly journeys, and old friends from the Higher Realms.

The Second Wave Wayshowers will also be guests, and the First Wavers will wave goodbye to them before they ascend to 7D. The Second Wavers will then return to Earth to complete their work of facilitating the ascension of Mother Earth and Humankind, to 5D.

This will be not only an ascension ceremony, but also a great gala occasion and celebration of the “Homecoming” of the “First Wave Wayshowers”.

Love and Light from Rananda.

Views: 565
E-mail me when people leave their comments –
Follow