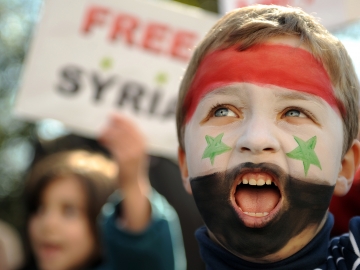 (CNN) -- Violence raged in the Syrian city of Hama as around a dozen people died and anti-government protests unfolded across the restive country.

Hama endured steady shelling and bombing Friday morning while the government's military offensive continued in full swing said a resident whose name is not being released for safety reasons. The man said casualties occurred. but couldn't say how many.

Elsewhere, opposition members said thousands kicked off marches across the country after Muslim prayers, as they have every Friday for weeks, demanding political reforms or the fall of the regime and railing against the violent security crackdown directed at peaceful protesters.

Each Friday, nationwide protests have had a distinct theme. This week's is "God is With Us."

The Local Coordination Committees of Syria, an activist group, reported 15 deaths, 11 in the Damascus suburbs of Arbeen, Dumair, and Mouadamyeh, three in the western city of Homs, and one in the southern city of Daraa 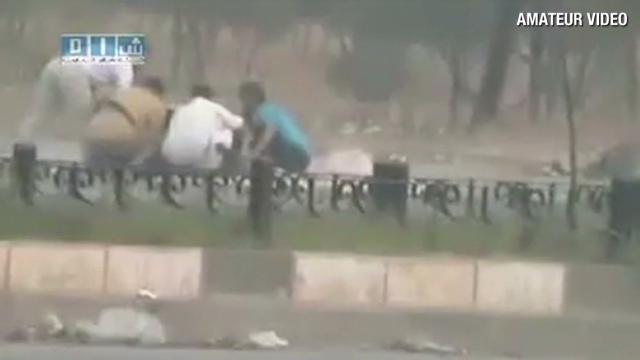 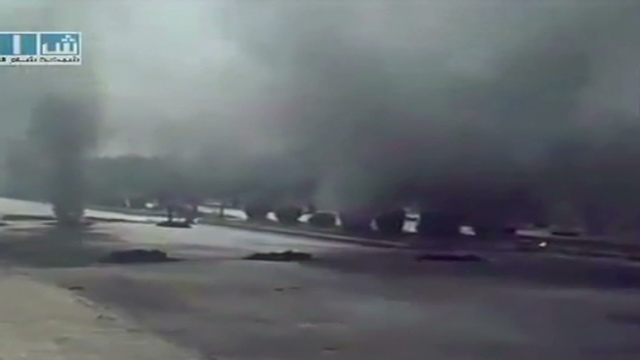 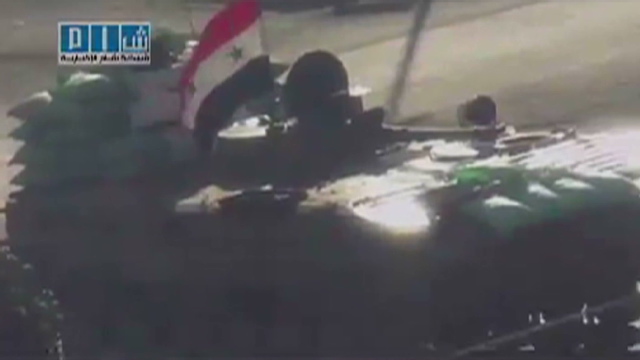 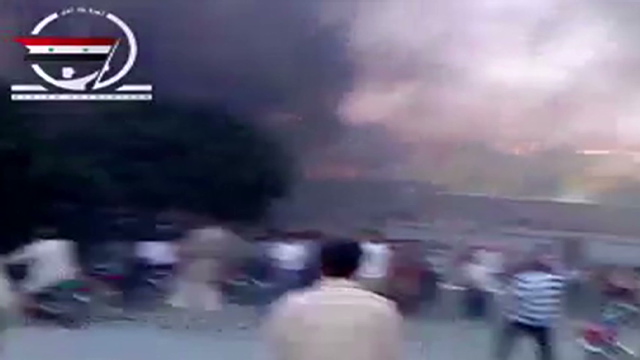 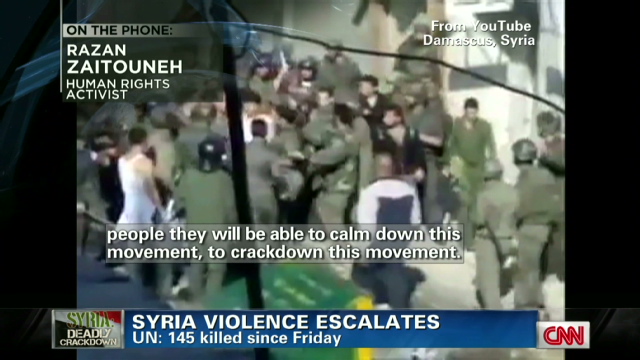 The Syrian Observatory for Human Rights, an activist group, reported 11 deaths and many injuries as security forces fired on demonstrators in Homs and around Damascus. It said there are tanks and a bad humanitarian situation in the northeastern city of Deir Ezzor.

More than 2,000 people, the vast majority of whom are protesters, have died since anti-government demonstrations erupted nearly five months ago, the observatory said. Activists blame the deaths of demonstrators on security forces, but the Syrian government has consistently attributed the violence to "armed groups." "Sometimes you lose sight of the incredible tragedy unfolding on the streets by just looking at the numbers which are so numbing. But the shooting death of a 1-year-old recently by the Syrian regime's tanks and troops is a very stark example of what is going on," she said at a news conference Thursday.

"We think, to date, the government is responsible for the deaths of more than 2,000 people of all ages."

Hama, which has emerged as a center of the country's anti-government movement, has been hit particularly hard by clashes and a military offensive in recent days.

Hama was the site of the bloody 1982 crackdown by the Alawite-dominated government against a Muslim Brotherhood uprising. Memories of that siege, carried out by late President Hafez al-Assad, the current president's father, have reverberated across the country and in the city.

Syria state TV, which aired video of a tank and rubble on deserted Hama streets Friday, reported that the army carried out an operation "to restore the peace of mind to the families" of Hama.

The resident who spoke to CNN said he fled his Hama neighborhood because of the intensity of the shelling and gunfire. With sounds of gunfire and blasts heard in the background, he said, "From this morning, shelling and bombing haven't stopped for three hours."

The Hama resident, who spoke via satellite phone, said electricity, water, mobile, landlines, and Internet lines have been cut.

Compounding the devastation is the mounting humanitarian emergency, the resident said, citing a lack of electricity and rotting food.

"So now we don't have food to eat. We just are fasting," he said.

Just a day earlier, at least 109 people died in and around Hama, said Avaaz, a global activist group, citing a medical source. Another activist network, the Local Coordination Committees of Syria, said 30 people were killed Wednesday.

CNN is unable to independently confirm death tolls or events in Syria, which has restricted access to the country by international journalists, including CNN's.

The U.N. Security Council issued a presidential statement Wednesday condemning rights abuses and use of force against Syrian citizens, and a group of human rights experts warned against the "scale and gravity" of the crackdown.

"We continue to receive reports on systematic use of excessive force resulting in killings and injuries; allegations of torture, enforced disappearances, arbitrary arrests and detention of protesters; targeting of human rights defenders; and unjustified limitations on freedoms of peaceful assembly and expression," a group of U.N. human rights experts said on Friday. 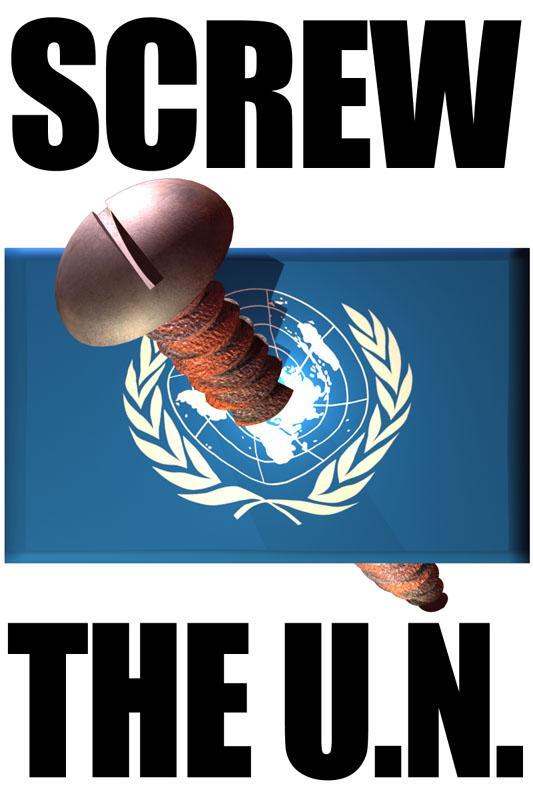 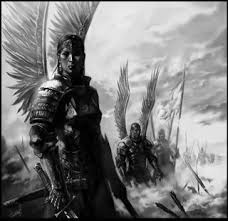