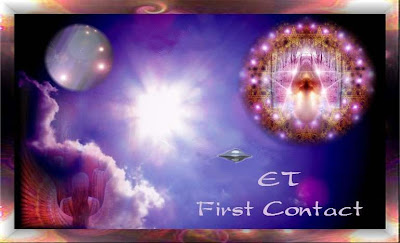 The amount of love being sent to your beautiful planet is ever increasing and will continue to do so, as it helps you reach a higher level of consciousness. Many great Beings of pure Light are involved and their power is beyond your imagination. They are able to control the flow of Light so that you are not overpowered, and in fact the whole process of Ascension is very carefully arranged to ensure maximum success. Because in general terms you have been able to bring the energy to Earth, the grids have been empowered and are helping you raise your levels of consciousness. We cannot sufficiently stress how important these times are for you all, and we urge you to take advantage of the wonderful opportunity to ascend that is being offered to you. Not for a long time will there be such a focussed energy centred upon Earth, that will offer every single soul the means of upliftment. All it requires initially is the intent to change your life to one where you see all souls as One with you, and treat them accordingly with love and caring as you would wish for yourself.

Nothing else in your life is as important as your spiritual evolution, and unless you desire to remain within the lower vibrations you must look forward to finding out how to raise your consciousness to a higher level. Whatever you may feel, you have within a natural urge to seek the purpose of life and it will propel you ever onwards. Set aside the comments from people who are unable to comprehend the idea that you are more than your body, and know that there is part of you that is indestructible and is the real you. Experiencing as physical Human Being in the 3rd. dimension is just part of a great adventure, that is now ending with completion of the cycle of duality. From thereon for those who ascend, it will move to a new experience in a body of crystalline based cells that will carry a greater degree of consciousness. All of the previous drawbacks that were affecting you such as aging, will no longer occur and life will be much more pleasant and rewarding.

You cannot really stand still where your evolution is concerned even although you do not perceive change within you. Everything around you is evolving and you cannot help but be influenced by what is happening. In the long run you will want to move beyond your present level, having learnt from experience and seeking a new one. The changes ahead of you will leave you in no doubt that the old paradigm has ceased to be of value, and that the new one offers you so much more opportunity to evolve. It is not a random occurrence but part of the Creator's plan for you, carried out by Beings that have returned to the Source. When we of the Galactic Federation finally appear and can converse with you, it will give you the opportunity to have your questions answered. We are your mentors for this period of time, and have already opened your hearts and minds to a more expansive understanding through our earlier contacts with you.

There has been a need for you to take more responsibility for your own spiritual development, and gain more knowledge from within. Hitherto you have been largely dependant on others for it, and in many instances been directed along the wrong track which has severely retarded your ability to progress towards the truth. We find that where beliefs are very strong, it is difficult to break down the resistance to change but there are times coming when the truth will be hard to reject. We shall put over the truth about your history in such a way it will be very difficult to deny, as it will be accompanied with irrefutable evidence. This will not affect your freewill as it is a God given gift that no one can take away.

What is going to be convincing for everyone will be the ability to show you past events as they actually happened. In this way there can be no denial of the truth, and your history can be rewritten according to how it actually took place. This is important so that you fully understand the way in which your lives were controlled, by the negative influences that occur in your Universe. However, when you ascend they will no longer have such power over you, as their vibrations are too low to exist at such a level.

Bit by bit you are beginning to see a far larger picture of where you fit in, and in spite of attempts of the dark Ones to prevent it you are destined to be successful where Ascension is concerned. In fact it is a natural part of your experiences without which you cannot proceed to the higher dimensions. We have attended a number of Ascension processes previously, and yours is by far the most unique one by allowing you to ascend in a physical body. It probably sounds beyond your imagination, yet somewhere in your sub consciousness you have deep memories of earlier times like it. Always remember that you were all once much Higher Beings, and only left such realms to gain experience of a more physical existence.

Dear Ones, the jump from where you are now, to a higher dimension will be quite remarkable because of the speed with which it will take place. We are responsible for much of the progress that will be made, and it stands to reason that we must get started very soon. The timing is flexible, and we do not have the same response as you do to delay. We know exactly when certain events need to commence, so we have the advantage of being able to patiently bide our time until we are allowed to go into action.

The world is in need of a final infusion of Light that will cause the levels of consciousness to increase exponentially, and take you forward to a level that puts you beyond the influence of the dark Ones. To put you in such a position that you can fully concentrate on the final steps that will lead you to Ascension. Already you are on that path and we shall give you whatever help you need to continue going forward. It will be the glorious victory that you have worked for over eons of time, and always knew was going to be yours.

I am SaLuSa from Sirius, and will tell you that we are keeping our promise to make you more aware of our presence in your skies. It is our intention to make more contact with you, and greater displays pf our craft. It should bring disclosure much nearer, which we will welcome as the first step towards further revelations.

Originals and translations of Galactic Messages available at
http://peacelovelove.blogspot.com/

Every Monday night from 8 to 8:55 pm
channelings and related matters are being discussed on First Contact Radio.
The show is hosted by Dutch lightworker Maarten Horst and is presented in English.

I have more faith in a butcher's dog than any channeller, or mike quinsey for that matter. This dude has done nothing but whisper sweet little nothings in to peoples earways. Either he and his galictic mates show they exist or he should put a sock in it and shut the f*ck up. If he thinks it is allright to publish his stuff to a public audience, he should be prepared to be criticized at any juncture upon not delivering on promises, but alone supplied people with endless and empty barrels of air..

Sorry I am not being funny in anyway, but your wrong totally wrong there has never been fearful words in his messages from Salusa and we all need the assistant by our spirt guides or other beings of light to guide us on the path of light, but they can't tell we are wrong or right that is for to decide ourselfs, because we have freewill to be light or the dark.

You see there are people out there who will try to dis-empower people and maybe these messages are not right to you, but there to me and follow 4 main channels which I follow with all my heart and I have learn alot.

The main ones are from a website called galacticchannelings and mike is on there and a few others, which I trust with all my heart and soul, because the feeling of warm.

Steve Hutchinson replied to the discussion 'A Shower Of Peace By Natalie Glasson & The Pleiadians'
"Thanks so much for sharing your lovely reply Sandra. Blessings of lots of God's Love,…"
1 hour ago