Re: I Myself Illuminati & Merlin on Your Creative Power plusGAIA PORTAL: "Stability" Paradigms have been "Exploded" and Disintegrated

I sent my original article to a friend, and their reply back to me was so good, I’m posting it. More pieces of data added to the pot. Injoy! – wyndstorm

The fractalization seems to have occurred first in the creation of a hierarchy. The first separation, followed by the polarities of “light” and “dark” as entities reacted in different ways to the loss of freedom caused by a hierarchy and the restriction on movement, energies, place, and being.   Light was defined by “service to others” and dark was defined as “service to self” at the expense of others through competition. What seems to me missing from all this was Love.  Those in the light have a conditional love for their tribe of “Light” and even those in the “Dark” love their children…to one degree or another, else they would not have been so obsessed with bloodlines.   I have fractals of me that were beautiful light beings, and some dark ones, and some that were even double agents for both sides but working to bring down the matrix, and I found one “fractal” that seemed to be a thought form more than it was a being, it was full of light and not dark but I got no sense of love either, just a sense of duty and purpose and a high degree of intelligence.

I suspect what is happening with Beyonce is she’s in contact with a fractal of herself, although it is possible to contact other beings not within the direct fractal that multidimensional aspect of I AM.  In the end its all ONE… the perspective comes from the various branches in that tree.
There are many elites waking up and doing much to restore ONENESS to this planet, especially in the children of the elites.   Those that refuse to adapt to the Pure Love energy will simply lose embodiment as the energies will not support their forward movement of existence without Love as the primary energy.  We are seeing that in action among the cabal bankers, many have died, and even among the purported “good guys” in the Chinese dragons many have lost embodiment as they just really wanted to be the new king of the hill rather than bring forward what needs to happen for humanity to move forward in love. Unfortunately for the darker ones, the separation generates a fear of the other which generates the lust for power to control the other.  Some might not shake that and may have to lose embodiment and start a new life in a new situation and place – for it will not be allowed to continue here and what happened here will NEVER be repeated EVER.
Loving ourselves is one of the toughest things to do.  I think its particularly true in America given the Calvinist self-abasement of the founding fathers of the country.  Waking up to my multidimensional aspects was quite an education, both from the perspective that I am far more powerful than I thought. In some circles I am  loved or feared depending on the polarity of the being observing and what fractal of me they are facing – but that too is illusion – there is only the ONE.    I came to the realization where some of the feelings of my not being worthy of love came from, because of the connections I have to my fractals in negative polarities.   Nature has balance. Reconciling them in pure love, from the physical plane was extremely transforming for them and me. And one fractal simply vanished after downloading its data and energy, which it seems it was preprogrammed to do once I got the courage to face it.  We created them not the other way around, and its the fear of facing ourselves and the Creator beings we are that has perpetuated the separation in beingness far longer than it should have gone.
Fear is a funny thing, but its largely illusion for control.  And most of us have been fearing ourselves which we externalized in religions and pop culture as dark forces or sinister energies yet it was our inability to accept that these polarities of creation and destruction lie within us all, and to bring them into balance with Pure Unconditional Love for it all as the I AM we all are.  The peacock dances of the dark ones in the popular media though is wearing a little old right now, and speaks to the level of insecurity they feel right now by doing such blatant displays of ritual glorification of separation and duality.  Being I AM means we take responsibility for what we create and that we are not victims – we create it all – and the greatest creation comes not from siphoning off energies of others but from bringing for the fountain of creation from within our own being through our heart, which is the channel by which the Love of Creator Source flows – when you do that – amazing things came happen and the limits on being drop away.  We have all the power of I AM at our disposal.
PS: I will leave you with this.  The energy equation was changed in early 2013.   Help someone else Source returns the energy to you 10,000 fold.  Help yourself Source return 1 fold, Harm others Source subtracts 10,000 fold.  Karma is instant and quick, no payback in later lives.   The divines are not too happy about losing the hamster wheel institution of karmic reeducation of lives between lives, but that’s a bureaucratic institutional issue of “what do we do now?”…and a sense of loss of prestige when in fact it is not.   We are the great Universal In Breath where all is brought back into harmony of the ONE. That doesn’t mean we disappear into a blob of light (contrary to the Urantia book take on it – another case of fear being used to support the illusion),  ONE quite enjoys the experience of the MANY.  Its how it knows itself.
http://5thdensityearth.wordpress.com/2015/02/19/re-i-myself-illuminati/

Re: I Myself Illuminati 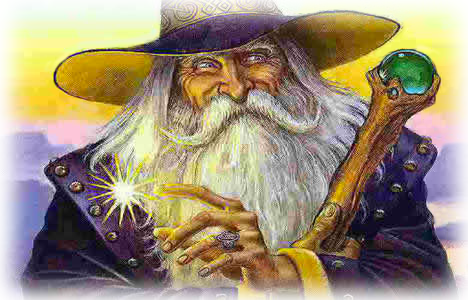 Merlin on Your Creative Power
from Alison James
April 15, 2014

How often have you heard it said, “As above, so below”? And yet have you truly believed that your petition to the Universe will bring fulfillment to your command? This phrase is not just a tenet to live by. Creation is a living, breathing “word” and “logos” that is forever pulsing to move from nothing to something. Creation is the law of the universe.
 
Behold the torus, the doughnut-like form of the universe: it breathes in and breathes out in a continuous flow, moving from one polarity to the other, creating a flow of energies that may be shaped and reshaped, taken in and sent out again. It performs cosmic recycling, there is nothing new under the sun. The desire of your heart, your intentional focus, and the infusion of your love are the fuel that will bring your cake to fruition. If you can perceive of a thing, you can create it. A word from your spirit can be made flesh, so to speak; this is a gift to you from the Creator of the universe.
If a dream, vision or idea comes to you, who are you not to birth it? It has been dropped into your consciousness. Since the time before clocks, powerful forces have been at work to enable you to matriculate from Earth’s university and to be a loving Co-Creator within the universe. Try it on for size, for heaven’s sake.
 
It is important to learn to control one’s negative thinking and to imagine how you would like the dross in your life to become gold. Nothing goes to waste with the Creator. Focus on the outcome, not the income. Remember that Creation is a natural force that is not new to you. You are already experienced at fulfilling your needs and desires. It is simply that you forget to recognize the truth of who you are, and to love and appreciate yourself. You are a Co-Creator in the universe, guided and led by your God Self. It’s simply a matter of applying oneself to the task, seeing the end from the beginning. Believing brings seeing. Practice, practice, practice while you’re on planet Earth. You might surprise yourself!

Your transformative magic lies within your heart and I am ready to assist you.

Posted by Obi-Wan Kabuki at 6:38 PM No comments:

GAIA PORTAL: "Stability" paradigms have been "exploded" and disinte... 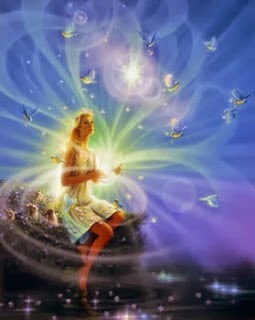 "Stability" paradigms have been "exploded" and disintegrated
by ÉirePort

"Stability" paradigms have been "exploded" and disintegrated.

Alliterations present to those of understanding Eye-Heart portals.

Fabrications of disinformation have been unraveled.

Falterings are soon to be eliminated from the Hue-person.

Formidables release from Mind, and coalesce as Heart forms.