It appears that Joe M's channel was purged from Themtube in the last week, but fortunately this particular video was mirrored by several patriots. Everyone on the planet needs to watch this. It says it all.

I would think that if JFK Jr. and his wife went underground and had several children, they would be well schooled in the ways of the world, our enemies, their ruthless strategies, and no one would be better prepared to tell the story. It has been suggested that significant funding has gone into productions the 'good guys' wanted to bring Humanity in the way of movies and documentaries, just as the controllers have done the same to brainwash us and condition us to respond as they would like.

Q - The Plan To Save The World REMASTERED by Joe M- VIDEO'S;BP

What will happen in Britain as a result of the new, stricter lockdowns? These folks are either ignoring it entirely, or perhaps having one last hurrah before the to to "'rona prison". I don't see any masks.

Live from Soho as London prepares to tighten COVID-19 restrictions

The President has added Nevada and Arizona to the rally schedule in the next week. You can register to attend here at his website.

It's clear from listening to and watching what is unfolding that as a result of divine intervention, there is a new vision for America---and the world.

At the Ocala, FL rally, the Republican candidate had the whole crowd singing, "God Bless America". The People are feelin' it. It is an exceptionally excited crowd in the sunshine state today. They can't contain their enthusiasm.

You know reality has shifted when you see signs in your neighbourhood saying "Protect Our Police - Vote Republican". Now it's the People protecting the police, rather than the other way around. 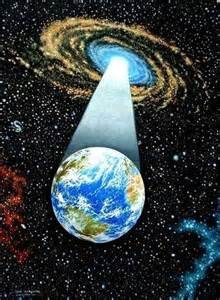 I came across an astrological update via Twitter and I believe it warrants the time to sit down without distractions and explore. As we learned from Laura Walker's Oracle Report this month, whether we subscribe to "astrology" or no, Pluto is probably exerting its influence over us at this auspicious time.

Whether it is expressed through outright bullying or through secret manipulations the negative expression of Pluto is about seeking to gain control in abusive and dysfunctional ways. When Pluto is 'active' in a horoscope it always raises issues around power struggles and that which has been hidden from consciousness in the world of the shadow.

It's not all bad, and the article also queries this intriguing bit as a result of the current cycle...

Wow! Is it possible that in November 2020 western civilisation may be completing a great cycle of time that began nearly 4,000 years ago in Babylon?

Views: 488
E-mail me when people leave their comments –
Follow