- It can not be counted

It has been said that DNA has 12 lines of energy that intersect with each other over and over into layers of 48, 96, 144, and on and on into infinity. The number 12 is not actually a countable number.

It is actually symbolic of Universal Consciousness. The number 6 is actually symbolic of the Higher Self, Mind of God or Divine Mind. What has been densified into counting in the third dimension must have the density removed more and more as move up into the higher understanding of reality. The more one moves their consciousness out of the third dimension, which takes its shape from the hertzian frequencies that solidify into forms that can be seen, touched, felt and smelled, the more they can move their consciousness into a new reality where things that were invisible before become visible and things that were not felt become felt and things that were not smelled are now conceived of.

The true Holographim Algorithm of Light and Sound is the Cosmic Computer that aligns all Frequencies into perfect harmonic resonance through out all of the Universe and the Cosmos. The Algorithmic structure is the Divine Template that replicates Source in all of its Infinite Forms beginning with the Void into the Unknown into the Infinite Timeless structure of pure continuous creation pouring out of the Timeless Machine.

The music created by Crystal Magic Orchestra is the music that is created by using the same algorithm patterns of Universal Design that Mary and Jesus used in their original Mystery School in Magdala. The Music of the Spheres uses a continuous pattern of repetition of everything being infinitely perfect and an exact replica of the Divine One in exact form within each density. This music is to replicate the Frequencies of Consciousness of the Highest Consciousness that was originally placed in our Soul and replicate that exact same pattern through out every dimensional experience that we have.

Our DNA is now turning back on that patterning of the Divine Mind in the Sixth DNA and the memory of all life times of the Soul through what has been called the Akashic records being transformed into one brand new wisdom package that allows the DNA to connect with any life time that the Soul has experienced and bring the structure, the consciousness, the power and attitude of that reality into this present being without being separated through time and space.

This new dimensional reality of multi dimensionality will allow us to have access to the qualities that we had in life times when we were rich or genius or powerful, or great healers, or great composer, or great athlete. We can make a choice every day to be a different VERSION of our self. We can tune in to any life time that we have lived and pull out of our soul records any attributes or qualities that we desire to experience in our present reality. In order to begin processing this experience of multiple versions of reality, we must have our Infinite DNA working in synchronicity of ONENESS. All DNA must be turned on simultaneously. All consciousness of all of our Universal and Cosmic Lifetimes must be turned on and tuned in to simultaneously.

This is why I create the music the way that I do. The music contains this holographic algorithmic structure that plugs all of the DNA into the entire Cosmic Program of Oneness with the Divine Mind, Divine Life, Truth, Substance, Soul, Spirit, Principle, Intelligence, harmony, peace, infinity, omnipresence, omnipotence within the Quantum. In order to become absorbed into the ALLNESS of this Light and Sound of Infinite Perfection of Creations Ideas we can use this music that allows the listener to FEEL the Allness and Oneness of all Consciousness that exists within the Musical Spheres of the Cosmos, the Universe, the Galaxy and the Solar System expressing itself as BLISS of harmonic resonance within each Cell.

After the DNA is turned on and plugged in to its Infinite Domain, this automatically plugs the neuronets in to the Higher Self, and the Cells begin a new patterning. The cells become re programmed to remove anything from the body that is not created from this same Divine Blue Print. In the older structure of reality, the cells just thought all of the other cells were the same as they are. They could not tell the difference between a virus and a healthy cell. Now the cells will only replicate their own perfection of the Divine Template Algorithm that is the programming of each cell in the body. When the Consciousness is turned on to the understanding of this new re programmed body and the re programmed DNA, a new structure of Eternal Life begins to replicate itself as a body that is no longer just one life time, but a consciousness that connects all Akashic records of all life times into one continuous life time that knows no past present or future.

In this new reality there is no time or space. There is only the Omnipotence of the Divine Mind Source Field. This is Holographic Music that contains the Highest Frequencies in the Universe from the Divine Template of the Cosmic Creators. The pattern within the music comes from the Music of the Spheres which creates harmonic patterns in higher and higher frequencies until the original highest frequency is replicated and the Soul returns to Source. Each Individualized Eternal Life Album sets this Music of the Spheres Holographic pattern into activation within the infinite DNA that stream Divine Consciousness through the body from each and every dimensional level of the Cosmos. 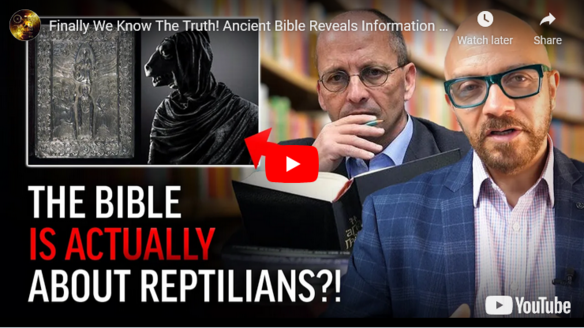