Soon the Ides of March (Monday the 15th) will be upon us, and hot on the heels… the Spring Equinox. Those kind of events usually spark interesting developments so we’re paying attention.

While the Ides may suggest a sinister agenda, there is also mention of “settling of debts” in the Wikipedia version of the definition—and we definitely have debts to settle, don’t we, possums? Oh, yes. Everyone will get their karmic due at the perfect time.

Humanity needn’t fear the Ides of March, but the satanic psychopaths who thought they were ordained to run the world should keep a close watch over their collective shoulder, because we’re coming for them and there is no good news for them. The torches are lit and the pitch forks sharpened.

I’ve heard some prefer the gallows and public hangings as a stark warning to those who still believe they can continue their old ways. Would that be barbaric? Perhaps that’s why the military have decided to go ahead and handle some of the worst monsters out of the public eye. At some point, however, we must make it known.

We know that the globalists and their minions were primed to benefit big time from the scamdemic. We continue to learn the many ways they’ve done this. Overall, masks are a very, very bad idea and need to be abandoned immediately. People must stop living in fear. It’s not living.

Today in Europe, the natives are restless. Anti-lockdown/mask protests ongoing in Paris and Vienna. There’s video at those links.

It appears there was another security breach; a “hack”. It’s never a hack in the sense they imply, is it? It seems there’s always a back story we get later.

This is just one opinion, but GhostEzra says… and it makes sense, as we know most of Congress is compromised and Trump was lawfully and overwhelmingly elected.

Yes, we get our information in unconventional ways—because the deep state owns and controls the lamestream media—but what we do get is gold. It might be raw ore, and you might have to dig and polish it up to find the best nuggets, but if you’re a data miner you know a gem when you find it.

A friend sent a series of audio clips from a session of an insider patriot who remains unnamed and she provides an interesting glimpse into the life of some of the patriots working behind the scenes, as well as the operations underway by the White Hats.

The topics of discussion range from financial/banking/currency, to historical, military, covens and witches in America, Trump, technology, ETs, assassination attempts, background info on some of the recent events/false flags, and more. I’m still listening. I began with #10 at the top and it automatically began playing #9, then #8, etc. I suppose I should have started with #1 below but I read magazines back to front too, so…

She says Epstein and Maxwell chose life in prison in GTMO in exchange for info to the patriots. She said when you think no one is being arrested, think about who you’re NOT seeing.

I would say like Adam Shifty Schiff. He was everywhere… now he’s nowhere. Where is that pencil neck?

Click this link to go to SoundCloud to listen.

You won’t usually be able to hear the questions, but her answers are usually clear. She says she is not always right, and we know to use our highest discernment. Enjoy!

We’ve cautioned you that “nothing is what it seems” and here’s more supporting material; smoke billowing from the White House lawn this past week. Most of you know what this is. The first thought in your mind was “tunnels and DUMBs”. I believe that is correct. We’ve seen similar in other cities, including California when flames were licking out of storm drains, etc.

People can believe the lunatic left installed the National Guard in DC for their own paranoid protection, but I believe the situation unfolding is to clear the tunnels and DUMBS and save the children. Gene Co Sensei/Decode told us that based on the locks, etc., the fences and gates are not to keep marauders out; but those inside within.

No telling who (or what) might have tried to escape once the siege of the underworld began and it apparently continues. You can bet the deep state is going to spin it their own way, however. Video at the link.

If you require further clarification of what is unfolding on our planet, you could explore this article from contacts “on the other side”; from the son of a mother who channels his messages after he passed over. Matthew’s explanation of current events, the obstacles, and why we can’t avoid some of the carnage related to Covid-19 are some of the topics he addresses.

We understand that were it not for our star families, Humanity would probably not still be here to fight the good fight—but there’s only so much they can do to mitigate the attacks on us. If you’ve never thought of our planet as a personality, this will be new to you. Everything has consciousness, and spiritual evolution is not exactly what we think.

Simon Parkes dropped a cryptic message about his intel on the witch; HRC. Read that here at his blog. There is a reason for that article about her being apprehended by the SEALS this week. It may not be as stated, but it means something. Don’t get mired down in details; just watch the big picture.

Dave’s X22 Report was a good one yesterday, as always. If you haven’t seen all the March 6, 2018 Q drops, check them out. They’re highly relevant today with a 3 year delta. Unbelievable.

We have to stay on top of these criminals, folks. Timing is everything.

The lesson to be learned from this next story is, yes, there are potential deep fake videos out there, but the video that’s coming showing what the satanic psychopaths have done to Humanity are not deep fakes—and there’s proof of that. When the time comes, and the military shows hours upon hours of truth videos on television and the Internet exposing the crimes against Humanity—we’ll know they’re real. Hopefully Humanity will consider the source and connect the dots.

The satanic global “elite” have made videos called “snuff films” showing they, themselves, preying on children and adults. Torturing them; dismembering them; consuming them. They used them for entertainment and betting pools. They also made videos of prominent people in compromising sexual situations with children in places like Epstein Island. They used those for blackmail. Let’s see them prove THOSE are deep fakes.

LT did another video very quickly from And We Know. They’re not to be missed.

Here’s another Canuck warrior at the Toronto Pearson airport. You go, girl!

As we can see from these videos from the Pearson airport, no one has been arrested for refusing to wear a mask, get a test, etc. and we don’t even know if they ever receive the promised ticket. It appears to be all bluff and bluster on the part of the “authorities”. They know there are no legal grounds to detain or arrest a Canadian citizen. We are all within our rights to travel freely. As for forcing people to stay in a hotel of the government’s choosing and pay up to $2K—absolutely preposterous. Treating healthy people like they’re sick and contaminated is unforgiveable.

If masks and social distancing worked, this scamdemic would have been over after the “15 days to flatten the curve”. That was a YEAR ago. Countries that did none of that have the same number of cases because “cases” derive from a weaponized “PCR test” that was never created to be a diagnostic tool. It’s the “cases” that is enabling the propaganda machine to claim millions of people are infected. No one above the normal flu season figures from the past 4 years has died. The whole thing is a hoax.

SCROLL DOWN PAST THE BLANK SPOT THAT DID NOT COPY.

It’s time to boldly go, patriots. Fearless, armed with facts and knowledge of the law. There is no pandemic, no emergency, no health crisis and we can’t allow the criminals to intimidate us and restrict us because of a propaganda campaign. We have to create the normal of our choosing and hold the line, as they say. Do not back down. Do not retreat. Stand and fight, in whatever way you can. We have the enemy on the run and are winning this war.

We are indeed going to exterminate this pathogen, and it ain’t Covid-19.  ~ BP

Views: 48
E-mail me when people leave their comments –
Follow

And on the physics front, you…"

"Hi Valana, I also feel Val's primary 'mission focus' (on Earth) is with the US, overlighting its role in the collective Shift connected with freedom codes.....smiling now, as this quote just came down my twitter feed: "Human kindness has never…" 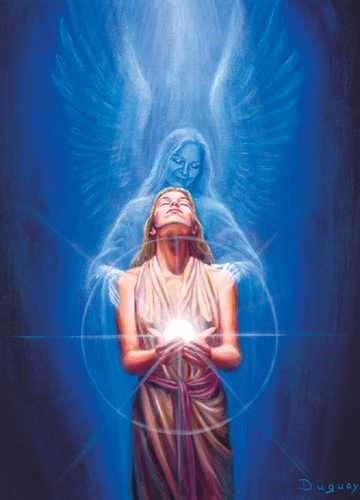 "The cell nuclei resides in the DNA. ' In the physical body."
More…
Loading ...

Revelations, Resurrection, & The Greatest Awakening Of All Time By Marie Mohler

💎You are the treasure

Why many “lightworkers” aren’t working for the “light” at all.

Started by silesius in Spirituality In General

I Have Stated Before And I Need To Repeat ...THE VATICAN MUST BE TAKEN DOWN