Things are happening quickly now. Facts and situations change rapidly, too. What was true 5 minutes ago may not be so now. There is NOT plenty of time, as you’ll hear below.

The mainstream media may be taken out in mere hours.

Parler is not pulling up parleys from Lin Wood, the Trump Team, Storm is Upon Us at the moment, so it may be on the way out. Gab is wishing Parler the best, as they went through this previously.

My sources sent me this, below, however. Don’t listen to anyone who tries to tell you the rogue military serving the New World Order cabal are taking over. It’s just not true. The whole world is working to take down the dark cabal psychopaths, not only America. The rest of the world has a lot of action too, although we will not see it or hear about it on the treasonous corporate media. That’s why we need uncontrolled social media. That’s where real people share the real news.

I just got wind of this video, as well. Big news. MUST LISTEN. Wow. They’re talking rods from God potentially being deployed IF the situation calls for it. A scare event. Media going down, and truthful broadcasts being beamed down. Project Odin.

We’re hearing about widespread, sporadic blackouts in the US, and they’ve been predicting curfews and severe lockdowns in Canada. They have begun in Québec. I strongly suspect that is not about the Kung Flu, and is about cleaning up the situation there; either arrests or clearing the DUMBs—or both.

The best thing we can do is prepare and encourage others to have food, water, meds, supplies, fuel on hand, particularly in urban areas, as we never know when we may be told to shelter in place for our safety.

I was able to get signed up with Gab but the traffic must be restricting activity because I can’t actually do anything now that I’m there. I couldn’t use the name I wanted because when it timed out, it kept the original name on record and when I tried to sign up a second time it said the name was already taken so I am on Gab as @Guttersnipe, lol.

Will be working to get the others live tonight.

We are working diligently thank you for your patience.

Twitter took out NotJFK Jr./@NotHSRetoucher again but John Barron and Catturd are keeping me in stitches.

Here’s former Navy SEAL Michael Jaco’s update from last night, after the 13 minute mark and there is a little review here so if you’re just getting on board to find out what’s happening in America, you’ll get some solid background from the past week.

We showed you the video of Lindsey Graham being harassed at the DC airport earlier, and I wondered about the fact that the Police were around him. Why would he have a “police escort”? Is that a perk for Senators? Michael says it looks like he was being apprehended. This is the REAL news—and what should be on the networks but isn’t because they protect their own and their propaganda generates a false reality in the minds of the public.

The fall of the cabal is in progress and about to heat up. Have food and water ready for 10 days, we’re told. You might not need it, but we need to be prepared for anything. They have been turning off the power and putting roadblocks up in various places so you need to be able to stay home and have everything you need on hand if that happens where you are.

Also, please check in on the elderly and infirm so they are not in harm’s way. Be a good neighbour.

LT has a terrific new update from And We Know he uploaded last night. 39 min.

Isn’t it interesting that the buses delivering the military to DC read, “Angelic Luxury Coach”? And look what Nye County, Nevada officials have created for their residents. Amazing. The world really is waking up quickly—esp. Americans. The Earth Alliance knew what they were doing. The Q Team op was a huge success because it put us where we are today; behind President Trump with guns at the ready—just in case. Even the doubters can see that the military is doing what they need to do, just as Q said. “The military is the only way.”

Views: 189
E-mail me when people leave their comments –
Follow 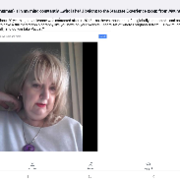