06/17/2012 ~ “Words, words, words . . . but when are we to awaken?”  Many are asking this question because they feel they have waited more than long enough for this wondrous, divine promise to be honored.  Time is a major part of the illusion – all of God’s divine promises are honored the moment they are made – it’s just that humanity has not yet allowed itself to let go of all the perceptions and beliefs that makes the illusion seem so real.  However, you are presently receiving unprecedented help to do so, because on the time schedule that you maintain within the illusion the moment for all to awaken is approaching very rapidly.

Do not worry; it is not something that you could sleep through and miss!  Your destiny is to awaken, and unless you have made an extremely determined decision not to (and I can assure you that very few of you have made this kind of decision), you will awaken when that most wondrous moment arrives.  And arrive it will — and unexpectedly!  Yes, it is indeed close, but the precise moment remains unknown to all but God.  You are on the path to an ecstatic awakening that is to amaze and delight you.  Keep reminding yourselves of this divine truth, and enjoy the remaining moments until you awaken.

As you wait, make a strong intent to see and take satisfaction in the growing awareness that humanity is displaying as it embraces ever more enthusiastically the loving attitudes that are leading you inexorably homewards, and that are an essential and very necessary part of your awakening process.  When you do this, youwill see encouraging signs and demonstrations of these new attitudes in what might seem to be the most unlikely places.  Humanity is on a roll, and the changes for which you have been hoping and praying are occurring at a dizzying pace all across the planet.  Focus on them and allow your spirits to be uplifted.

The speed at which these changes are taking place is quite phenomenal when you compare it to the rate at which changes of any significance have previously occurred on Earth.  The ones that are presently most noticeable to you are the economic and political ones which have been happening at a breathtaking pace, one after the other, all over the world.  There is nowhere that changes have not been occurring.  It may seem at first that they are damaging for humanity because they seem to be causing increasing alarm, anxiety, and suffering.

However, this is not the case.  They merely reflect the deep need for changes to be made that will benefit all, and the planet herself.  People everywhere are realizing that those who have authority over them — either due to so-called democratic processes, or by means of lineage or of power accumulated due to wealth and its influence — have been deliberately abusing their positions for the benefit of themselves, their families, and their close friends and allies.

Over the last few centuries of earth history, it has seemed that democratic processes were being introduced with the aim of helping populations to escape from poverty and need, and with the intent to allow all to be heard and have their beliefs and opinions considered, as rules were introduced to enable society to operate in a just and considerate manner.  But instead, because societies, cultures, races, and religious and political organizations quickly began to use the new rules and laws to attack one another, the scale of wars and conflicts of all kinds increased enormously.

The egoic nature of your way of life in the illusion has consistently led to conflict, because you have judged one another as unacceptable in a variety of ways and therefore perceived one another as being in need of correction.  The resultant attempts to put to right the damage that various groups with different philosophies and religious and political beliefs were constantly inflicting on each other only aggravated things, especially as, in the last few decades, it has become “normal” to declare war on the many issues causing problems in the world — drugs, cancer, alcoholism, illiteracy, domestic violence, racism, fundamentalism, terrorism, an almost endless selection of “isms” — and then setting about correcting them by violent means.

It is your ancient and egoic mindset that is changing and allowing you to recognize that different perceptions and philosophies are an essential part of living together harmoniously on earth, and that these differences in perception and belief enable far more intelligent methods of dealing with your problems to emerge and be put into effect.  As many are declaring through bumper stickers and signs on their properties “War is not the answer.”

So, focus on the positive; behave lovingly in all situations instead of reacting with anger and alarm when “your buttons are pushed.”  This is the way to awakening, and you know it.  When you live from love, fear dissolves because no one becomes threatened, and issues that seem to divide you can be addressed peacefully and solutions to them achieved which benefit all involved.  Soon, harmonious, loving relationships will become normal, and all others will just dissolve as there is no need for them.  Demonstrate love at all times and delight in the peace and joy that it brings you.

Views: 126
E-mail me when people leave their comments –
Follow 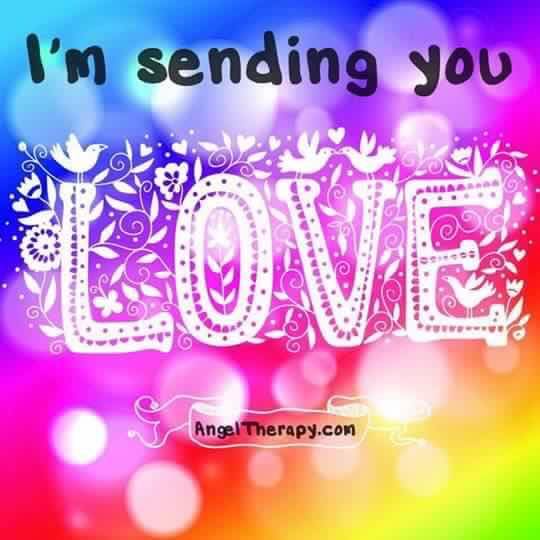