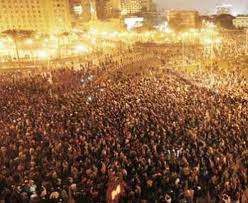 From Egypt ...
OpEdNews, Feb. 24, 2011, at http://www.opednews.com/articles/World-Freedom-Day-is-Sunda-by-Steve-Beckow-110224-192.html
As a sovereign citizen of Planet Earth, I invite humanity to observe Sunday, March 6, 2011, as World Freedom Day.
I invite us, on that day, to join together, actually or mentally, physically or spiritually, to celebrate the desire of every man, woman and child on Earth to live freely, to live a life without oppression, anxiety and fear, a life of love, unity, and peace.
I invite us to join together in whatever way we can. I ask those who are able, to walk down to their town square and experience together their unity by assembling and looking each other in the face and affirming to each other that the world will be free. I ask them to assemble at 12 noon local time and celebrate each other’s company. No organization is necessary, no agenda, no ritual. Mere presence is enough.

Let all look around themselves on that day and know that the mere act of gathering is the message itself, that by being there everyone is saying that the world will be free. Let their presence in that square communicate to the world the desire of people everywhere to walk free, speak free, and be free.
At 12:30 p.m., let the assembly of people enter a moment of silence and bless the sacrifice of those who have died or been injured that the world may breathe free. Let them thank those who have paid for world freedom with their blood and their lives.
Let them silently acknowledge themselves and their assembled brothers and sisters, all gathered to tell the elites of the world, the despots, the military dictators, all those who are not friends of freedom now, that freedom has been reborn in the world.
Let all this be done peacefully, with no intent to harm to another, not even a harmful wish. Let it be done with love and goodwill. Let the people say silently with goodwill and compassion that the world is free, has always been free, and will be free again and no other way.
At the end of this universal minute of silence, let the people cheer, around the world, in celebration of freedom, which can never be lost spiritually no matter what their situation is. Let them declare the freedom of the entire human race, its unity, and its commitment to peace.
Those who live in a society where assembly is not yet permitted, where there is not even that measure of freedom, let them stop where they are, at 12:30 p.m., or if they cannot even stop lest they be punished, let them simply observe inwardly, a minute of silence. Or if even silence is not permitted, let them observe in their hearts a thought for the people of the world who have gathered to be free and who have suffered that freedom may be. And silently if they can, at the end of it, let them join with their brothers and sisters everywhere in building a common sentiment, a common thought form, which circles the globe and empowers the thought of world freedom.
We are spirits before we are humans. Freedom is spiritual. Unity is spiritual. Love is spiritual. Let us build, around the world, the thought form of freedom, unity and love that it may manifest in due time as the condition of freedom, for everyone on Earth, with no one excluded.
Let all the rulers of the world who have taken that freedom from the people mark the people’s determination. Let the armies of the world who have ranged themselves against the people consider humanity’s determined expression and let them not harm the assembly but join them in wishing freedom on its way, actually if they can, mentally if they cannot.
Let everyone who has served the agenda of the elite, armed forces and criminals, black operatives and mercenaries, anyone who has set their face against the people’s freedom, listen to the people’s expressed resolve to take back the Earth and bless it, and serve it, in any way they can, any way that is open to them. Let them resolve to abandon their intention to block the world’s freedom. Let them allow the seed of co-operation to be reborn in their hearts that it may blossom when the opportunity arises, knowing that in supporting freedom they have abandoned their past.
Let this be the day when freedom is reborn on Earth, when the souls of those who have died, who look upon this great celebration from the planes of existence where they are, be cheered and comforted that their sacrifice has produced a great and unstoppable resolve among people that their dream of freedom will be realized and their sacrifice fulfilled.
There will be freedom on Earth. It will come in our lifetime. It has been born now. It will grow. Where the people resolve, their determination cannot be stopped. It will occur.
The people of Earth have resolved to be free now. And so it shall be.
Source:
http://marchofmillions.blogspot.com/2011/02/feb-24-world-freedom-day-is-sunday.html
Views: 25
E-mail me when people leave their comments –
Follow 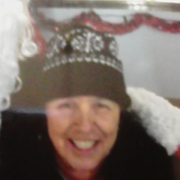 Archangel Gabriel through Shelley Young ~ Leading with the Sacred HeartJanuary 17, 2021 by Suzanne MarescaJanuary 16, 2021, trinityesoterics.comhttps://tinyurl.com/y5bmcmj9Dear Ones, your main focus at this time is empowerment. What this means is…
See More
More…
Loading ...