As many of you know, we are preparing to release of Prosperity Funds for the good of all humankind any day now, to free all from the grip of economic slavery.  There are just a few details having to do with the Vatican bankers which need to be ironed out. They are being convinced to give up their hold on the funds to allow them to be distributed. The Pope is presenting them with an offer they can’t refuse, and as you know, he has already issued the decree allowing for their arrests, which was given a start date of September 1, 2013. That was done deliberately to give them a few weeks to change their minds voluntarily.  It appears that some are beginning to weaken their grip.

Just as everyone else on Planet Earth is struggling with the old rules and standards, the Vatican officials have been steeped in centuries of secrecy and absolute financial power over the entire Western world.  Most people have no idea of the enormous wealth and the civil edicts which are still in place which give the Church ownership of all the lands which have ever been held by the Crown of England, and all the lands which were allied under the Axis powers, and all the countries of South America which have adopted the beliefs of the Catholic Church.  This includes nearly all of Europe and the Western Hemisphere. So, as you may have suspected, the Catholic Church is the most powerful consolidated political force on the planet.

By loosening their hold on the bank funds, the protectors of the Treasury are well aware that this would be the end to their personal power, and the end to the myth that the Catholic Church as an institution was ever a well-intended religious order.  Of course, there have been many devout and well-meaning Priests, Bishops and lay worshipers, including the current Pope Francis I, but the institution in Rome has always been interested primarily in political and economic power to control the world. This is coming to an end.

Many who are not religious in their current lives are unaware of the worldwide implications of how the dissolution of the Catholic Church will affect the lives of everyone on the planet.  This is the ultimate inevitability - the complete dismantling of the Church, in all its glory, pomp and wealth.  It will also mean the end of the psychological and religious stranglehold it has had on its people.  I can hardly emphasize enough the enormous effect this will have on freeing the minds and hearts of the people.

It may seem strange to some of you that it is I, the one who came to Earth as Jesus, who am at the forefront of this apparent attack on the religion that was ostensibly established in my name.  I assure you that I would not and never have supported the establishment of any large organization which called itself “Christian.”  I was opposed to the building of great temples; this was an important part of my teachings.  Above all, I would never have supported teachings which were designed to enslave the thinking and behavior of any of my students.

I, Jesus, Yeshua ben Joseph, was raised a Jew.  I practiced the principles and ethics I learned at my parents knees, and never left behind the essence of those teachings, which encouraged a strongly ethical and devout way of life.  I was interested in expanding the limits of Judaism to create a practice based in the simple understanding that Love - the Love of Creator and of one’s fellow creatures was the only principle needed to live a good life.  I taught that turning away from dogma and rote practice of any rules is the first step in turning toward God.  You see, in terms of the practice of the day when I lived, I was a radical/libertarian/free thinking agitator.  This is the reason why both the powerful hierarchy of the Jewish community and the Romans wanted me eliminated.

Any and all other Fundamentalist sects operating in the areas where I was teaching would have been opposed to what I taught as well, for I stood for the freedom of each individual to freely communicate with God, unhampered by any dogmatic human opinions or prejudicial ideas.  I taught that there was no need for priests or intermediaries - all human beings are possessed with the innate ability to communicate telepathically with their God, their Angels, and even with their ancestors.  Does this sound to you like some airy-fairy New Age extremism to you?  Well, the New Agers have promoted their own misunderstandings as well.  Namely, that spirituality is supposed to make you feel good, as an end in itself.  I will talk more about that later.

Let us concentrate here on the first lesson I will send to you through Kathryn, who has collaborated with me in the past to write the chapter in her book called, “The Christ You Never Knew.”  I am asking her now to begin presenting my teachings to you directly, in unedited, unadulterated form, unlike the documents you have had available until now.  We are less limited now by the language, since more people speak English than spoke my Aramaic language 2000 years ago, and we will have more control over the translations than I did then.

I ask that these lessons be distributed unedited, without commentary, in their entirety.  Any translations must be specifically authorized by me.  There will be Twelve Initial Chapters, which will work together as one Book of Teachings.

As long as those standards are met, we offer them freely to the world.  We also will welcome questions from readers through Kathryn and Anne DeHart.  I will answer them willingly, after the first six of these messages have been thoroughly understood.  This is a new phenomenon, is it not, your ability to read the “scriptures” as they are being written, in my own words.  I will be here soon to affirm these words in person, but it has been decided in our Council that some preparation would be very helpful for all of you.

Kathryn, Lady Portia, has given her permission to be the scribe who will present these teachings to the world, because of our long relationship going back to the creation of this galaxy, because of her deep intuitive understanding of the concepts I will present here, and her ability to take down the words and meaning with complete accuracy.  I have chosen carefully, and she has been tested to the limits of her endurance.  She has proven herself steadfast in the principles of Oneness I teach, regardless of the challenges we have presented to her.  I now feel completely comfortable in asking her to do this important work for Us in this historic time, and she has agreed to take on the responsibility.

Now that our introduction is complete, let us begin with the first and most important lesson I will present in these pages:

God is Love.  I, Sananda, the representation of God, am Love.

I speak the words which Prime Creator has breathed into my mouth, as I will do     faithfully as long as my life as a soul goes on, eternally.

No other version of my words but this one are the words of the Father directly     through me.  Many of the old writings have been reinterpreted or purposely     distorted to serve the wishes of those in power, in order to remain in power.  We     must begin anew.  If you wish to quote me, please use these teachings rather     than old texts.

I will speak only in words of encouragement which will serve to enlighten and     uplift humankind to rise above the fear, divisiveness and hatred which has been     the way of life on Planet Earth for millennia.

I do not come to establish a new religion, by any name.  I wish to teach The True     Way - communication with God and all conscious beings in Love, Compassion,     Harmony, Forgiveness, and Joy.

Any teachings which engender feelings of fear, guilt, separateness from others,     superiority over any other living being, or any rift between an individual and their     True Being is not the Word of God, and will not be found in my words.


I am Sananda, and I approve this message, with Joy and Hope in my heart. 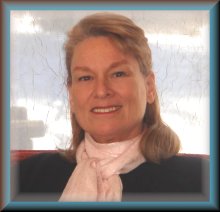 "Very interesting, thank you very much!"

"𝒮𝒜𝒩 不滅 , this particular comment wall is at the ACC community level.....BUT, many of us ALSO comment and discuss spiritual ideas and thoughts, on our own forums and blogs, as well...
You are welcome to comment on my forum, if you would like…"

"Coronavirus and Vaccine, i read each Day in the News and then here again. Spread Fear? Maybe a little? In terms of medical care, simply saying that the best thing is not to take anything is somehow also wrong, since there are still diseases that can…"

"Well, guess i only say nonsense here. Maybe i shoud leave Ashtar Command. I feel not very welcome and it's still very bring always talks about what is the news. I was try talk about Billy Meier, but Trump, Olivia Superstar or Biden is only what…"

"I heard that Biden is sick and Trump is depressed.
RL Your stories bore me.
Either way, you must always be right and always have the last word.
As if I'm just too stupid to understand your strange descriptions. You would never admit that your…"

"“Others, around the world, who may not contribute, in themselves, nevertheless, read our conversations and grow from them....It is a global reach of our group dynamics.”

I believe this to be third ray energy, actively sharing of data. And actively…"
More…
Loading ...