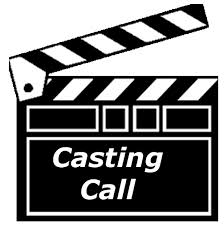 Send your holographic resume, include any recommendations
from past and present teachers.
Include saying this line. (Be Creative)
"  I  will (blank, blank, blank, blank ) in the Planet Earth Experience."
The Earth play is like Summer Stock Theatre.  Many are discovered here on Planet Earth.
All will be considered, few will be chosen.  Many will be given a number for the waiting list.
Do you remember responding to this call?
"What!" You say," Your not an actor."
I remind you, that you are..      OH, Yes, you are!!
Well, if you reading this you certainly are in this production.. And that is "No Cosmic Joke!"
Lets go back to how you located here to Earth:
In order to get here, you had to sign up.. From the Cosmic standpoint this is the Ultimate
play. You wanted to be the next Marlon Brando, James Dean or Marilyn Monroe of the Cosmos.
https://en.wikipedia.org/wiki/Marlon_Brando
http://en.wikipedia.org/wiki/James_Dean
http://en.wikipedia.org/wiki/Marilyn_Monroe

Becoming that allows you to write your ticket to any other play in the Universe!
You sent in your resume to the producers of this cosmic play. You auditioned for one of the roles.
You waited for what seemed like a lifetime, and you finally get a call back.
They say," There is a part available," but is not the one your auditioned for.  Now, they say,
"It is an opportunity to improve your craft." Eventually, when your particular role opens, you will
be considered for that part..
Your friends say this is a great opportunity, they ask you to meditate on it,  seek within yourself, whether you should take it.
You, decide "Yes, I will take it."
Now, lets go over the contract that you signed..
Your contract will last one earth lifetime. There are penalties called Karma, for not  following that
contract. Which may result, in taking more roles, and different lifetimes.
Be aware: It takes on average about 256 lifetimes to perfect your craft.
There are those exceptions the Super Stars, who are have completed their role in perfection,
and have moved on to the next play in the Universe..   They have set the standards that
we need to achieve in order to play our roles to perfection..   They have been awarded the Cosmo.
(The Hollywood equivalent of the Oscar)
There are just 2 rules you need to follow and remember:
As long as you follow these 2 rules, you be fine.  Forget them and you risk the possibility of losing your identity to the character role.
You are taking on this role, bringing this character to life. Breathing life force into it.
This is your creation, sometimes, if you let it, it will takeover.
You stay in character too long and before you know it
you forget about the real you.. You identify with the character in this case the body or Embodiment that you inhabit in this lifetime.
You are responsible for any actions that are not of the highest integrity..   Karma
I once, heard a story of an actor named Mike Myers, while in filming, he actually becomes that character
and stays in character the whole time. 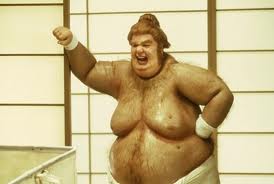 Even when the camera is not on..
http://en.wikipedia.org/wiki/Mike_Myers
THE RULES:
1. Daily downloads from your higher self (God Presence), at least 15 minutes daily
2. If you get stuck, call out "Help"
You are not alone, your coaches are all around you, in Spirit.  Since this is an on going  production, you must call out, "Break! "
(Free Will)
There  is only 1 way, to get out the contract..
1. Complete it, and receive the agreed upon compensation.
Break it, and be subject any penalties according to the contract.
Giving up, and conforming to mass conscious, you risk become attached to the wheel of Karma.
Penalties:
After that lifetime,  you go to the Spirit world. The producers will come to you and review your  contract. They will give you, your options:  who and what you need to play, and how many lifetimes it will take to land that role you originally signed for..
So you go to classes and take directions from coaches and try again.
Placing yourself in different parts and places in order to finally land that role that you always wanted..
Eventually, we perfect our craft!  Get it Right!  Get the Cosmo!
And move on the next play in the Universe.
Without wonder and insight acting is just a business. With it, it becomes a creation.
--- Betty Davis
That is this weeks blog:
Enjoy life and dream about doing something exciting.
And then Do it!
Sal Salvadini
Views: 91
Tags: actors, earth, experience, life
E-mail me when people leave their comments –
Follow

"Viruses are not living organisms
Once a virus gets into a host's body, it travels along the surfaces of cells until its proteins begin to bind with receptors on the cells. The virus and the cells then fuse, allowing the DNA or RNA inside the virus…"

"Her zest for life..her enthusiasm..her love to all beings ..she will never be forgotten"

"It is not in the nature of a virus to kill.
These Species you talk about are for 100 % made in a Labor. So they are not natural. They are synthetically produced! Bio Wappons are Forbidden, but of cause has been use or what is your logical…"

"Human is not the parasite here!"

"The lie that viruses don't kill the host because it needs it to survive does not come from any studies of viruses but from reasonings with Darwinism in mind! Darwinism says that 'it x doesn't foster the survival of organism y, then x cannot happen…"
More…
Loading ...