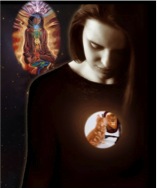 The Arcturians and Symptoms of Transformation
By Suzanne Lie - February 26, 2013
http://suzanneliephd.blogspot.co.uk/

You, our Earthling expressions, are choosing to increasingly shift your attention away from your physical expressions and more into your higher dimensional expressions. And we, your Higher Expressions, have been increasingly shifting our attention into the fourth and fifth dimensions to assist our Ascending Ones. Some of you will simply exit your form and return to your formless self. However, others have a dedication to assisting other humans as well as the planetary body of Gaia.

Those of you who have made this commitment are in the process of transmuting your third/fourth dimensional form into your fifth dimensional expression of SELF. It is because of this process that you will likely experience symptoms of transformation. You are experiencing these symptoms because the download and integration of your new Multidimensional Operating System and the consequential opening of your Third Eye is turning ON new codes of DNA in your biological computer/brain.

First off, your brain is regaining its former capacity and you are being re-programmed so that you can have usable access to a larger percentage of your brain. Furthermore, your corpus callosum is reversing its function. Before, your corpus callosum separated the masculine and feminine areas of the brain so that your reasoning and intuition remained in different camps.

Now the corpus callosum is being reprogrammed so that it functions as a bridge which connects the right - feminine, and left - masculine areas of your brain to such a degree that you actually creating a new brain. Whereas the old brain functioned from the Separation Principle of Either-Or, your new brain functions from the Unity Principle of Both-Always.
In fact, not only are the masculine and feminine hemispheres now unifying, they are being integrating into each other by the neurons that synapse back and forth across the corpus callosum at the speed of thought.

The masculine/feminine, thought/emotions, logical-sequential/holistic functions of polarity are being united within the center point. Hence:

Masculine and Feminine are becoming androgynous

Thoughts and Emotions are becoming consciousness

Sequential and Holistic are becoming perceptions

Without the effort of having to compare and contrast polarities, the cognitive “in-between” is connecting the two polarities into the “Infinite Unity.”
Finding the center flow in your brain assists you to find the Center Flow of the Galactic Center, into which you are now moving. Within this Center Flow is a tunnel of protection, much like our Arcturian Corridor.

This protective Center Flow emanates the FEEL of Unconditional Love into your High Heart and is perceived by your Third Eye as Multidimensional Light.
As your Third Eye and High Heart combine their messages of Love and Light your Divine Creative Force is activated. It is the combination of your thoughts, carefully selected by your intention and attention, in unison with your Unconditional Love, as received from your High Heart that ignites the Divine Creation of your “Spirit into Matter” Lightbody.

Whereas your physical body is more matter and less spirit, your Lightbody is more spirit and less matter. In fact, your Lightbody begins your transmutation from matter back to your innate form of Spirit. As you ground your the higher frequencies of Light streaming from the Galactic Center into Gaia’s body of planet Earth, you are plugging in the process of personal and planetary transmutation.

This expansion of light is greatly facilitated by the fact that Gaia’s planetary body is basking in the Multidimensional Light and Unconditional Love flowing form the core of the Galaxy. In this manner, the Flow from the higher dimensions is grounded into the physical plane with your in-breath, and you are sharing it with all life via your out-breath.

This process of releasing density is the core of the process of transmutation of matter back into its higher frequency of expression of Spirit.
Furthermore, this transmutation will involve every area of personal and planetary life, whether it is an insect, a plant, an animal, a person, a planet, a solar system or a Galaxy.

The Earth vessel that you have worn is to be replaced with a Light vessel. The tree (the Tree of Life) represents your consciousness, which is forever repeating itself in different planets, time spaces, parallel realities, solar systems, galaxies and dimensions. The tree never dies, as it has created so many versions of itself that one version is in form somewhere, in some time and in some form of manifestation.

However, the tree may decide that it wants to return to the overview (higher dimensions) so that it can observe all its manifestation within the perspective of the ONE. In this case, consciousness returns to its Source to view all of its creations and collect them into its ONE consciousness.

Meanwhile, the human brain is one of the many creations that is preparing to leave duality and exist in the realm of unity. To accomplish this, the Mystical Marriage of masculine and feminine must be sealed in Light so that their child of love - Lightbody - can begin to expand beyond the cocoon of the physical Earth vessel.

As the gender-based version of the brain begins to merge into ONE Biological Computer, the DNA codes turn ON the system of ones and zeros to create the “Seed of Ascension,” which will replicate itself into the higher resonance of consciousness to match the higher frequency of your Lightbody.

In this manner, your Earth vessel becomes LIGHT enough to begin its transmutation from the dense, physical body you have been wearing into the higher frequency form of your Lightbody. However, the Symptoms of Transmutation can be quite uncomfortable. Hence, we will now answer some common questions:
Arcturians Answer Questions about Symptoms of Transformation

Share this:Benjamin Fulford did a short video update today you will want to hear. Listen at the link below on Before It’s News. BTW, since anyone can publish material on BIN, don’t assume it’s all worthy of listening or reading. Be very…
See More

"Anyone addicted to Hollywood films will need to get on YouTube and watch the old ones...LOL....
Frankly, the libtard "stars," so-called actors, are doing us all a favour by taking their bio-weapon nano-particle, gene manipulator comfort....