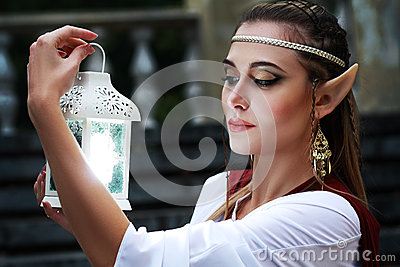 It has been quite a while since my last ascension update. That is because most that has happened is highly personal and one might even say traumatic if one considers multiple blood clots in one’s lungs traumatic.

As a reminder I get my information directly from dreams, visions and astral travel and then need to interpret what I have seen the best I can. Everything I have sensed so far is that Gaia and all living things upon her are going to be swept up in a massive wave that has already begun. The first dominos have started to fall in what promises to be a long process of transformation and change.

In past posts I have divided humanity into two groups which I call the new humans and the new elves. Basically the new elves are those human souls that have been with Gaia through her long cycle and might be termed indigenous souls or those souls belonging to and with Gaia. Their ascension takes place through the DNA itself and is deeply rooted into Gaia’s core.

The new humans are those souls or star seeds, brothers and sisters that have come to visit Gaia and help, but are not organically linked to her. They live upon her and she tolerates them, to a point. They are also going through the ascension process, a process that is lifting their own souls higher into the light and closer to God.

A couple nights ago I dreamed of walking Gaia’s surface and going past a large building that proclaimed AMORC on it in large letters. I was not drawn to it, but I wondered about it. To me AMORC represents the GWB, Great White Brotherhood, or spiritual hierarchy. I am an elder in the Rosicrucian Order AMORC and have completed their degree studies. Then I broke away from them because they were not interested in Gaia’s ascension, but in humanity’s ascension. In this spiritual lineage we also find the Dali Lama and other world teachers and mystery schools that exist in today’s world. Together these form the spiritual hierarchy that guide and direct the evolution of humanity. My dream shows that the new spiritual hierarchy of the new earth is now completely anchored and firmly in place in our new Gaia. This is the spiritual hierarchy of the new humans, the star seeds and space brothers. I am not saying that this hierarchy is AMORC. I am saying that AMORC is part of this hierarchy, the part I recognize in my dream symbolism.

Because the new elves follow a genetic ascension process they have no mystery schools or hierarchy. They are being transformed from the inside out like all other living creatures that collectively form the circle of life upon Gaia. Most living creatures do not have the spiritual or intellectual capacity to reach high levels of ascension, but through genetic transformation they too are able to ascend and this is what has been taking so long.

The ascension paths of the new humans and of the new elves have until now been in vibrational conflict. All the new frequencies have now been locked in place and things can proceed with the organic ascension of Gaia. This is slated to happen and reach a high point between the September equinox and the next full moon, the blood moon of September.

Based upon my own personal experience this past year I believe that Gaia’s organic ascension will involve the complete activation, integration and empowerment of the etheric double of all living things energetically connected to her. This will provide the magical link needed for living things to create and manifest in our new world.

For the new humans empowerment will come through collective works and organizations where all follow the same or similar spiritual paths. This is essentially a repeat of the old eon way of spiritual development and evolution. The new humans are not able to integrate their own shadow aspects and organic ascension is not possible for them. They can live upon this world as guests but not partake in her inner mysteries.

For those life forms experiencing organic DNA ascension including the new elves, empowerment will come through loving relationships between males and females. The development of the soul and its powers will come from loving each other and sharing opposite sex energies to develop the male and female soul that is inside each one of us. This is the true union of opposites, when we can find both polarities inside our own soul.

The ability to create and manifest in this new world is like that. When we focus on love and sharing it with a partner we are at the same time learning about all the others things as well because they are contained within us. When we focus on money or material things or philosophical things or spiritual truths we are missing the boat as well. In this new age it is for the heart to create and it creates only out of love.

Views: 119
E-mail me when people leave their comments –
Follow

From the dulcet tones of…"

"The AUKUS agreement provides our friends in Australia, the choices and combinations, of British and American technical expertise...I would suggest at least three British nuclear subs, stationed in Australian waters, while the manufacturing process…"
More…
Loading ...