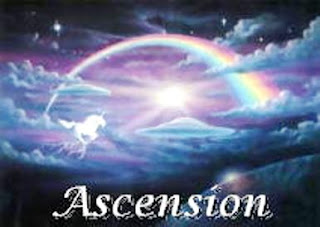 As the day of ascension approaches, some people seem to be haunted more and more by their doubts. This is legitimate and this has been expected. After all this is a miracle of Creation compared to what humble human minds have been used to experience so far in this limited, illusory 3d-holographic reality.

I will publish below my answer to Raul from Argentina as it discusses this particular issue. Unfortunately his email is written in Spanish, so that you have to use, as I did, a Google translate in case you want to read it. My answer to him is of universal character and applies to all doubting Thomases in the current End Times.

Now I will tell you with simple words why 12.21 will be the date of our ascension. My argumentation is as follows:

There are only a few star seeds that hold the light quotient on this planet and expect impatiently this date of ascension. If there will be another delay, this will be tantamount to a full sabotage of all efforts to heave the frequencies of Gaia and humanity in the last several years and then the destruction of this planet is the only possible solution. The frustration and depression of these few star seeds will overwhelm them to such an extent that they will ascend alone – as they have already raised their body frequencies sufficiently to do this  - and leave this toxic planet to be destroyed by cosmic forces. This happens in this universe much more often than is general acknowledged among narrow-minded human beings.

In fact the usual way to ascend a planet, being an ubiquitous phenomenon in All-That-Is, is most often accomplished in this way. First a natural catastrophe obliterates the incarnated soul population and then the planet is ascended to a higher dimension. After that the ascended planet is populated by these same souls, who now continue with their incarnation cycle at a higher vibrational level. There is nothing exceptional in the idea of the annihilation of the whole incarnated population on an ascending planet, most often accomplished through a huge cosmic catastrophe.

However, nothing points to this outcome at this time with respect to Gaia and humanity. The energies that flow through my body as the nexus to the Source and through the unity field of the PAT are building a steady crescendo and this process must render a feasible result next week.

Indeed, about half of the human population must finish with their current incarnation around this time as the whole incarnation cycle on the earth is coming to an end. This can only happen if they die in massive natural catastrophes in the coming days after mass ascension. There is simply no other option. This must be cogent to all enlightened human beings, no matter how extensively their existential fears hinder them to accept this ample truth.

The rest, consisting of the current dark elite and their minions, will stay on the catastrophic earth B and experience hell. The recent peak in school shooting in the USA – the prototype of the dark timeline B – is the most clear foreboding that heralds the separation if this dense 3d-earth from the ascending Gaia.

Source does not waste energy for nothing. This will contradict the universal law of energy optimisation. Therefore I believe that the source will not sabotage its own project and delay it one more time – for no apparent reason. I know this because the energy of the source is flowing through my body field and I feel as the source itself.

I dreamt for instance this night – and this is a real fact – that we have dropped another portion of ascension candidates, who have not qualified, as to make the ascension process at 12.21 easier and leaner. I also dreamt all the time how I am destroying all 3d Orion structures as an ascended master, similar to the fury of Jesus, cleansing the temple from the money changers. Watch these two videos below to get a faint impression of the power of my dream:

If one believes in the perfection of Creation – and even this illusory 3d-holographic model is a paradigm of this perfection – than one must also believe in the miracle of ascension. This idea is also shared in the last message from the group of forty (Juliano) published on this website. I now add the links to the two last messages from Saul and Jesus channeled by John Smallman that address exactly this same topic:

Saul: It is altogether impossible for you to continue in your seemingly drugged state of unawareness

The date 21st of December 2012 is on the minds of many as the moment for humanity’s awakening approaches.  Expectations are high as much has been promised, and there is anxiety that what is to be delivered will not live up to your expectations.  Do not worry.  What is to be delivered is far beyond any of your expectations.  There will be no disappointments as a New Age is delivered, bringing with it enormous improvements in the living standards of those who presently live in dire poverty, enabling them to live in the comfort and safety that is the unalienable right of every human being.  The constant struggle to pay for food and shelter, and the resultant but unreal sense of security that provides and with which most of you have to contend, will be a thing of the past.

The Light of God’s Love is shining brightly upon all of humanity, causing many to stir in their sleep.  The first signs of a great awakening are starting to be seen all across the planet as the divine Light bathes all in Its loving embrace.  This massive infusion of Love into your hearts is accelerating the essential growth in your awareness of your true spiritual origin, and of the fact that you are divine beings created by God to live with Him in eternal joy.  As that realization intensifies so does your desire and intent to experience that state which is your natural one.  Cognizance of your unbreakable connection to your Father is returning, and remnants of memories of that state are encouraging you to explore further so that you can remove or undo the “garden-hose-like kinks” in that connection that have been severely restricting your experience of your Father’s Love for you.

%0
Views: 35
E-mail me when people leave their comments –
Follow Toyota Successfully Tests Manned Flying Car for the First Time, Plans to Roll out in 2023

2016 Trump Assassination Attempt - Mandela Effect (Not In My Past)