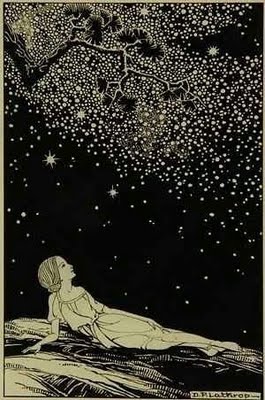 Many people feel like earth isn’t their home, as if they are visiting here in this incarnation from another planet.  Is this a premonition of what is about to come?

In a previous article, “A Door Is About To Open!,” there was a segment that talks about the Global Consciousness Project and how we can perceive events that have not yet happened through precognitive sensory abilities.

Global consciousness (sometimes called “field consciousness”) is the notion that when groups of people focus their minds on the same thing, they influence “the world at large” (Radin 1997: ch. 10).

Roger Nelson heads the Global Consciousness Project, which is an organization that collects data from around the world in its effort to prove that global consciousness exists. Nelson published a study called “Wishing for Good Weather,” which appeared in The Journal for Scientific Exploration (1997, Vol. 11, No. 1). The following is an excerpt from the abstract:

[Reunion and commencement activities at Princeton University, involving thousands of alumni, graduates, family and others, are held outdoors, and it is often remarked that they are almost always blessed with good weather. A comparison of the recorded rainfall in Princeton vs. nearby communities shows that there is significantly less rain, less often, in Princeton on those days with major outdoor activities.]

Nelson’s research results suggested that focused intent in Princeton kept the rain away.

An amazing facet of this research found that our thoughts can sometime be precognitive.  For example, testing results were dramatically amplified before September 11, 2001, as if many people knew something big was about to happen, but could not specifically put their finger on what was about to occur.

Even without having a past life regression, many people feel as if Earth is not their planet of origin.

For example, look at the Earth’s population.  If every soul that incarnated here was from Earth, then it would be impossible for there to be so many people on this planet right now, unless those who are incarnating are “new souls”.  Through Cannon’s research, we know that many people incarnated here from other planets and star systems while many others literally feel as though Earth is not their home.  While there are many new and young souls here, many of us have lived numerous lives on various planets in previous lifetimes.

Because of the wheel of karma, many of us end up returning to this planet to resolve these issues as well as for spiritual progression through this 3rd dimensional reality.

Why do so many people want to go home?

Similar to how the Global Consciousness Project determined how many people felt something was about to occur the day before September 11, 2001, is it possible that people are feeling the same thing about wanting to go home?

What would you do…

What if simply thinking about going back to your home planet was actually sending a signal to your planet of origin, letting them know you had enough of this experience on Earth?  Perhaps this is something that everyone is feeling right now when they feel like it is time to go home?

Imagine a Lyran, Arcturian or Pleiadian UFO landing in your backyard.  If you were given the opportunity to go back to your “home” planet right now… without being able to consult anyone else, including friends and family, would you go?

If, in fact, this is a precognitive memory, what would YOU do?

Gregg Prescott, M.S. is the founder and editor of In5D and BodyMindSoulSpirit.  He hosts a weekly spiritual show on In5D Radio and promotes spiritual, metaphysical and esoteric conferences in the United States through In5dEvents. Gregg is currently working in collaboration with Michelle Walling, CHLC, in opening a holistic walk-in clinic called Alternative Holistic Healthcare (AHH) in Sarasota, FL with subsequent subsidiaries around the world based upon this model.