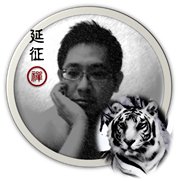 My dear beloved potential souls of the cosmos,

Although I'm not being fascinated by the new number of the human calendar year itself but the cosmological change that impacts the human consciousness on planet Earth, it may be good for me to take advantage of your 'new year norm', that is your interest to set a new resolution for each of the upcoming new years in your Earth calendar. I hope my speech here may be able to help inspiring you in setting up your new year resolution in the way that your inner consciousness wanted it to be!

Throughout my entire journey on this planet Earth, my consciousness had never been changed except my knowledge in understanding the disconnection of human mind towards the cosmos in general and Gaia in particular has been enhanced. This is the main reason why myself and some other starseeds all over the planet were being sent to reestablish such vital connection, of course not only among ourselves but the entire humanity as a whole. It is vital because it determines the completeness, stability, and balance of the entire cosmos, whose beauty can never be distorted by the law defined by the cosmic energy itself. Your scientists may be able to prove it with their so call quantum physics but proving and knowing alone are not the genuine consciousness that manifest the original beauty of the cosmos, which includes the beauty of your Mother Earth. Instead, it is the UNITY that being manifested through the realization of ONENESS where even the need of UNITING is being treated as a joke because it had never been separated until the beginning of your illusion.

Your ever changing physical entities is a prove to cosmic oneness, but your time-oriented logical brain interpret them as totally separated entities. Your slow processing logical brain produce the illusion of time, when time exists, separation exists. Instead of feeling doubtful to such limitation that being informed by your inner voice, your focus had been distracted by another energy force, in conjunction with your left brain, to continue accepting such limitation for survival and ignoring the other side of your underlying potential. And so, your scientists invented another greater speed and yet still limited artificial left brain called 'Microprocessor', which follows exactly how your left brain logically process information. The invention of this microprocessor, together with variety of software, is to act as a solution to process the complication created by such dualistic human view, of which the solution itself is far more complicated and resource-hungry than the problem that exists before it. This turned up to become a very big joke to us that there is always a greater complication being created to simplify another complication!

This is when humans started to think that computers think faster than humans. Hence, there is no surprise that the idea of replacing humans with computers came into picture, followed by the down-grading of human value when comparing with computers and robots. However, the said energy force is getting tired after distracting you non-stop for centuries and now is the time for your emotional body to re-activate your 12 helices DNA in re-connecting back your left brain to your right brain. Once your right brain is reconnected, your Collective Consciousness recovered. Your collective consciousness is your super ultra fast microprocessor, too fast until you started to realize that TIME DOES NOT EXIST. When time not exist, duality not exist. When duality not exist, everything comes into ONE -- the harmony of oneness, the inner peace of joy!

And how about your 2010 new year resolution? -- Be prepare to move into the time-less realm of consciousness by December 21, 2012 and you'll know why Mayan Calendar ends at this date!