Aisha North: A Short Update on the Energies 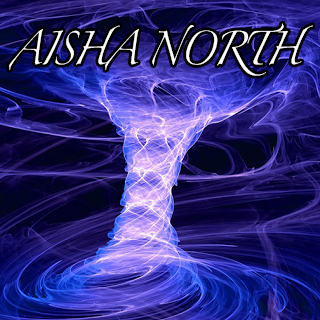 February 17, 2015;  As many of you have noticed already, the heightened anticipation that is announcing the arrival of these new frequencies will make their voices heard in many ways. For some, the irritation it causes may feel like an itch you cannot scratch, because the vibrations themselves will set off reactions in your body that can be likened to an indefinable irritation that you do not know where it stems from, but that will cause your attention to be drawn to it anyway. For others, you will feel the highs of an euphoric uplift that may suddenly be replaced by an unexpected low, one that will cause your mind to cast about trying to find an explanation for this sudden dip in emotional temperature, but it will be an explanation it will fail to find for there will be no identifiable cause for it anyway. Nevertheless, your mind will likely find a hook to latch on to, something that is already there, and it will try its hardest to make it loom even bigger in your thoughts. In other words, this is a period of much fluctuation and of much fabrication of thoughts and ideas that are merely figments of your imagination, blown out of proportion by the advent of these new frequencies. For as we have already told you, the forerunners of these emissaries are already here, and what they signal to you, will set so much astir within with this mere whisper of the magnitude of this incoming flow of light, it is apt to once again trigger a whole host of false alarms within so many of you.

For as you are already well versed in by now, the human psyche has been well adapted to the old idea of shunning change at all cost, and now, as these incoming missives of that exact message are already beginning to be noticed by your own inherent alarm system that is yet to be fully deactivated, it will cause quite a stir in so many of you. For some, it will be like a veritable avalanche of alarm bells going off left, right and center at the same time, and so, you may be apt to go into panic mode. Be that as it may, we are once again here to remind you all that these procedures will always cause a whole host of side effects when they arrive, and so, our role is once again to remind you that all of this noise is simply a signal of the beneficial effects that these emissaries actually will have. For they bring on change in every way you can think of, and the change they bring with them is always one that is initiated by the light quotient that they carry with them. And this time, you can expect another record breaking event to occur, as this round of enlightenment not only builds upon every single one that has come your way before, it will also bring you all to a very new level of energetic transformation yet again.
https://aishanorth.wordpress.com/2015/02/17/a-short-update-on-the-e...

Labels: A short update on the energies, Aisha North