Dura matter, pia matter and why it matters. The human brain and the veil. The location of the holy of holies. The philosophers stone and the elixir of life.

The mind sits like a golden capstone atop the physical body. These are ancient words.

﻿The pyramid with the missing capstone represents the work we need to do within ourselves and as a collective.

Looking at the human brain and the veil. Throughout history there has been a Temple described as needing to be rebuilt. This temple has two parts an outer temple called the "Holy place" and an inner sanctuary called the "Holy of holies". The two separated by a thin veil. Have you ever thought about why the temples on your head are called temples. That's where this special talked about temple is located. In between the two temples is that Temple that need's to be rebuilt.

Where the mind is,There is a treasure.
~Mary magdalene

During meditation or when were in a deep state of focus,The brain creates a wax like substance from the pineal gland. This substance or secretion has an incredible healing effect. It can literally regenerate cells. Now, It can only be created by a mind that is highly tuned to a deeply focused state. It contains inconceivable (Think Alchemy here) properties. This substance has so many names. Elixir of life,fountain of youth,Nectar of the god's,ojas,soma,dew,Manna from heaven,The magical substance that fell from heaven to nourish the hungry. This substance was said to heal the sick,provide everlasting life and caused no waste to those who consumed it. So this substance heals the body and creates no waste. Hmmmm, "Philosophers stone"..

"When your eye is single your body is filled with light"
Mathew 6:22

The pineal gland represents the All seeing eye of god. So this brings me back to this ancient phrase, "The mind sits like a golden capstone atop the physical body....... "The philosophers stone".

Through the stair case of the spine,energy ascends and descends circulating and connecting the heavenly mind to the physical body. The base of the spine is called the sacrum bone "Sacred bone". The spine contains 33 vertebrae. "Jacobs ladder". The pyramid with the all seeing eye at the top,represents a physical body waiting for it's shinning capstone.

The pyramid represents ignorance to enlightenment of the highest source of illumination. The structure through which man elevates himself into the realm of the gods.

The power is latent within us. Heaven is within. This is the meaning of the Ancient mysteries, scrolls and symbols. 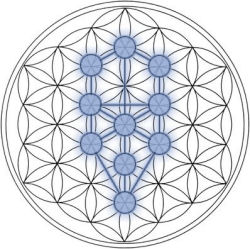 Much love to all of you ﻿Well,,,,,,,, Honesty is
and,,,,,,, honesty does
If you know what is
Then forget what was.
To control them with fear
wont work with me
I have ears to hear
and eyes to see.

Don't say what's right
then make it wrong
or flip the flop
making short things long
Don't give me restriction
you Play as protection
I'm here for my crown
For the true Election.

you can call me a brat
or call me a pain.
won't follow your rules
wont follow the game.
Forget all the lessons
I woke up in the center
you walk around
Through the doors I enter.

We'll,,,,,Honesty is
And,,,,,Honesty does.
You've changed all the stories
what really was.
You made up the rules
Prepare I make mine
telling the world
of a different time.

Player of puppets
what a blooper show.
I once was you
but we traded ya know.
I guess your forgiven.
I'm forgiven to.
Taking turns in the wheel
what each would do.

little they know
What happened here.
some have felt it.
can you feel me near.
So I laugh in your face
as you laughed in ours.
We'll be leading this show
in just a few hours.

You can call me a brat
or call me pain.
Oblivious ones.
calling out your name.
So honesty ......is
and honesty........does.
Holding on no longer
to what everything WAS.

;) We are in the most Amazing times.

I love you guys

PUBLIC BANISHMENT ORDER Posted on September 15, 2011 by itccs
Issued against the Corporations known as the Roman Catholic Church, Anglican Church, and United Church of Canada
By Elders in Council from the Inuit, Cree, Metis, Mohawk, Anishnabe, Basque and Gaelic Nations under traditional and sovereign Land Law Jurisdiction


As of this day, Sunday, September 18, 2011, your organizations, their clergy and officers, are forever banished from our territories and lands, and your property and wealth are claimed and re-possessed for the use and benefit of all our people.
Your right to operate on our land has been forfeited by your rape, torture, and murder of our children, by your refusal to change and do justice, and by your betrayal of your own faith and public trust.
Depart, Now and Forever
If you continue to operate on our land after September 18, 2011, your clergy and officials will be in a state of criminal trespass and public mischief, and will be subject to immediate arrest and detainment by our Common Law Peace Officers.

We call upon all the members of these churches to honor this Banishment Order by withdrawing their financial and material support for these criminal corporations posing as religious bodies, lest they be found guilty of complicity with these crimes.

This Banishment Order will be enforced through direct, non-violent actions by our people to peacefully occupy the church properties of these corporations, and use them to house the homeless and feed the hungry.

We invoke the Great Law of Peace and the Sovereignty of our respective Nations as we proclaim the Permanent Expulsion and Banishment from our communities of the Roman Catholic Church, Inc., the Church of England, Inc. (Anglican-Episcopalian), and the United Church of Canada, Inc.
Posted at these churches around the world at 11 am, local time, Sunday, September 18, 2011 – Issued under the authority of the Council of Nine Traditional Elders of the International Tribunal into Crimes of Chruch and State – Jeremiah Jourdain, Convenor

She was standing alone when the lightning struck. 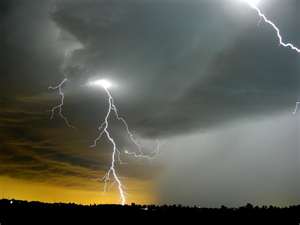 He could see her from across the field.
He was waiting alone when he heard the crash.
soon their hearts would yield.

The flash of a memory
Beyond the stars.
A project they planned
and flying cars.
As if from the future
To go to their past.
projecting their minds
learning it fast.
A teacher not needed
Unless they succeed.
The snake had awakened
The snake would lead.
To stand in the middle
would find them alone.
until it was finished
Until it was known.

He was standing alone when the lightning struck.

She could see him from across the field.
she was waiting alone when she heard the crash.
soon their hearts would yield.


The flash of a mirror
To now see it all.
watching the lies
They watched it fall.
A world they wanted
creating the pain.
Here from the future
Ending the game.
Here in mass
Not standing alone.
forget what they told you
And let it be known.
The project now ending
So everyone's here.
Let go of beliefs
let go of the fear.

We were standing alone when the lightning struck.
We were watching across the field.
We were sitting alone,when they heard our call.
came crashing now They yield.

The flash of a moment
returning with grace.
return of the power
The light of this place.
Roaming the Sea's
& roaming the starz.
Out in the field's
With flying carz.
flowing with passion
The moment is here.
Here to Awaken
The lover's who fear.
Here in a moment
Here to remember.
Here with a flame
It's Early September.