0
2
Im going to start with my favorite unknown creature....MERMAIDS

Since ancient times, sailors crossing the world's oceans have reportedseeing mermaids, beautiful fish-maidens with long flowing hair and
incredible powers of seduction. These exquisite creatures are described
as irresistibly attractive with the torso and head of a young woman and
the lower body of a fish. The first mermaid stories date back at least
3,000 years, and reports were still common up until the discovery of the
New World by Europeans. Such tales sometimes describe mermaids as
helpful, saving sailors who had the misfortune to fall overboard. Others
convey a more menacing intention on the part of the fish-ladies, such
as their fondness for making ships crash onto rocky shores. Still others
describe these fin-tailed beauties as murderous beasts that seduce men
with beautiful songs and then kill then mercilessly for the sheer joy of
it. 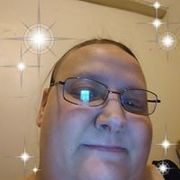 "I absolutely love Mermaids. They are one of my favorites"

"I am not entirely sure. I have yet to explore the mysteries of California yet. It gives me a chance…"

"I would love to know more about these special prehistoric sharks. It sounds very interesting. I had…"

Here is a link on some info about Chupacabrashttp://theshadowlands.net/goatsucker.htm
See More
More…
Loading ...