Five days of protests in Egypt, with dozens of people killed and entire cities in turmoil, have revealed a whopping deficit of public trust in the Muslim Brotherhood, the Islamic group that dominates the leadership of this young democracy of the Arab Spring.

In cities like Port Said, the protesters have displayed an open defiance of President Mohamed Morsi’s orders on a curfew and state of emergency. Egypt’s Army chief warns of the state collapsing. And indeed, many Egyptians now talk of splitting up the Arab world’s most populous state.

The triggers for this upheaval were the second anniversary of the fall of Hosni Mubarak and a court sentencing 21 people for the deaths of 74 people after a soccer match last year. But below the surface of this dissent lies a deeper struggle. It is one trying to define the source of legitimacy for Egypt’s new leaders, or the kind of sentiment that cements trust between a government and its people.

As it has slowly risen to power in the past two years, the Muslim Brotherhood has broken many promises about the role it would play in representative government. Its flip-flops and power grabs in forming a new regime have only added to a worry among democracy advocates that Mr. Morsi would define his authority from Islam, or sharia law, rather than from constitutional rights and secular pluralism.

Even within the Brotherhood, a decades-long debate on reconciling Islam as a revealed religion with liberal democracy has yet to be settled, resulting in splits and high-level defections. A younger generation in the group wants to rely on persuasion to gain support while an old guard sticks to al-sama’ wa’l-ta’a, or “hearing and obeying.”

Now an Islamic movement founded by an Egyptian schoolteacher in 1928 faces the kind of protests that brought down a secular dictator. Protesters even chant the same word used in 2011: “Leave.”

Many Egyptians, or at least those in major cities, appear to be worried that their country might follow the path of Iran’s 1979 Islamic Revolution, in which Islamic leaders cite holy writ for secular authority more than they do public polls or election results.

The current protests show Egyptians trust democracy itself but they want more checks and balances on the power of elected leaders. Distrust is built into any democracy as a way to prevent the abuse of power by a few even if the system itself requires public trust.

What do you think they could utilize as energy on the asteroid? there will be water ice but what else could they use?

NASA scientists plan to capture a 500-ton asteroid, move it through space, and then keep it in a predestined position to act as a refueling space station for astronauts making their way to Mars.The proposal will be on the docket of the White House Office of Science and Technology in the coming weeks, as the space agency plans its budget for space exploration in the coming years. The asteroid project costs an estimated $2.5 billion, according to the Daily Mail.This would be the first time a celestial object would be captured and moved through space. Here's how it would work:When the space rock passes between Earth and the moon, it would be captured by an "asteroid capture capsule" attached to an old Atlas V rocket. When the spacecraft approaches the asteroid, the capsule will release a bag engulfing the spinning asteroid. The bag then will cinch up with drawstrings. Once the asteroid is roped in, the spacecraft will deploy its thrusters and tow the asteroid to a gravitationally neutral spot.A feasibility report of the project was prepared by NASA and the California Institute of Technology."The feasibility is enabled by three key developments," the report said. "The ability to discover and characterize an adequate number of sufficiently small near-Earth asteroids for capture and return; the ability to implement sufficiently powerful solar electric propulsion systems to enable transportation of the captured asteroid; and the proposed human presence in cislunar space in the 2020s enabling exploration and exploitation of the returned asteroid."NASA declined comment on the project, saying discussion could compromise negotiations with the White House. But the space exploration agency did say the technology could be available within 10 to 12 years. If the project succeeds, the technology could be used later to mine asteroids for resources. On Dec. 11, a newfound asteroid about 120-feet-wide zipped between Earth and the moon. The near-Earth asteroid 2012 XE54 came within 140,000 miles of the planet. For comparison, the moon orbits Earth at an average distance of 240,000 miles or so. The next day, the near-Earth asteroid 4179 Toutatis, which is about 3 miles wide, zoomed within 4.3 million miles of Earth.

Secretary of state hospitalized at New York-Presbyterian hospital after follow-up exam found the clot
Was treated for a concussion earlier this month after fainting while she battled a stomach virus
Doctors expect a full recovery and say there has been no brain damage
'In all other aspects of her recovery, the Secretary is making excellent progress and we are confident she will make a full recovery. She is in good spirits, engaging with her doctors, her family, and her staff,' Drs Lisa Bardack and Gigi El-Bayoumi said in a statement.

A clot occurs when a blockage builds up, either from partial thrombus (coagulated blood) or an outside compression. When the vein becomes blocked, the coagulated blood may extend to veins draining the area, which could lead to a lack of oxygen and tissue death.

For Clinton, 'the particular vein they're talking about, there are enough other areas for the blood to travel through so it doesn't build up in the brain,' Dr Sanjay Gupta told CNN.

The condition can be treated with blood thinners administered over several months until the clot breaks down.

A distraught-looking Chelsea Clinton visited her mother in the hospital this afternoon as she recovered from the clot, which stems from a concussion earlier this months.

Her mother is likely to ring in the New Year from her hospital suite so her doctors can keep a close eye on her condition.

Clinton, 65, was admitted to the hospital on Sunday and CBS New York reports that doctors want to monitor her for at least another 48 hours.

City of Heaven dripping water on us-similar spires as above pic.

-Three  paintings that are thought provoking.

1st -A black winged Angel plays a harp during the Fall.  There are two snakes emanating from the strings of her wrap.

2nd-A red, gold ,and brown winged Angel as Blind Justice.  Note the bull at the pointed end of the pike.  What do the babies in the cups represent?

3rd-A tarnished winged Angel whispers as she steals into a home at night.  Note the people in the upper left hand corner in worried prayer.

Modern English usage has blurred the distinction between cherubim and putti. Putti are the winged human baby/toddler-like beings traditionally used in figurative art 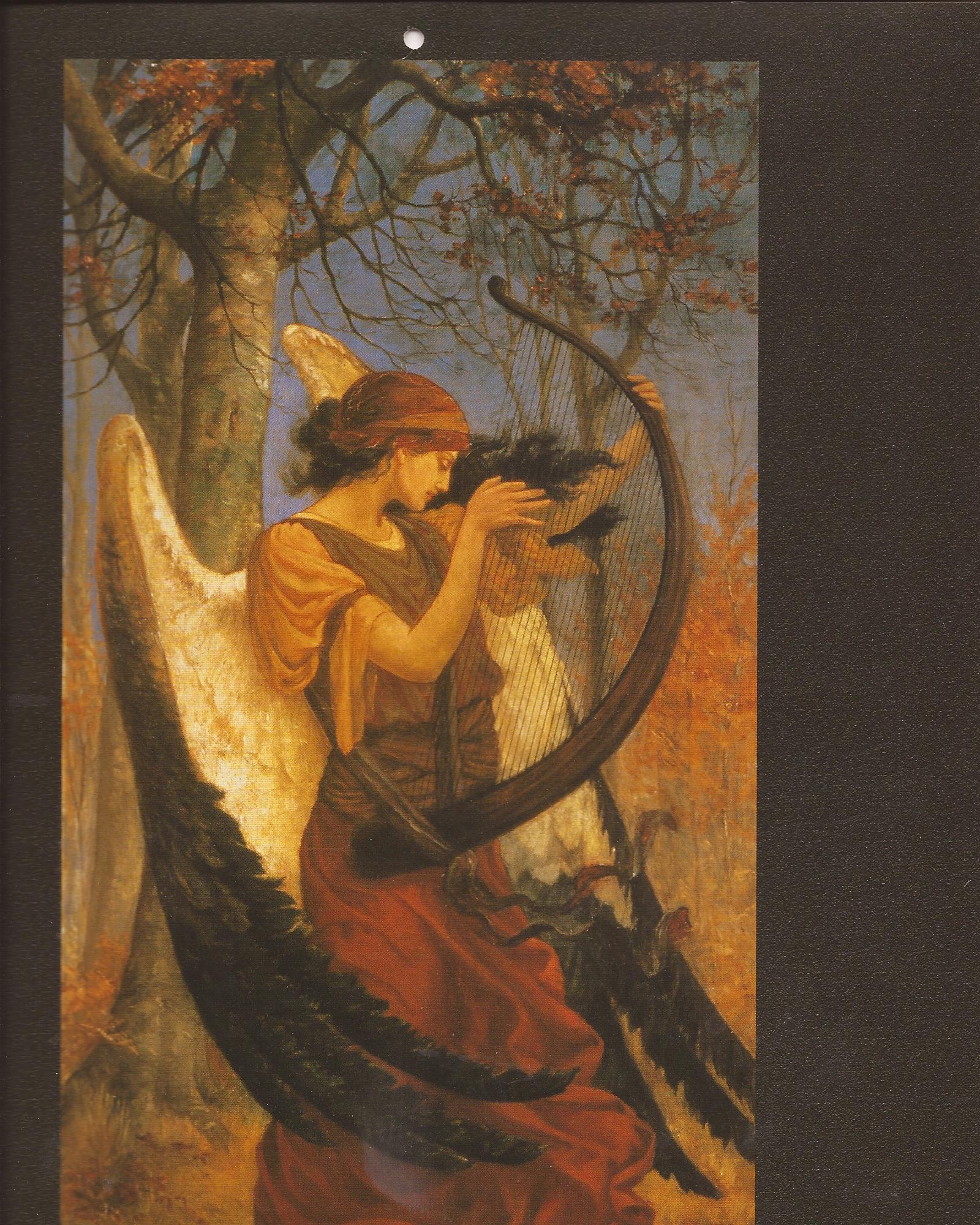 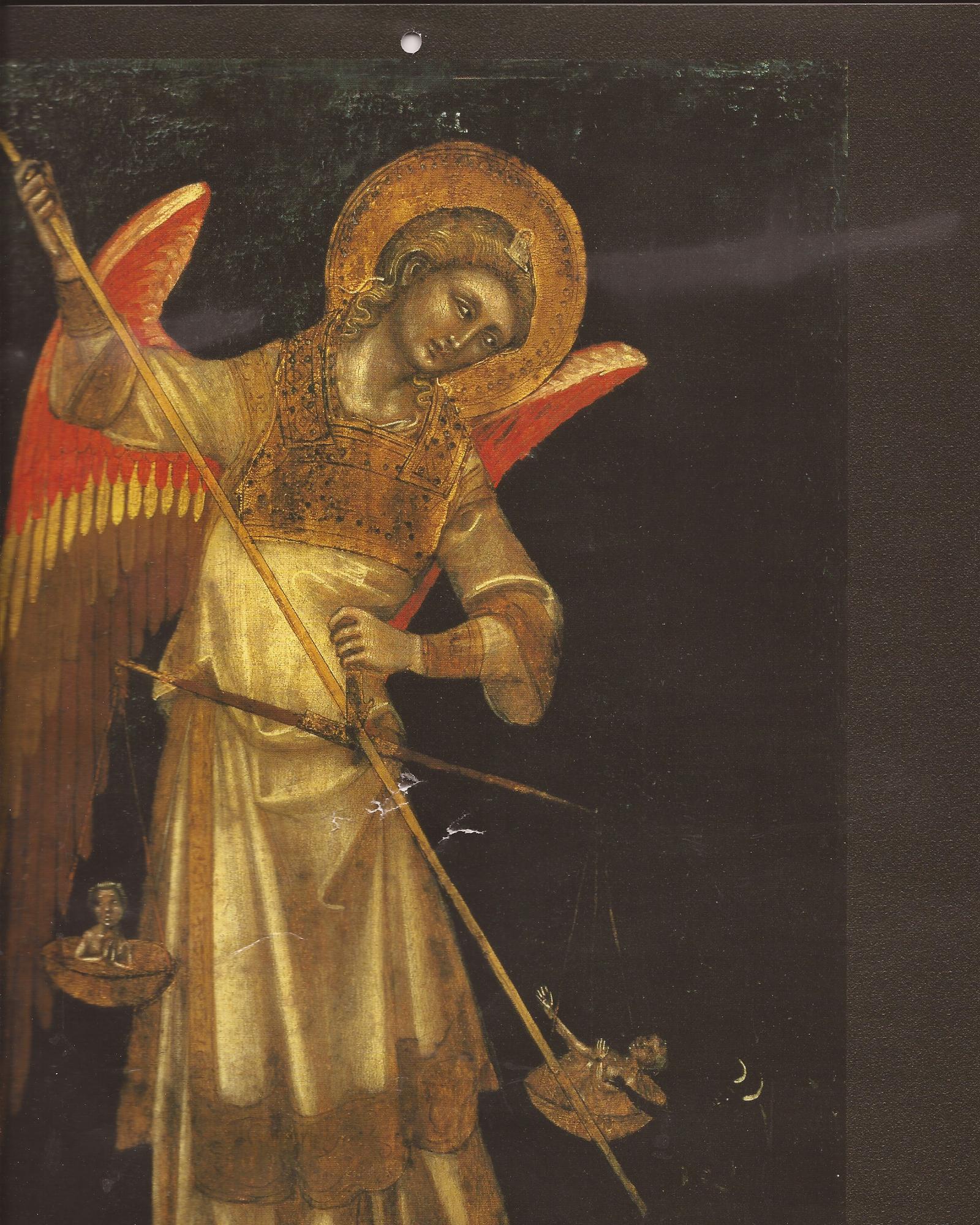 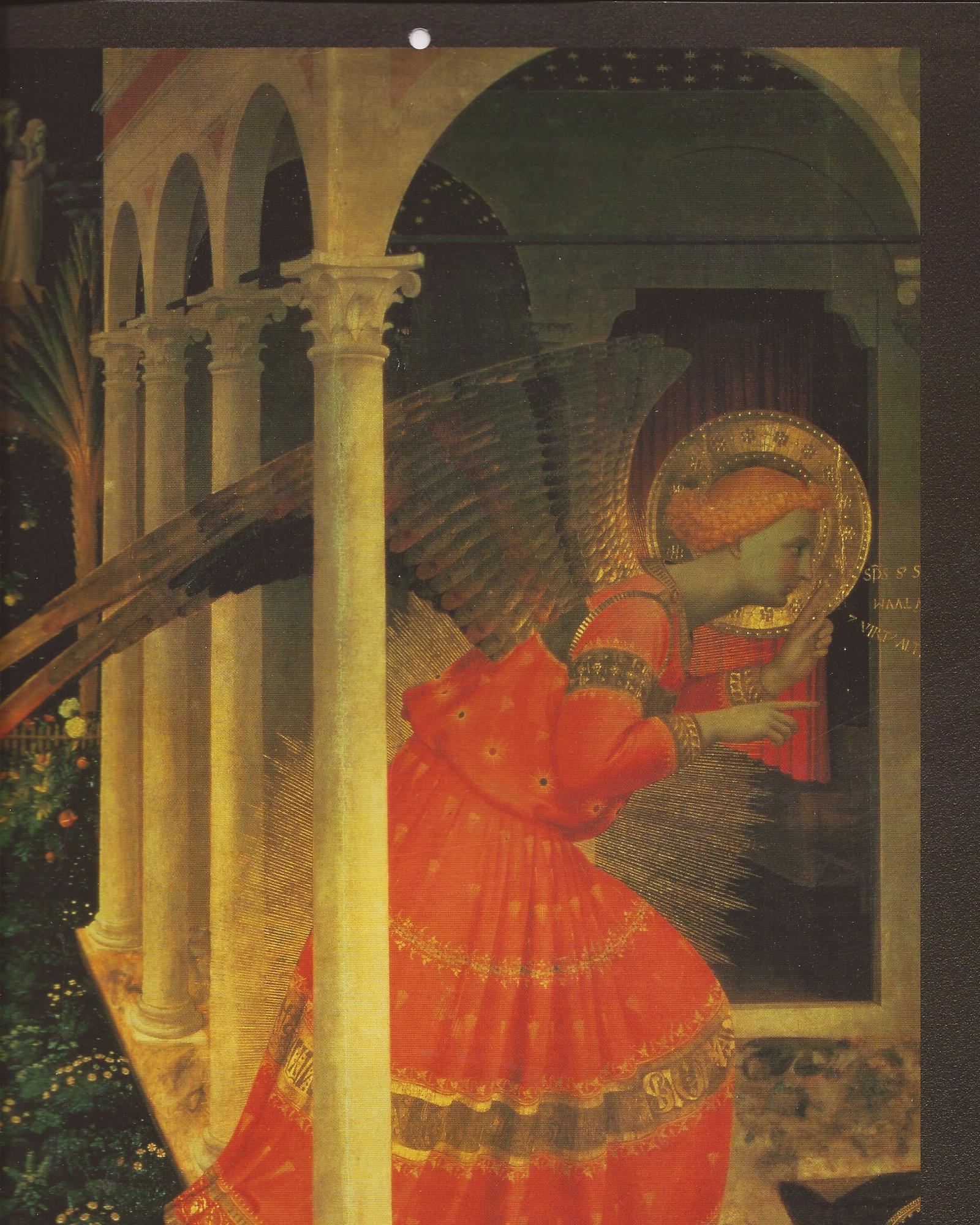