The Ascension Grid (aka Light-Grid) is the formed energetic lattice that covers our planet. It reflects and amplifies our ascending levels of consciousness. It is a crystalline 'light' matrix that was anchored in 1992, five years after the harmonic convergence. Although in place and functional, its total activation will involve 12 phases, with full resonant vibratory rate achieved on the 12-12-12 ...December 12, 2012.The 'triple' dates ( 01-01-01 thru 12-12-12) that occur uniquely for the next 12 years each carry numeric light codes that open & activate each of the 12 major faces of the light grid.
Visualize the grid as as a geodesic sphere, of pentagons and triangles, sparkling as a faceted, brilliant diamond. It is a seed crystal of new form, the double penta-dodecahedron. Its time has arrived, merkaba of Earthstar. The double penta dodecahedron has 144 facets, the number of Christ ascension. ( Each dodecahedron has 12 pentacles with 60 facets, add the 12 pentagons for 72, double this for 144 ! ) The concept of planetary grids is not a new one. Plato theorized the concept as did the ancient Egyptians, Mayans and Hopi Indians. In a sense, grids are the template, the 'program', that allows all life to operate in the graduated light format.

If you will, the Ascension Grid, is 'Windows 2012' , and it is quite necessary for our ascension. There is not one, but three grid templates surrounding our planet effecting human life. The three are separate, yet intricately related. The grids have separate functions relating individually to: (1) planetary gravitational field, (2) telluric electromagnetics, and (3) light consciousness. Any change or alteration to one, effects the others, in a proportional mathmatical ratio. The ascension grid is anchored into the earth with two axis points. Tremendous energy lines flow outward from the northern axis point and reeneter at the southern. These energetic lines are directly connected to every sacred sites of Gaia. There are thousands.
The grids reflect and to an extent regulate, parameters of the consciousness of both Gaia and spirit. The Gravity gridand Electromagnetic grid have been adjusted on several occasions since mans establishment on the earth plane 200,000 years ago. The light-consciousness grid has evolved with mans increased awareness.

Platonic Solids Geometry
Since our planets birth, the grid work around the earth has consisted of a sacred geometry matrix of one of the five Platonic solids. Plato believed that the earth's basic structure was in the process of evolving from simple geometric shapes into more complex ones. In order of complexity the five patterns theorized by Plato to be the building blocks of crystalline matrix, are the tetrahedron (4 faces), hexahedron (6 faces), octahedron (8 faces), dodecahedron (12 faces) and icosahedron (20 faces). Plato further theorized that the earth was evolving into an icosahedron grid.
Academics, including Dr Ivan Sanderson, Dr Hagens and Dr Becker, diagramed this shape in the 70's by connecting major electromagnetic fields on the map. The points formed a triangular pattern of pentagons…. an icosahedron. The icosahedron was in fact, the geometry of the planetary light grid for the past millenia, prior to the Harmonic Convergence. The 1987 Harmonic Convergence was a measurement of Earths vibratory level, a test. The Earth revealed a far greater measurement of 'light' than ever before. For the first time since the 'great fall', the planet carried more 'light' than 'dark'. As a result all three grids required 'upgrading'. The magnetic grid was adjusted to lessen the 'veil' separating humans from their duality. The telluric grid was adjusted to enable a greater vibratory rate at sacred sites. The light or ascension grid took on a new, higher geometric model, capable of regulating a far more sophistocated light code than the old iscosahedron.

As Joseph Jochmans writes in Earth: A Crystal Planet, "Beyond the Platonic series of Solids is another form being geometrically generated out of the old Icosa-Dodeca crystal. If you take an Icosahedron and join together with lines every other point inside the form, you create twelve pentacles or five-pointed stars. If you extend the outer edges of the Icosahedron and join these node points together, you create a second group of twelve pentacles or stars. This becomes the seed crystal that gives birth to a new crystalline form called a double penta- dodecahedron, composed of twelve double-pentacles equally spaced across the surface of the globe." The icosahedron is now being replaced by an ascension 'light'grid. A'seed-crystal' matrix, the double penta-docecahedron, is born. The evolved geometry is divinely fashioned to resonate a higher frequency for the new Earth.
Mainstream researchers are in fact noting that the node points and grid alignments earlier attributed to the Becker-Hagens grid map, no longer fit. Weather patterns are changing, climates are in major flux and migration routes of birds are altered. Whales and dolphins are beaching themselves far more often over the past 14 years since the harmonic convergence. The earth's geomagnetic field is changing, and changing fast. This all validates a change in the grid system and the work of the Kryon. The new ascension grid is increasing in frequency as the magnetic grid is lessened. The old crystal grid is fading, and a new crystal matrix is forming.
We are part of the new crystal formation….the ascension grid. One of the most meaningful avenues available to us in the ascension process is coming together as Lightworkers, in ceremony and unity, to awaken all humanity and bond with the Living Earth, by generating and directing positive energy.
By concerted efforts to support and give light to the ascension grid, we accelerate both it s formation and dissolution of the older matrix. The planetary Ascension grid is a manifestation of the energy evolvement and patterned growth of the Universal Consciousness. Earth is the living GAIA, the grid is her aura. Accordingly the grid contains the sacred geometry energy patterns of the Flower of Life, the crystal matrix of creation. 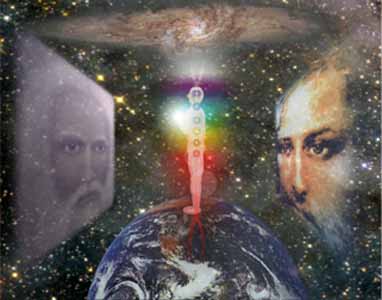 WE ARE CO-CREATORS OF THE PLANET EARTH AND GLOBAL ASCENSION GRID
We accept readily that we are energetic beings surrounded by a potent electromagnetic field. We chose to be part of the ascension process and the ascension of the living Gaia. We channel inward great flows of cosmic divine energy with the capacity to direct this light outward through directed meditative thought for the highest good. By unifying our energies in synchronized ecstatic states we form a powerful light vortex. This energy can cleanse, brighten, energize and activate according to our intent and flow. Our intent is light of the highest order, transferred to the new grid, the new crystal matrix of Gaia.

"you are the some thing dear heart , no, i just copied this as it was stargate  themed and well it…" 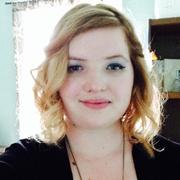 "Really great information, thank you for posting it!"

"Thats interesting, could you share any details about this "white room" i had an OBE and was taken…" 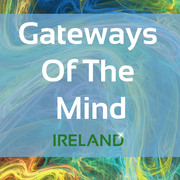 "Our only real freedom and path to truth is through the mind.
x"

"thanks Emma ,i hope some day we get the true history of our world ,it all seems contaminated a bit,…"
More…
Loading ...