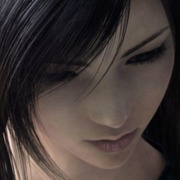 of 11 Next
This reply was deleted.

Awareness is the key

Is that an I-POD?

The Gods of Egypt...were they ETs?

The Sahara was once Tropical Paradise

Signs & Symptoms of going through the ASCENSION PROCESS

TheApocalypse 2012/Page 206
“From the beginning of history, as far as one can tell, (humanity) has recognized behind all the phenomenon of nature and consciousness a hidden power…there is not a particle of matter in the universe, not a grain of sand, a leaf, a flower, not a single animal of human being which has not its eternal being in that one, and which is not known in the unitive vision of the one.”
“What we see is the reflection of all the beauty of creation through the mirror of our sense and imagination, extended in space and time. But there in the vision of one all the multiplicity of creation is contained, not in the imperfection of its becoming, but in the unity of its being.”
Some of my research is dedicated to the study of this (force). This energy or vibration flows within all things, all inanimate objects, animals, people, in nature and in the seasons and the elements, the (force) flows through us, it surrounds us, it penetrates us and it permeates us. With training we can access this force and use it. It is the power of GOD and GOD itself!!

I have learned a great many things through out the years from many sources:

Considering that I’ve been on this path since the ages of 16 there have been many who have showed me the way. In the early years when I began my quest there were what I’d call teachers and helpers. These were people, places and things who lit the path, who acted as guides and showed me the way to go. If my spirituality and beliefs were a building, these were the people who built the foundation my fundamental beliefs and truths and principles. There were a variety of religious sources that I took bits and pieces from as I explored the avenues of centralized or mainstream religion. My parents were strict Catholics, so I was raised Catholic. I use to remember my dad packing up my sister, my and I and we’d go to church every Saturday and Sunday. I also had to attend catechism during the weekdays. One day an event happened that changed this, my dad just stopped going to church, my mom had become a Buddhist and my dad didn’t go to church anymore. So now we entered a period where there was a spiritual vacuum and NO religion. This was when the quest truly began! I explored a variety of churches from that day on, Methodist, Baptist, Presbyterian, Lutheran, and Episcopalian. These are all great churches with great people, but they lacked something and could not fill the void in me nor satiate my thirst for wisdom and knowledge so I moved on. I became a Buddhist for a few years I thought this was it this was the way, but once more I moved on. I eventually found the New Age movement and got into Witchcraft, Paganism, Shamanism and the Occult. Now I thought this has got to be it, this is the way, I had gotten caught in that New Age void that I find many people who are involved in the New Age movement get stuck on, that middle ground and interdependence on all the little trinkets, accoutrements and methodologies you find out there, i.e. Tarot cards, Astrology, Numerology, Channeling and so on. Not that there’s anything wrong with these things per say, I feel that they are tools and that many people within the New Age movement come to rely too much on them, developing an interdependence if not a dependence on these things and they loose sight of the prize ultimately!! They get stuck in the movement itself and all that surrounds it and end up caught up in a perpetual loop-de-loop like the hyperbole gerbil running on the wheel, never moving forward just caught up on the wheel of the movement!! This is where I ended up for a long time. I didn’t catch the little nudging and signposts my teachers and guides were leaving me on the trail, I was too busy running on that damn wheel. Eventually someone managed to finally get my attention and I got off the wheel, I moved on to the next phase. During this time there were no more teachers and helpers, they became null and void. I sort of ended up in a spiritual vacuum of no religion/no spirituality. My early years had given me fundamental knowledge or built the foundation and my New Age experiences had given me insight, knowledge of the world beyond this world and awareness of the unseen forces at work in this world, it had built the frame of the house, but the house was still incomplete it lacked a roof, walls and windows…but what were these things?

Hi All,OMG!  Well it appaers that once again someone or something has hacked my email accounts and wreaked havoc, I have my suspicions but I'll keep it to myself.  I'm unsure as to what to do as I am getting an average of 21 to 25 attempts…
See More

"So what's the problem!?....WHAT!? You think it's a "lie" or some kind of "headtrip"???  Good GOD man grow a brain please, I'm NOT here to play games, I'm here to spread enlightenment, knowledge and awarness, in a sense to WAKE PEOPLE UP, plain and…"

"Well let me look around and see if I can find those links, DOH it's been like ages since I read all this stuff.  The diagram btw is based upon info gleaned from the Bible."

Next: If this is rigged, what else is rigged?"

"He belongs to the Mongols.
Atlantean root race?

"Of course, the Johnny Depp trial is a completely boring distraction from a real trial of salience, that of Sussmann, the cabal's minion...

I believe that as the Sussman trial continues and exposes Hillary, as paymaster for the Russiagate hoax…"

"I'm watching the hearing right now and let put it this way, at least they are oficially talking about UFO's, let's see where this is going"

"Dear members, On Tuesday, May 17, 2022, at 9:00 a.m. ET, the House Intelligence Counterterrorism, Counterintelligence, and Counterproliferation Subcommittee, chaired by Congressman André Carson (D-Ind.) will hold an open hearing on unidentified…"

"Not sure if anyone has been on the Orient Express, but this very appropriately quaint and stylish, Russian 1953-manufactured steam engine, travels across the snowy forests of Russia, with much of a similar poise...It even has an on-board pianist,…"

"Genghis Khan? San-he destroyed one advanced culture after another, mass slaughter blood rituals, cannibalism-the Horde was a rolling horror machine and they left nothing to the world of any cultural value-absolutely nothing. Except pyramids of human…"

"😷Damage from the covid vaccine still continues, around the world....And the death toll has been higher, as a result of censorship of any critique of the vax, so that people have been largely uninformed, who took one shot, or more...Two widows of…"
More…
Loading ...