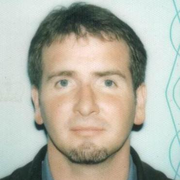 A Call to ALL Lightworkers

Started by Paul Westmerland in Spirituality In General

Started by Paul Westmerland in Spirituality In General

I AM... ONE with the Universe LIGHT Energy to Protect the West Coast of The AmericasWe the Body of the Christ expressing our Buddha Nature... In this Moment in time and space —as our Vernal Equinox.Let us remember the Blessing of Balance (equal)... The Violet Fire ofFreedoms…
See More Our personal equivalent of Shamballa must be something genuinethat grows naturally out of our own lives and experiences, somethingthat comes, in fact, from the inspiration of the deeper mind. The mythof Shamballa is meant to encourage us to find a…
See More "From Ripple to Wave ~ Our Power is the LIGHT for the Path to Peace and Harmony ~ Love and Truth ~ Paul"
More…
Loading ...
Loading ...

"I discovered him about a month ago, Imran Khan should have been on his show because of the coup d'etat in Pakistan, he is now online and on most platforms, I like his anti-imperialistic and anti-NATO (anti-cabal for me) view"

"Yeh I used to watch him on the Iranian outlet, "Press TV" and also he appeared on RT, before it too was blocked in the UK...He is a lefty, but of the non-woke type, so a man of principles and a passion for equality and fairness, in the traditional…"

"very informative Drekx,
I'm listening to George Galloway's (the old socialist ;)) weekly "The Mother of All Talkshows", I think he is based in London, he has about 1 Million listeners over the week, also very informative but only on eartly matters…"

"People often get confused with who the Atlanteans were, but you could summarize their long pre-history, via their Earth-chain evolution, using the vehicle of root-race/sub-races....

Actually, because of Semjase's injury, back in the late 1970s, while visiting Schmidrüti , in Switzerland, her Commander at that time, Quetzal, was tasked with replacing her contact role with…"