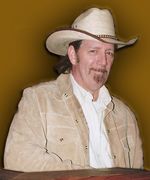 Plan B "The Powers That WERE"

Found on AboveTopSecret.com An article about what "THEY don't want us to know.

From "Half Past human" the new War Season, a terrible choice…..

A Great vision for the Conscious Convergence

OK. Once upon a time, I was a hard core, right wing. first assy of god, bible thumpin', holy rollin', married, republican A$$, dedicated to proving to all the heathens, which to me included just about everyone other than a very few "real" christian churches. Mormons, JW's, Catholics, Bahai etc. ALL goin' THERE. 13 years ago I was divorced and kind of swaped a few other preferences in my life as well. Prior to that, I SLOWLY started changing my attitudes when my father yelled because we were watching and let our kids watch Star Wars. "`The force' isn't of god, so it's satanic". Then as I studied the bible, so I could of course show all those others where THEY were wrong, I found all the things the churches don't want you to know, find or ask about. THEN I started looking everywhere for real answers and the truth. So now, according to a few on line surveys I've taken, I'm an eclectic pagan, or a neo-pagan. I see only one law or rule that one needs to beware of or be aware of, and that is: No matter what you do, or what energy you put out, it's comin' back. Sometimes as light as a feather and sometimes as a ton of bricks directly over your head. I don't see or believe the christian 7 times, the Wiccan 3 times etc., just that "It's Coming Back" That, along with a real concern for all, has me careful to send love, light and good energy wherever and when ever I can. I am an empath and denied that for years until a great psychic told me WHY I was going through things and how to shield, AND how do let down a gross amount of shielding I'd built up even as a kid. I can not allow myself to get truly angry or things break or the person I'm that angry with gets hurt. I found that out the hard way and laughed when another psychic tried to tell me "you can't get angry" a few times and when I just said "I know", she stood up and almost yelled "You can't get angry or people get hurt". I again told her that I know, and the 2 examples I vividly remember. So... I KNOW the energy is out there (or HERE) and that we can all DO a lot. I know that what we truly believe has an effect and affect on US and those we know, love and even those we're not at ALL fond of. I do not fight, I do not "return" bad energy to the person sending it when I can ground it and be on about my business. Having discovered that sending love and light energy back instead tends to confuse the living daylights out of everyone. I COULD go on for awhile, but I'll be the few of you that do read this are thinking I should have left the original "I'll get something here later" here. :-)

" If you buy a house and your real estate agent says that it's all looking good and you're in and can keep your house, and then the bank finds a loop hole and takes your house, did the agent lie to you or was that agent also mislead?
You HAVE read…"

"She said the OLD, Hard Core, Raised to hate, needed to die. As in OF OLD AGE.  Not that she wanted them killed, and the Senator WAS being racist and extremely rude.  Had any other president done the same, that would never have been said.  The…"

"This is what I read was posted by Nancy:
"Liar, etc. is in the mind and heart of the beholder, first law of projection, and you know, from personal experience, that this is true."

Your Lovely Spiritual response,,,  Nancy didn't call you a liar, she…"

"OK Folks.  The cover of that magazine doesn't say anything bad about him, and in fact says he is what's needed for the party.  How he can win them over.  The only thing that COULD be seen as a reference to his weight is "What THEY (his rivals) will…"
More…
Loading ...
Loading ... 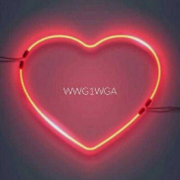 The Galactic Federation of Worlds is here to help Humanity of Earth. https://youtu.be/Maud6Bu3dqQl find Elena Danaan the best that comes forward from her heart to help the people of earth,Her mission is simple,to inform the masses to 'Wake Up' This…
See More