What is causing all of the violence in the world? Could it have something to do with time-lines? Are we being pushed back from a 5D time-line into a 4 D world where chaos exists? It sure looks like we were on a lower time-line when the violence occurred in France on November 13, 2015. That was right after the Gateway opening of November 11, 2015. Is there something else we need to know about time-lines?

Here we were making lots of progress and moving forward to a higher frequency world and boom down we went again. It’s like when you are flying in an airplane and all of a sudden you come to some turbulence that you have to work through and then everything goes back to normal. I think we are in the process of moving through some major turbulence that may last until the next Gateway opens on December 12, and we may feel the energy from that gate opening until the Winter Solstice on December 21.

It’s my understanding that there are 13 timelines/dimensions that are all manifesting at the same time. We have the choice of which time-line we choose to exist on and we can also jump from one time-line to another in the twinkling of an eye. Many of us have been jumping from one time-line to another quite often and not even aware that we are doing that. We can be on a high frequency time-line and not even be aware of what is going on in a lower time-line. There is a lot more to life than we can even imagine.

And then there are events that happen that we all tune into. On November 13 the planet Mars had just moved onto one degree Libra. On my Astrological Map, Paris is one degree Libra. The hidden goddess Lilith was on five degrees Sagittarius conjunct the karmic planet Saturn.    I looked at that configuration and thought no wonder there was a large event in Paris which was karmic in nature. Karma is the law of cause and effect.

I thought about how the Cathar’s were all murdered in France between the years 1204-1229 by Pope Innocent 111 along with the French Crown. Then the Templars were murdered on October 13, 1307 by the King of France. Those events were both major events in history. Also the first and second world wars were fought in France, plus other countries. Those events caused a lot of bloodshed. It looks to me like the event in France happened when the force was right for karma to come back to that area. What you give out comes back to you, and sometimes it takes years. This helped me understand that some of those people chose to be in that event to work off their karma.

I don’t think Mother Earth likes all of this violence that is fought on her soil. I think enough blood has been shed and this has caused much trauma for everyone concerned. It is so hard to lose a loved one and many people have been experiencing this energy lately. Have you also been experiencing this energy and been on the verge of crying for no apparent reason? Welcome to the world of the Empath. Fighting has gone on in the Middle East for thousands of years. When will they learn that fighting is not the way to go? The ones who chose to continue fighting will probably remain on the lower frequency Earth while many of us move to a higher frequency time-line where peace reigns.

The Earth will be showered with a wind from the 13th sign of the Zodiac called Asclepius, or Isis (the goddess) from November 30 to December 16th. For years I tried to figure out how the 13th sign fitted into a solar chart of 12 signs. One day I got the bright idea that the 13thsign is the ruler of the zodiac, and is the center cog. This cog runs all of the other signs. It is like a spider spinning her web and encompassing everything. It is symbolic of the Hopi creator goddess called Spider woman. The sun will be in this sign when the Gateway of the 12-12 opens.

The energy we are in right now is moving into an explosive type of energy that culminates on December 10, 2015 when Mars opposes Uranus on 16 degrees Libra/Aries. This energy is affecting Putin right now because his Saturn is on 17 degrees Libra, and his sun is on 14 degrees Libra. Putin has been in the news a lot because of his planetary aspects. On the world level Mars will be square Pluto, which is on 14 degrees Capricorn, on December 6th. The energy from this square usually brings power struggles, attempts to control others, and can also bring challenges with financial systems. Pluto will be activating Washington D.C. and Mars will be activating Rome. We may hear some unexpected news from the Vatican.

When the culmination of this energy is in effect (December 10th), Mars will be opposing Uranus on 16 degrees Libra which is the degree that means after a storm, a boat landing stands in need of reconstruction. This to me means there will be some kind of destruction at that time which will make room for the new. The number 16 Tarot card is the Tower Struck by Lightning. This culmination of energy does not have to be negative; it could be an explosion of consciousness, or a great awakening.

The next morning on December 11 we will have a new moon, which means it is time to start something new. After that comes the opening of the 12-12 Gateway. I think we will feel the energy from this Gateway for a long time; and this may be the trigger for the energy to start flowing in a more positive way, and then it will be time to celebrate.

Are you ready for the holidays? I like to celebrate on the Winter Solstice because the sun lines up with the Galactic Center at that time and a lot of energy comes to Earth from that center. The sun starts to stand still (symbolically) at that time and then on January 4thwhen the sun is at the closest point to Earth the light is reborn every year. Some religions still celebrate Christmas on January 6th and that is probably when the sun used to be at the closest point to Earth. Anyway, I like to celebrate the Festival of Light at the Solstice. The celebrations that happen as we are moving toward Christmas are in the sign of Sagittarius and that is a more light-hearted sign than Capricorn, which is a heavier energy because it is ruled by Saturn.

The full moon this December is early Christmas morning at 3:11 AM PST.  The sun will be in Capricorn and the moon will be in Cancer. The sign of Cancer is a good time to have family celebrations. The planet Uranus goes direct on Christmas and this is a sign of moving forward into the light. Did you know that right before midnight on Christmas Eve the sign of Virgo, the Virgin, rises in the heavens? This honors the goddess energy which is of course the feminine energy within everyone. It’s called Heart Energy. May God bless you during these High Holy Days, and may your light shine like a brilliant star in the heavens. May you have much joy and happiness during this holiday season and always?  Let’s create a wonderful new year.

I’m still doing Edgar Cayce Past Life readings for a donation of $30. They make nice Christmas presents for the person who has everything. If interested I will need the birth data-month, day, year of birth, time of birth and place of birth. Then I will need $30 paid to Paypal.com under planetalert@hotmail.com and please contact me at this same email.

"Is this group still active? I just notice I was a membe3r, I must have joined the first time I was…"

"After all your false alarms I have just one thing to say to this: 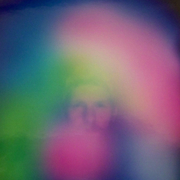 Here's another idea to throw into the "mix" here: A place where we gather to ask for, pray for, and…
See More 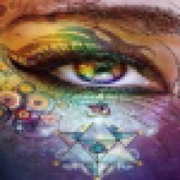 "I always pray for our world leaders to do the right thing."

"I have a suggestion for a specific focus for our group meditation times, after "Hugz"... to focus…"
More…
Loading ...