According to our traditions, in the year 2,440 BC a group separated from the Theocracy of Egypt, and through all subsequent times, as asecret order, the name of which translated into English means TheBrotherhood of Light, has been perpetuated, and has exerted a beneficialinfluence upon western civilization.

To this school we are indebted for the foundation of every science upon which rests, and which alone makespossible, modern civilization.

The Greek philosophers, Thales, Pythagoras, Plato, Eudoxus, and a score of others famed for learningthat might be mentioned received initiation directly at the hands of theEgyptian members of the fraternity.

At a later date this venerable order gave the impetus to learning in Alexandria, which made that city so justlyfamous. And it was one of The Brotherhood of Light, the noble Hypatia,who, after the decline of the colleges in that city, was the last towithstand the onslaughts of superstitious ignorance, and diedendeavoring to spread the light of ancient wisdom.

It was The Brotherhood of Light who preserved the taper of learning from complete extinction during the darkages, and who were responsible for kindling with it the fires ofscience and philosophy in Europe, even in the face of ruthlesspersecution.

The most ancient teachings in the world are those of THE RELIGION OF THE STARS. They have been handed down tocustodians from prehistoric times, and were the doctrines taught andaccepted in the School of the Magi in ancient Chaldea and Egypt. TheMasters of this school penetrated the inmost recesses of nature, graspedher arcane secrets, and made her forces subservient to the will of man.At no later date have the occult sciences and the laws of spiritualadvancement been so well understood in their practical aspect.

In later ages, to preserve this knowledge for posterity and at the same time to keep it from the hands of a fastdegenerating priesthood, the masters of this ancient religion andscience became a secret organization. No one was initiated into TheBrotherhood of Light, thus formed, until they proved mental and moralfitness to receive such priceless wisdom.

The Brotherhood of Light not only has persisted as such on the inner planes, but the line of succession hasbeen kept alive, although at times it became exceedingly thin, also onthe physical plane.

C.C. Zain (Elbert Benjamine), after two years largely devoted to occult studies and the development of hispsychic faculties, contacted The Brotherhood of Light in the year 1900,and commenced his studies under its tutelage.

In the spring of 1909, he was called upon to take a trip for the purpose of being made the successor of one ofthe council of three who conducted the affairs of the organization onthe physical plane. The one he succeeded had passed to the next life.

At that time he shrank from their suggestion that he, being still young, while they were well along inyears, should undertake this task. Yet during the year following thistrip, the circumstances of his life changed markedly. He became closelyassociated with members of The Brotherhood of Light on the inner plane.They succeeded in doing what the council on the physical plane hadfailed to do. In the spring of 1910 he gave a definite and irrevocablepromise he would write the 21 courses of lessons on the 21 branches ofoccult science, and that he would reestablish THE RELIGION OF THE STARSon earth.

In this work he has had the cooperation of the older members of the organization on the physical plane, and hasconstantly been guided and directed by teachers of The Brotherhood ofLight on the inner planes.

The five years following the giving of his promise to The Brotherhood were spent in preparation. In May 1915,he came to Los Angeles, started classes, wrote The Outline ofInitiation, and gradually began building a membership. The World War wasraging, and he was instructed not to open membership to the public atlarge until the war was over. The first public class officially gatheredunder the auspices of The Brotherhood of Light was held Armistice Day,Nov. 11, 1918.

In order to carry out its objective of reestablishing THE RELIGION OF THE STARS on earth, The Brotherhood ofLight was incorporated as The Church of Light, on November 2, 1932, 9:55a.m. PST, at Los Angeles. The three founders of The Church of Lightwere Elbert Benjamine (C. C. Zain), who served as President until hisdemise November 18, 1951; Elizabeth D. Benjamine, who served asSecretary-Treasurer until her passing in 1942; and Fred H. Skinner, whoserved as Vice President until his demise in 1940.

The Church of Light was incorporated to teach, practice, and disseminate The Religion of The Stars, as set forthin the 21 courses of lessons covering each of the 21 branches of occultscience, as written by C. C. Zain under the auspices of The Brotherhoodof Light.

The Lessons are each complete, and the courses are so arranged that those having made no previous study of suchsubjects may advance by easy steps to a complete mastery of the mostdifficult subjects. At the same time the information is so condensedthat no useless reading is required; and is of such a nature that themost advanced occult teacher will receive new light from every lessonfrom the first.

Those not Members as well as Members may purchase one or all of the lessons embraced in any course. Members,however, are given additional privileges. When a course has been studiedwith the aid of the question sheet furnished with each lesson, theMember is furnished with a set of Final Examination Questions coveringthe entire course. The answers to the Final Examination should be sentto The Church of Light headquarters where it will be audited based upon apass/fail system.

Every Member passing the final examination on a course is advanced one degree in Membership in TheChurch of Light and is awarded a diploma showing the degree ofMembership attained, and given a Private Manuscript corresponding to thenumber of the degree to which he/she has attained. Any Member whosuccessfully passes all 21 Final Examinations receives a HERMETICIANcertificate.

The Private Manuscript for each degree is indicated in the List of Lessons. These Private Manuscripts are SOLD TONO ONE, and can only be obtained by passing the requirements of thedegrees to which they belong. They contain information of value that itis unwise to impart to those who have not shown mental and spiritualworthiness to receive such information.

We consider all humankind brothers and sisters in the higher sense, and utilize our resources, both occult andphysical, for their benefit. Our members work on all planes and in everysphere of life, ministering unto the needy. We recognize the call ofdistress and extend the helping hand. It is our endeavor to lighten theburdens and increase the happiness of all with whom we come in contact.

We teach the cultivation of soul attributes in the evolution of the individual from man to angel. In thisdevelopment we believe there should be simultaneous progress andexpression on the three planes of existence: physical, mental andspiritual. In addition to theorists the world requires practical andunselfish workers inspired by a growing spirituality to relieve physicalsuffering, to enlighten the ignorant, and to bring hope to those indespair.

In life nothing is worth while but unselfish effort. To labor ceaselessly for the benefit of the needy isto live the Life of the Spirit. Every opportunity to assist anothershould be grasped as a blessing and considered as such. Not along onechannel only, but through every avenue of human endeavor available forsuch work, should the energies be directed.

There cannot be Two Orders of Truth in the universe. Therefore, we deny that there is any antagonism betweentrue Science and true Religion. We accept but one book as infallible ininterpreting the Will of Deity. That is the Book of Nature. We worshipbut one Religion, which is also a Science. It is Nature's Laws.

Our members are under no obligation to accept our teachings. We encourage them to investigate all existingreligious and occult organizations, and we desire that in every way theymay broaden their minds and increase the range of their knowledge,exoteric and esoteric.

We desire no one to accept anything upon authority. Our teachings will bear the searchlight of analysis, and weencourage the student to make critical comparison, not only with allother teachings, but also with nature, who presides as judge in thecourt of final appeal, and is the arbiter of all our destinies.

Put all things to these tests: Is it Good? Is it True? Some day, as the result of deeper thought and widerexperience you will be ready to accept ideas that you now lay aside asdoubtful. Just as in the past, if you are a progressive soul, you havediscarded certain beliefs that you once firmly held to make room forthose that are now the mold of your endeavor. 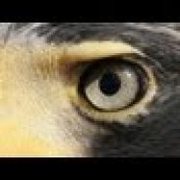 "Hi Stew these are generated message forms--mostly from the usa, so thy send promises and gifts of…"

WHY DO GROUPS LIKE THE ASHTAR COMMAND IGNORE & NOT REPLY TO REAL QUESTIONS?Posted by Stew LightStar…
See More

"Hi i could not agree more Stew, So im going to be honest to as what i find---It is difficult to…" 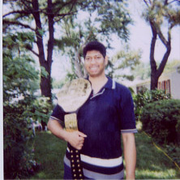 "Where did you find that link - the title of your post?  If you have any questions, you can ask me. …"

TO BE COMPLETELY HONEST FOLKS I JOINED THE ASHTAR COMAND CREW THING AND ITS NOT BEEN WORTH MY WHILE…
See More
More…
Loading ...