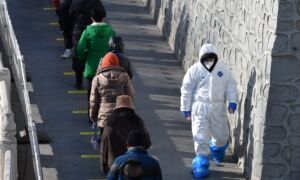 In China, we are seeing forced televised confessions, a mass surveillance state, the killing of Falun Gong practitioners for their organs, and what many are calling a genocide of the Uyghur people. Eighty-three global brands, including major U.S. companies, are tied to Uyghur forced labor in China.

Over in Hong Kong, 53 pro-democracy activists, lawmakers, and lawyers were arrested on Jan. 6 under the draconian national security law.

Despite all this, the EU recently announced a major trade deal with China.

On Thursday Jan. 14 at 9:00 am, Benedict Rogers will take part in the McDonald Laurier Institute‘s “A Way Forward, Part II: Defending Human Rights In China” panel. You can watch it at this link below:

This is American Thought Leaders, and I’m Jan Jekielek.

I like to share this video for those who are not afraid to be confronted with painful reality's of the fisicle experience and seperation from all that is Sacred.     https://youtu.be/0-P8BOy2Yss
See More

"true Joanna, when the nature sounds are louder than our thoughts, the rhythm is balanced so is our breathing as well.

To be underwater have a different effect on us; the human ear evolved to hear sound in the air (distracting, sharp, loud) and is…" 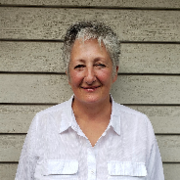