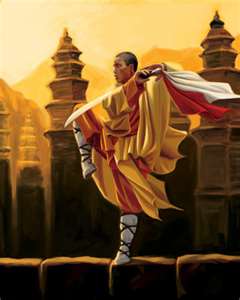 Everyone in the new age/spiritual scene is familiar with what a lightworker is….
Lightworkers…. those who soothe the soul, inspire the masses, heal the mind and/or body, and teach seekers the ways of truth and light. Lightworkers do their functions both in public and private, and are those beautiful souls that are sought when there is another in need.

Their methods are mostly gentle, nurturing, encouraging, empowering, or enabling in nature. The lightworker sees the beauty in all things, all the time.

What is unknown though, until now, is the “hidden” lightworker that you may have seen them from time to time. They are the lurkers that sit in rooms, or various forums, and it seems the only time they speak up is when something controversial comes to the surface. Seeming cold, logical, and often times seeming negative, they are often misunderstood and disliked among the lightworker community.

Lightwarriors… those who make known all sides of any given issue or topic. Those who defend and fight for light and truth, either in the earth or astral realms. Those who restore, fight for, and keep balance in all things. Lightwarriors can and often do those things that lightworkers do as well, but most often in a closed and one-on-one setting, and methods used may differ than those of most light workers. The lightwarrior methods may include the diplomatic but direct approach, bluntly honest in nature, but offering encouragement and support where needed and warranted. The lightwarrior approach may range from gentle and nurturing to a more intense, empowering “tough love” approach.Lightwarriors are aware of both sides of the coin, and defends the light by making all sides of an issue known, no matter how unpleasant or controversial.

Welcome to the World of the LightWarrior.

Lightworkers and lightwarriors are two sides of the same coin, but many times end up warring with one another. Both breeds have a shortsightedness to them, and each needs the other to bring forth a complete, balanced whole. Lightworkers, in all their beauty, tend to be blindsighted by such, often oblivious to, or totally denying the existance of darkness, polarities, and those things which fight against that which they uphold. Lightwarriors tend to be intense, often appearing to lack love and compassion, and speak from the viewpoint of blatant honesty, no matter how blunt or controversial. The lightworker needs the lightwarrior to bring to light those things which could block or hinder their growth or path. The lightwarrior needs the lightworker to see the beauty in all things, to soften and loosen up, and to let the love within them come to the surface. Therefore, lightworkers and lightwarriors are balancing factors for one another– they need each other.

Lightwarriors defend light, fight evil, and make known those obstacles which could block the progress of spiritual seekers. With this in mind, this brings forth the different types of lightwarrior:

The Astral Defender… In the astral realms, it is the lightwarriors who are unseen as they go into battle against those dark forces who attack innocent souls both on the physical realm and in the astral realm. In gatherings of lightworkers where a psychic vampire is present and seeking a target, it is the lightwarrior that confronts the attacker and defends those that have been targeted.

The Defender of Truth… Mentioned above, it is this type of lightwarrior that tends to draw the most fire. The defender of truth knows that truth itself is highly subjective, each having its own meaning to those experiencing it. What is truth for one person might not be truth to another. The highly subjective nature of truth, and the infinite ideas that truth represents, provide a unique challenge to the lightwarrior. The lightwarrior speaks ideas to the masses whenever he/she sees an area of concern that needs addressed.

The lightwarrior knows that not all lightworkers have the same level of discernment, and is aware that with the subjective nature of truth– his/her ideas may not resonate with all, and is therefore left open to attack by those of whom his/her words may not resonate. The defender of truth’s style of speaking may vary from lightwarrior to lightwarrior, but often times it is the bold and upfront approach taken by some that tend to inspire one group of lightworkers, while drawing reproach from others. Many times those in support of the lightwarrior will voice their words in private, while those against the lightwarrior will voice their opinions publicly. This tends to give the appearance that the lightwarrior is speaking to an empty room, and sometimes leaves their credibility in question.

This is a risk the lightwarrior is aware of, and is willing to take in the name of the Greater Good for ALL.

TO BE CONTINUED AT http://indianinthemachine.wordpress.com/2012/03/11/the-unknown-lightworker-the-lightwarrior/