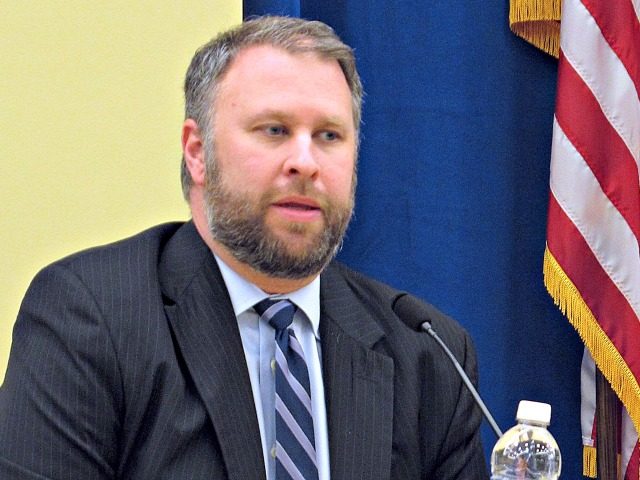 The founder of a prominent political action committee opposing President Donald Trump’s reelection was arrested on Tuesday in part of a public corruption probe.

Matthew Borges, a lobbyist and former chairman of the Ohio Republican Party, was arrested in connection to a year-long $60 million federal bribery scheme. According to prosecutors, Borges and three other lobbyists allegedly conspired with the Republican Speaker of the Ohio House of Representatives to secure a $1.3 billion taxpayer bailout for an Ohio-based energy company, FirstEnergy Solutions.

Law enforcement officials claim that in exchange for helping FirstEnergy receive the bailout, which was meant to prevent the shutdown of two nuclear power plants, a nonprofit controlled by the House Speaker received $60 million.

To what extent Borges played a role in the alleged scheme remains uncertain. Prosecutors have yet to announce formally the full scale of the indictment. As the Dayton Daily News reported, however, Borges was registered as a lobbyist for FirstEnergy as of last year.

While news of the arrests made national headlines, scant attention was paid to Borges work outside of his past chairmanship of the Ohio Republican Party.

Just last month, Borges joined with former White House Communications Director Anthony Scaramucci in launching Right Side PAC. The Super PAC was formed with the intention of identifying GOP voters that backed Trump in 2016, but because of dissatisfaction with the president might be open to voting for Joe Biden in November.

As part of the effort, Axios reported in June the group would highlight “Biden’s record on free trade, states’ rights, federal spending, and respecting U.S. diplomatic and military alliances … to make the case that most anti-Trump Republicans can feel comfortable supporting him.”

Unlike groups like the Lincoln Project, Right Side PAC would not spend resources attacking Republicans down-ballot.

“We want to take an opportunity to kind of reset things,” Borges told Axios. “And the first way to do that is cut out the cancer and start rebuilding… We’re not trying to become Democrats.”

It is unclear if the PAC will continue operation now that Borges has been arrested in connection with the alleged kickback scheme. Right Side PAC did not return requests for comment on this story.

The space ark is buried under Oleshky Sands National Nature Park, Ukraine’s national park which is 25 km (15 miles) east of Kherson. The park is highly unusual in that it is a semi-arid, desert-like area covered with low-fertility soil and sand.  …
See More

SGAnon did another great interview on November 27 with a group of patriots who appreciate and admire him very much. Part 1 was great, and Part 2 even better and it included a Q&A. These are some military veteran/spec ops/ type of fellows and as…
See More