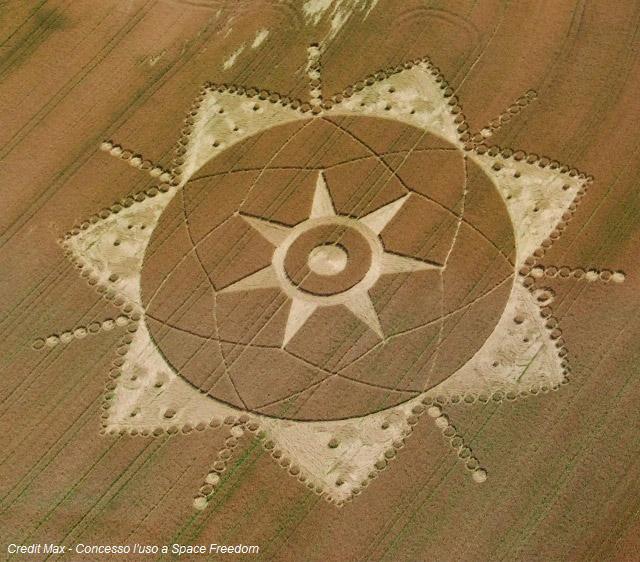 ■The universe is infinite, conscious intelligence that can be seen organized as dimensional matrices of the harmonic octave – the musical and visual spectrum of our natural universe.

■There are 7 fundamental tones of the sound octave, 7 primary colors of the rainbow, 7 basic geometric platonic solids, 7 main chakras of the human body, and 7 emotional sins and passions.

■There are also 12 tones of the chromatic scale, 12 primary, secondary and tertiary colors in the main color wheel, 12 the main fractal of the primal tetrahedral shape of living organisms, 12 Mother Goddess/Gnostic Sophia-Gaia wombs and feeling essences, 12 houses in the astrology zodiac, and 12 of the 2012 new world prophecies. 12 plus one is 13 a fibonacci sacred geometry number, the Goddess wombs joined in the pleroma/quantum vacuum and the spiralling fractal to infinity.

■Every bit or fractal has information of the entire whole, as seen in the holographic universe theory or Indra's Net. The quantum vacuum is a holographic recording in-formation system, and no part of a hologram can be destroyed.

■All individual and universal soul information is encoded in the cells of our body and in the air we breathe. The layers of the finite body matrix interface with the infinite cosmic matrix to create a whole system of embedded programs. We are individual holograms living in a much bigger one, such as characters in a video game or film (like Matrix or Star Trek’s holodeck), where there are mazes to navigate, battles to encounter and next levels to reach.

■Infinite phi spiral waves implode and explode in and out of singularity and multiplicity, such as the Cosmic Egg and Big Bang theories. Black and white holes invert and reflect into each other through tones and light. Gravity and levity push and pull galactic vortexing forces – with gravity pushing down and creating Earth and physical matter. These are the interrelated dynamics of the implicate order as the underlying, enfolded reality beyond perceived space-time notions, and the explicate order as the manifesting, unfolded order of the implicate.

■The harmonic light spiral vortex is the dynamic of creation as seen across all cultures – the spiraling dance of the cosmic spheres, yin and yang, prakriti and purusha, Shakti and Shiva, Heaven and Earth, the world tree structure, appearance of God in a whirlwind, embryonic shape of languages of the ancient spiritual world, including original Hebrew letter sequence, as well as Egyptian, Sumerian, Latin and Chinese.

■In esoteric terms, the spiraling merkaba or tetrahedron-shaped vehicle of sound-light and feeling-thought is responsible for time travel, teleportation, invisible shielding and levitation. Things vanish and return in large vortex fields, as evidenced in famous spots such as the Bermuda Triangle and Stonehenge.

■The vortex field reveals the effects of anti-gravity and transcendence into another dimension, and gives rise to all forms throughout the cosmos and is the metaphor of the spiritual ascension process.