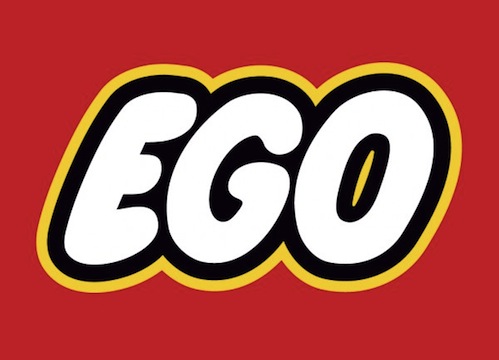 Heavenletter #5030 Published on: September 2, 2014
God said:
One thing you can be absolutely sure of is that I do not have an ego to consult. It is laughable that I would have an ego. To have an ego, there would have to be something I feel I have to justify. I would have to think I have something to defend. The very idea has Me rolling in the aisles.

Human beings have egos, for they listen to a false prophet. Ego at your side perks up its ears when he feels threatened and, therefore, feels he must stand up for himself parading as you. Ego is ever-ready on the alert, just in case. Ego has nothing to do but look out for offense. From smallness of vision, ego finds offense lurking around every corner. Ego’s attention is on smallness. Ego lacks a grand vision.

Hmm, is ego the opposite of God? Is ego the Mighty Mouse oppressor taking the role of defender? Is this ego? Ego, the fault-finder. Ego, the hair-splitter. Ego, the raging ox. Ego, the pincher of hearts. Ego, the thin-skinned. Ego, on the look-out. Ego, the censor. Ego, the critic. Ego who cannot be pleased because never enough deference is given to him. Ego, the inflamed. Ego, the heartache and belly-acher. Ego, the robot, who stands with sword in hand, ready to swipe at anyone who doesn’t give due deference. Ego, the warrior. Ego, the thick-headed. Ego, who constantly jockeys for position. Ego, the nit-picker.

What, on Earth or in Heaven, would I ever be doing with ego? Then I would not be God. I would be more like a crybaby. I would not reign. I would bounce off of everyone, and I would avoid darts. I would become a keeper of scores. I would be the farthest thing from a God. If I reduced Myself to ego, I would resign.

As it is on Earth, ego says to you with great aplomb: “See me. See me. I am your savior. Never mind God. He’s off somewhere smoking a peace pipe while I stand up for you. I fight off all the darts and arrows that are thrown at you. I cover for you. I protect your honor. I don’t let anyone get away with anything. I am quick to act on your behalf.”

Ego is such a con-artist. He sure has you fooled. You think ego is necessary. All the while, ego is a fraud. He incites. He starts fires. He starts conflagrations. He sets off bombs.

Now, you might say: “God, if ego is so nothing, why are You belaboring his non-existence? Why are You alerting us to the shabbiness of ego? Why do You talk about ego as if he were an arch-enemy? Why don’t You just ignore him? That’s what You want us to do, isn’t it? Why don’t You just huff and puff and blow him away?”

Beloved wrangler, ego does not exist! He is a false-front. I would, however, stand on My head to get you beyond ego. Ego is yours. He is your made-up cartoon character. Yes, I rail against ego. I try to open your eyes to ego so he can disappear from the face of Earth. Ant-bites hurt. They are so tiny, and yet they hurt. Ego is small, yet ego gets in your way in a big way.

Ego that doesn’t exist gets in your way, beloveds. And you are the ones who must leave ego behind. So long as you feel ego exists and exists rightfully, he is quick to incite you to battle. When you step over ego and beyond the strife he exercises in you, then you will know what freedom and peace are, and then you will live them instead of the pin-pricks of little non-existent ego.

82,1 against sanctions for Russia
87,2 agains Serbia joining NATO
84,7 against recognizing Kosovo in exchange for EU membership

"There's great pressure on Serbia to sanction Russia, you must know Serbia is the only country in Europe that has not done this 😁 for now we're independent 🙏"

ANCIENT AWAKENINGSSunday Call 5/15/2022 (St. Germain, OWS, & Shoshanna)James & JoAnna McConnell YOU ARE RIGHT NOW IN THE MIDST OF THIS GREAT CHANGE-OVER St Germain and One Who Serves channeled by James McConnellShoshanna – Joanna’s Higher Self These…
See More
More…
Loading ...