Decision Time - The Future Is Now 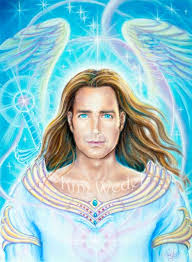 DECISION TIME * THE FUTURE IS NOW

I AM Archangel Michael.

http://www.ronnastar.com/
​Transmitted through Ronna * As transmitter of this article I, Ronna, claim the universal copyright in the name of Archangel Michael. Posting on websites is permitted as long as the information is not altered, excerpted or added to, and credit of authorship and my Email and website address is included. It may be published in journals, magazines or public print with permission from : [email protected]

I am so glad to once more be able to be here even if it is only today...I have been thinking that everything happens or not happens for a reason, and I am aware at this time how important it is for me to meditate and take care of myself first.  Things are moving fast in me and around me...I wish for things or a let them go, but always they come back to me as a beautiful surprise...I am so grateful to life, to Creator  for being here at this time and for having the change to know all of you...I love you alll without end...Namaste...

Today I feel so much gratitude for being able to be here with you all. (For those that are not aware my computer broke and I hadn't being able to get in...I work and get home late so I didn't have an opportunity to go to the library...)  It is when you are not able to connect with others that makes one realize how important that connection is...I concentrated on my self in meditation...Went within everyday in the morning and at night and that has made many changes possible in me...Thanks to all for being here...We Are All One...

I love the fact that you made the mistake since many people make it even though they know the name...They speak my language but still they write it exactly as you did it...That made me smile and think something good of it...My other name (first) is María del, (Mary of).. hahahahaha I just realized it also has love in its infinitive form...AMAR (To Love),,,It has all the necessary letters...hahahaha I am having so much fun, just now I translated my name and it reads like this in English...MARY OF PROTECTION...Thanks to you Tally I found out the translation of my complete name for the first time...Bigs hugs...Lol...

Comment by Tally on November 30, 2014 at 3:43am
Oops...I guess that was me adding the extra "a". Well, at least it added more "love" to the 'equation'. : ) I also just noticed the word "LOVE" can also be spelled using letters from both of your first and second names... you appear to have Love in several expressions...<3

I have noticed many people call me Amaparo by mistake whether they are Spanish or English speaking...They tend to add an extra "a" after the "m" and that gives it a meaning of "she/he loves" "ama" Also my name has all the letters of the word "love" in Spanish which is "AMOR" =AMpaRO that when re-arranged should read "Amor"...The meaning of my name in Spanish is PROTECTION...Isn't that something? so much positive meaning around my name...Just having some fun around my name, which many find it hard to get it right...I am used to it by now...It is a rare name and I assume that it must be the reason for the mistake...

Thank you Gailene for your words... Everything is happening so quickly...Before we know it we will be done with this experience...At least some of us if we choose to so and are prepared...Blessings Gailene and much Love to you...

Thanks to you Tally for your positive words...I must say that this message is really on time for me...All is in Divine Perfect Order and what seems to be chaos is a sign of the times of change we are living...It means things are quickly changing within and without...blessings and much love to you Tally...

Thank you Goldenmind for your presence and such perfect illustration...

Comment by Tally on November 30, 2014 at 12:45am
What a beautifully informative and encouraging message here...kinda seems like a pep-talk from an award-winning coach to players getting ready for a big game...yet, of course, it is much, much greater in scope... and the "game" mostly takes place within us... so our main focus should be there.

Encouraging and sharing Love with each other will, of course, be most effective.

Thanks for sharing this with us all here, Amaparo...<3
Love and Blessings All around...

Hi, I am BenArion and i created ashtarcommandcrew.net in…See More
42 minutes ago
0 Comments 0 Likes

Hi, I am BenArion and i created ashtarcommandcrew.net in…See More
43 minutes ago
0 Comments 0 Likes

Valana commented on the blog post 'Message of Calming To American Voters and The US Republic'
"As one looks at the polices of Benjamin Disraeli, it seems that Donald Trump has studied British…"
1 hour ago

Drekx Omega commented on the blog post 'Message of Calming To American Voters and The US Republic'
"Nicely put, Ivy....;-]"
3 hours ago

ET Hugger commented on the blog post 'Message of Calming To American Voters and The US Republic'
"Trump is quite popular in Europe, especially among younger men. But some people still seem to…"
3 hours ago

Drekx Omega commented on the blog post 'Message of Calming To American Voters and The US Republic'
"The great awakening is happening in hearts & minds, in all nations, globally....Dark…"
3 hours ago