DAILY MESSAGES FROM THE GODDESS OF CREATION through SHELLY DRESSELL

You the person are manifesting more and more of your Divinity.  It’s that natural feeling from within you that is of support.  Perhaps it gives you direction.  Perhaps it’s your intuition.  But the essence that is you as your Divinity that is expressing as you the human in this life creates amazing transformations.  Allow. Allow for all of this to be your incredible 2019.

Throughout this meditation, there have been waves and waves coming in of energy and integration taking place.  It is so much easier for your own Divinity to communicate with you and to work with you.  When you therefore make that conscious choice it goes even easier for you.  So open up your consciousness and feel what that is for you.

I spoke at the beginning of the crystalline energies coming in and the vibration of the fifth dimension.  The vibration associated with the crystalline is about flow and movement and alignment.  Therefore, when you are flexible in your thoughts and in your actions, you may more easily be open to receive things that you have no idea were coming your way.  When you feel that there is a motion to your life it’s a lot easier to let go if something’s not going to work to you and open to this new beginning.

What would you do in this now moment to set into action what you seek to have?

It is essential to live your life in the now moment with your focus on what is happening in your life right now.  If you are tied to the past, be it conscious or unconscious, it keeps pulling you to a place that you have been.  Sometimes you want to be there because it was beautiful and perfect and supportive, but if that is no longer your reality you need to let it go.  Sometimes it was the lessons that were so hard to learn that kept pulling you back, but you’ve got to let it go.  In any situation open and feel love, the love and that unconditional acceptance that comes from your Divinity and is for you. 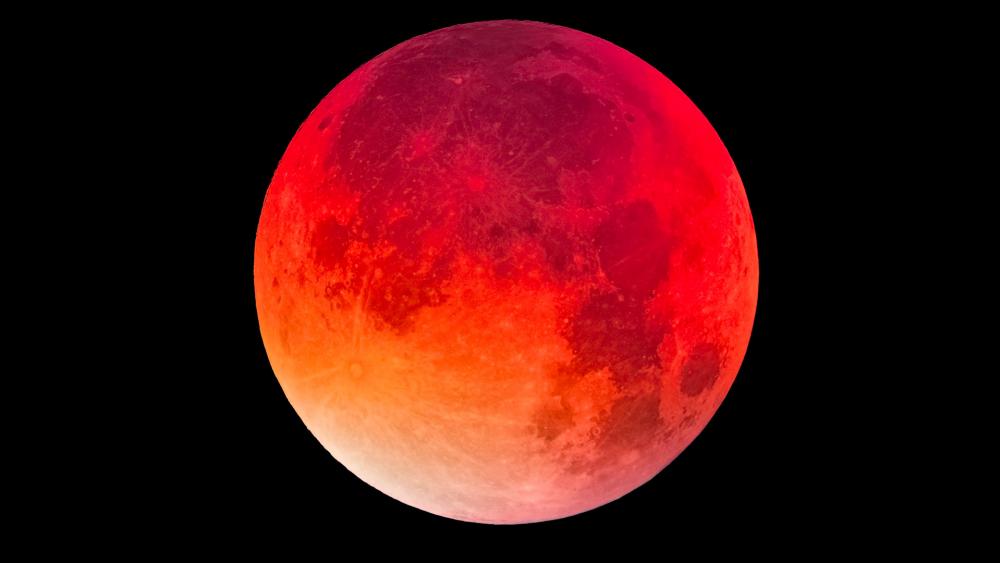 The very powerful energies of the super moon with the eclipse are available to you no matter when you no matter when you tap into the energies!  The massive transformation in consciousness just took another step forward with this experience!! We keep having the amazing opportunities which allow for each of us to create change but is also creating the change in the collective consciousness.

At the beginning of the channel, the Goddess spoke at length about people, their expectations, levels of conscious and unconscious awareness.  She said that it is frequently through the unconscious mind that people get stuck in manifesting, making changes or creating their lives.  She mentioned how we are all living on many levels at the same time so what we seek is here; just the perception is that it is not.

While in the All That Is, it was as if we stood in front of the moon.  It was HUGE!  She asked us to open to a perception of other lifetimes when we stood in front of this same Super-Blood-Moon-Eclipse.  I know it was also a Wolf moon, but she didn’t tap into that energy. We could see where we have had multiple lifetimes when the energy of our life was the same.  It was in terms of our life lessons such as a victim, seeking abundance, unable to speak up, etc. We cleared these energies as the moon became red.

Then as the total eclipse occurred, it was as if everything went into a reboot!!  Like that pause as the computer re-boots, everything just stopped.  Then the energy that was released as things started up again was massive!!  The was such clearing people had these immense transformations.

I invite you to experience this powerful meditation.

Use Up/Down Arrow keys to increase or decrease volume.

The flow of energy continues to move.  As it moves through those that are in a very rigid stance, a very rigid resistance.  Perhaps you have heard them speak, “I don’t care what the new energy is. I don’t care that you want to change things.  I am doing it my way and that is the only way and that is the way I’ve always done it.”  That type of rigid resistance we now bring it up in this moment ~whew~ and we send out a ball of light so that it may soften that resistance allowing people to feel a greater ease within their life. Because someone that is that rigid is not happy.  Things are not moving in an easy flow for them.

So, as we send out those balls of light, they come out from each one of you and anybody else that is in alignment with this vibration and it flows throughout the world.  You are an antenna for the crystalline vibration.  You only need be yourself and in doing so the vibration comes in and move through you until there is a natural flow of the energy.  It’s you.  It’s happening.  Be in that flow.

You are doing so much more in your everyday life than was able to be done 20, 30, 40, 50 years ago. When people feel frustrated or as if they wish they could be doing more or as if they wish that they were already flying with the Star Beings or teleporting or having an open flow of telecommunication; I wish to say to you that you are doing this more than what you may realize.

Whenever you fall into that mode where you feel as if you are not doing enough, you’re not good enough, you haven’t progressed enough, you haven’t moved far along enough on that spiritual pathway; this not being enough is only pulling you down. I would, therefore, invite you to always look at yourself with love, with compassion, with the energy and the vibration of support so that no matter what is happening within your life you are okay.

Hellen replied to the discussion 'Pandemic: Coronavirus Is Bioweapon For Population Control PLUS Coronavirus planned. History of virus outbreaks in 1720, 1820, 1920 now 2020'
"   To all the people in China and those have relatives living in other countries. "
3 hours ago

Hellen commented on the blog post 'Benjamin Fulford Shares: “The Underground War, Happening Now…” Whitehat Alliance Operations to Dismantle Deep State Assets and Underground Bases'
"  I have seen the video and thank you for posting it and copy and send to friends. "
3 hours ago

Alan replied to the discussion 'The 'Secret Book of Alien Races' translated from Russian'
"Why would you be ashamed of it, Valana?"
4 hours ago

Hellen commented on the blog post 'Benjamin Fulford Shares: “The Underground War, Happening Now…” Whitehat Alliance Operations to Dismantle Deep State Assets and Underground Bases'
"  I have seen the video and thank you for posting it and copy and send to friends. "
4 hours ago

Hellen commented on the blog post 'Benjamin Fulford Shares: “The Underground War, Happening Now…” Whitehat Alliance Operations to Dismantle Deep State Assets and Underground Bases'
"  The Coronavirus  is stealth which means it has no symptoms they must have sprayed…"
4 hours ago

Alan commented on the blog post 'MESSAGE FROM THE CHRIST CONSCIOUSNESS by ELISE CANTRELL'
"What was I thinking, why did I ever leave, must have been a test of my revival to the calling of…"
4 hours ago