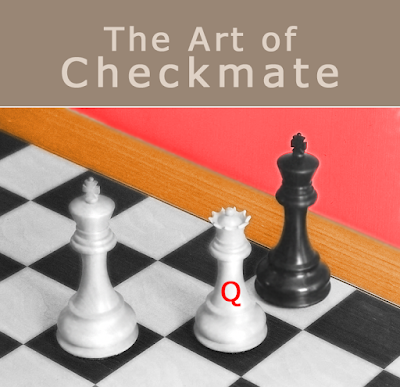 Brilliant move by the Q Movement as they were able to isolate and corner the Cabal/Deepstate.

For the people who think this entire QAnon thing and the global mass-arrests are a complete farce, allow me to explain the legal justification to what is soon about to take place. For the last 19 years our nation has been undergoing a SILENT WAR between military intelligence and The Cabal (New World Order). Though I can't go into all of the details, America has not just been at "War Against Terror" BUT WITH EMBEDDED LUCIFERIAN TERRORISTS OPERATING WITHIN OUR OWN COUNTRY. What I'm about to share is simply a historical breakdown of the legal maneuvers that have led us unto this tenuous point in American and world history.

Were you aware that America is right now under a "declared state of war" since 9/11/01?

That declaration has NEVER STOPPED. It's been continuous for the last 19 years. The "War on Terror" has been an ongoing war since the times of George W Bush and the fall of the World Trade Center. In fact, this ongoing DECLARED STATE OF WAR does not have a specific enemy nation. It's been a very broad-based non-specific "War on Terror." This non-specific DECLARED STATE OF “WAR ON TERROR” was obviously used by the Illuminati and their Rothschild puppets (Bush and Obama) to loot and plunder the Middle East, kill hundreds of thousands of innocent Afghanis, Iraqis, Syrians, and Libyans for their country's resources, and also to institute Rothschild Central Banks in those nations.

According to constitutioncenter.org (https://constitutioncenter.org/…/when-congress-once-used-it…) “A DECLARATION OF WAR automatically brings into effect a number of statutes that confer SPECIAL POWERS ON THE PRESIDENT and the Executive Branch, especially about measures that have domestic effect,” it says... these include GRANTING THE PRESIDENT DIRECT POWER TO TAKE OVER BUSINESSES AND TRANSPORTATION SYSTEMS AS PART OF THE WAR EFFORT; THE ABILITY TO DETAIN FOREIGN NATIONALS; THE POWER TO CONDUCT SPYING WITHOUT ANY WARRANTS DOMESTICALLY; and the power to use natural resources on public lands."

This clever bit of LEGAL JUSTIFICATION to plunder many nations and fulfill the desires of the Rothschilds all in one bang seemed fantastic under Illuminati puppets such as Bush and Obama. They went bargain shopping all over the world, stealing oil from Iraq, plundering Kaddafi's Libyan gold, taking control of Afghanistan's poppy fields for their CIA drug trade operations, while at the same time procuring child-slaves in these same countries for their Delta 6 intelligence/assassin operations.

But what would happen if a NON-ILLUMINATI PRESIDENT, someone like Donald Trump, came to power in this nation? He could not be bought out by special interest groups because he is already a wealthy man. Bribing or honey pot s** traps have long been the hooks of choice to ensnare politicians in blackmail, but what happens when the most powerful person in the world is NOT FOR SALE?

With a non-NWO president in power, the Illuminati knew they were royally screwed. They were exposed. They knew that Trump could cleverly REVERSE the entire DECLARED STATE OF WAR started under President Bush. They knew that Trump could REVERSE EVERYTHING against the NWO, the Deep State traitors in our country, the Central Banking elite, the rest of their human and drug trafficking cohorts at the alphabet intelligence agencies, Big Tech and MSM transnational conglomerates, and the Satanic scientists of Big Pharma. He could in essence declare every single Illuminati-bought traitor to be an enemy of the state and more importantly, in legal terms, an ENEMY COMBATANT.

The only thing that you would need to trigger all of these things from a DECLARATION OF WAR unto the AUMF statute (Authorization for Use of MIlitary Force) would be a DECLARATION OF A NATIONAL EMERGENCY.

Did Trump ever issue a DECLARATION OF A NATIONAL EMERGENCY?

In December 2017 President Trump issued an executive order that declared a NATIONAL EMERGENCY.

In that executive order it described the crimes of Barack Obama, James Comey and Robert Mueller under the section titled “corruption”. This order also gives clues about various other scandals such as Obama’s multi-billion dollar money laundering operation that gave nuclear weapons to Iran, and the Uranium One scandal of Hillary Clinton.

This specific Trump executive order targets, “any foreign person determined by the Secretary of the Treasury (MNUCHIN), in consultation with the Secretary of State (POMPEO) and the Attorney General (BARR)… to be A CURRENT OR FORMER GOVERNMENT OFFICIAL, or a person acting for or on behalf of such an official, who is responsible for or complicit in, or has directly or indirectly engaged in… CORRUPTION, including the MISAPPROPRIATION OF STATE ASSETS, THE EXPROPRIATION OF PRIVATE ASSETS FOR PERSONAL GAIN, CORRUPTION RELATED TO GOVERNMENT CONTRACTS OR THE EXTRACTION OF NATURAL RESOURCES, OR BRIBERY…”

This is a precise explanation of what Clinton, Comey, Mueller, Obama, Brennan, McCabe and other traitors carried out under the Obama regime DURING A PERIOD OF A DECLARED STATE OF WAR (DID YOU FORGET ABOUT THAT?).

THEY WERE COMMITTING TREASONOUS ACTS, LEGALLY CONSTITUTING THEM AS ENEMY COMBATANTS! This executive order (NATIONAL EMERGENCY DECLARATION) legally allowed for the United States Government to seize the assets of any person or company involved in human rights abuse or corruption.

These crimes are not merely federal felony crimes but they are ACTS OF TREASON AGAINST THE UNITED STATES OF AMERICA AND THEY WERE COMMITED DURING A TIME OF A DECLARED STATE OF WAR! (THANKS PRESIDENT BUSH!)

This was the impetus for Trump's declaration of a NATIONAL EMERGENCY in that executive order:

"I therefore determine that serious human rights abuse and corruption around the world constitute an unusual and extraordinary threat to the national security, foreign policy, and economy of the United States, and I hereby declare a NATIONAL EMERGENCY to deal with that threat."

But how is Trump going to EXPOSE THE CRIMES OF THESE ELITE TRAITORS and perform these mass-arrests if the INFORMATION of America is controlled by the treasonous Deep State mainstream media? It's actually very simple. Obama, in his lawless arrogance, decided to write an executive order on July 6, 2012 that set the precedent for what is about to happen in only days (https://www.federalregister.gov/…/assignment-of-national-se…).

Obama used this executive order to perform a rash of seemingly non-stop False Flag Operations designed to chip away at Second Amendment rights. These psy-ops were replete with crisis actors (sometimes using the same crisis actors for 3-4 mass-shooting events), and the mainstream media doing their usual job of misinformation, drama, and hysteria to cause the American public to want to turn over their Constitutional right to BEAR ARMS.

Obama never in his wildest dreams expected to have a NON-NWO president following him. The plan was to hand the reigns over to Hillary Clinton so that she could deliver the killshot to America... but that obviously did not work out as planned.

Here is some of the language in that specific executive order:

What this means is that Trump, through Obama's executive order, can legally take control over the mainstream media, big tech corporations, and social media, and USE THESE MEANS OF COMMUNICATION TO BROADCAST THE TREASONOUS CRIMES OF THE ELITE, EVEN THOSE WORKING INSIDE THE MAINSTREAM MEDIA.

But what about the MASS-ARRESTS?

Where is the legal statute for that?

In March 1, 2018, President Trump signed an executive order regarding amendments to the manual of the courts-martial (MILITARY TRIBUNALS..... GITMO).

This executive order establishes the government’s right to prosecute crimes of TREASON and COLLUSION against America. All of these crimes can be prosecuted by MILITARY TRIBUNALS under U.S. Law.
This means that TRAITORS WITHIN OUR OWN COUNTRY (ENEMY COMBATANTS... REMEMBER THE DECLARED STATE OF WAR?) can be mass-arrested by military police and tried in tribunals run by the Pentagon, bypassing the corrupt federal court system, who obviously has treasonous Obama-appointed Deep State judges.

We are now at a point where all legal parameters have been satisfied and activated through national emergency powers (December, 2017). With this continued DECLARED STATE OF WAR (that never ended) we now have the perfect framework to not only legally expose the crimes of the elite, but also to mass-arrest them and send them to GITMO.

So when someone tells you that mass-arrests are impossible.... that the American government would never send the Luciferian elite to a quick and swift justice-meeting with God, make sure to let them know of these specific executive orders that President Trump has created to DRAIN THE SWAMP.

After reading the entire article this all true and I like to mention there is a program called; The Phoenix Program that Douglas Valentine wrote about giving details of how this phycological warfare has been ongoing since the 1950s and 60s and through the 1970s. This could relate to the dismantling of all programs and others.

Yes he has a lot in his hands and he is working diligently...It is amazing how they tried so hard to discredit him of all the good he has done...

Trump, the best president Americans people could ever dream of to liberate their country Thanks for posting this 20-year war summary, patriot....WWG1WGA

This war has been and is real....The enemy are cornered and dangerous....keep alert.

In this group we can share information about oure loving Commander Ashtar. Share photo's or…See More
10 hours ago
2 Comments 2 Likes