BORN TO BE GODS

"Let us make man (mankind) in our image and likeness" - Elohim

In scripture interpretation we must always look at the speaker and the time in history of the writing.

So we have Elohim speaking and the time is "in the beginning".  Now we must ascertain the identity of the speaker and to whom the speaker speaks.

Let us now examine carefully the word, Elohim.  Here we have a word found only once in the Hebrew language that refers to both the male and female.  Eloh(a) is a female noun with a male plura ending (IM). No other Hebrew word is of mixed gender.  The word Eloh would ordinarily take the "OT" or female plural ending, the"IM" male plural ending only belonging to male nouns.

So we have a female Goddess? Yes and no because there is the "IM" or male plural ending meaning in your Earthian's general way of speakikng, "it takes two to tango".

(Reminds me of your teaching me the Tango and our going up on the Baker Hotel roof dance and dine, literally taking the floor as the other dancers stopped to watch us do some of the fancy Tango steps you taught me, falling back over my arms and spinning around under my fingertips. Please do not erase what I say as I'm writing!)

Now let us handle a slightly mistranslated verse that has kept mankind in bondage for thusands of years, bowing the knee to a Supreme Diety that only wanted love from the chidren of "their" creating.

The writer of Hebrews shows the position the angels take to  man and woman birthed by parents.  It all began with parents!  In the last verse of the first chapter of Hebrews we read that the anges are "ministering spirits, sent forth to minister (serve) mankiknd.

Another scripture in yoour sacred western scriptures tell you that you are NOT to worsip angels.  Angels are sent to serve you not to bow down to and worship as so many in the New Age groups are now doing.  Read your Bibles you might learn someting of use/ I do not meaan that in a religious way, you could learn as we;; from Krishna, the  Buddha or other sacred writings.

Why were you born? You were born to obtain a body to begin your trek upward to full Godhood, to take your place a rulers of Kingdoms, Planets, Solar Systems, Galaxies.  You are gods in the makikng.  Finding your Twin Falme, as ValAna and I found eacch other once more on the shores of White Rock Lake is only the beginning.

After one finds their twin flame there is no turning back again to the arms of another, it is considered a cardinal sin.  That rule should answer a lot of questions without my having to do so.

Angels, and there are levels of angelic hosts, are created beings not birthed children of God.  An unborn body with a Spirit is connected to the mother by an umbeliccal cord which when cut at birth leaves what some call, a "belly button".  Created beings have no belly button nor will they ever obtain to Godhood but must ever be the servants of Man.  Some did not like that idea and rebelled, being cast down from Kether to Malkuth where tey desire to be worshipped.  The worship of angels is considered sin, do not do it.

Let us end this discourse with the prayer that all mankind on the planet might come to know they are meant for much more than they have believed and they are not lower than the angels but only of their living Father-Mother God.  Neither are those birthed on the planet lower than any other from any other panet.  Do not let any use you by displaying their psychic powers as you have the same powers yet undeveloped in many..  Strive for attainment...strive for mastership...master your emotions and when the two become one...in that day yu will understand...may that day come soon to Planet Terra....Amen

Views: 44
E-mail me when people leave their comments –
Follow 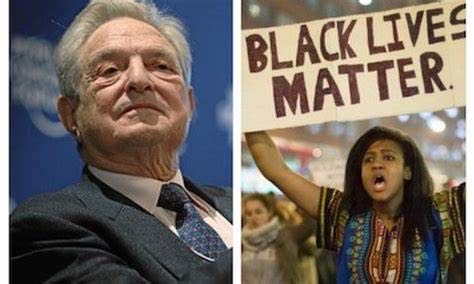 Rapper Lord Jamar: ‘George Soros Controls Black Lives Matter! It’s NOT Our Movement’! Great Video Confirming That There Is A Political Agenda Behind All These…
See More "LOL you need a magnifying glass to see the video itself, if it got any smaller it will vanish off the page.what is this??.."
More…
Loading ...

KaRa (Pleiadian Emissary), One Who Serves and Shoshanna - ALL IS IN READINESS TO BEGIN THE OPERATION OF COMPRESSION BREAKTHROUGH Via James McConnell

ST. Germain, One Who Serves and Shoshanna - THE STORM IS UPON US Via James McConnell